Who do you say I am? Atheist Julian Baggini and Christian Skye Jethani on whether Jesus was more than a moral teacher 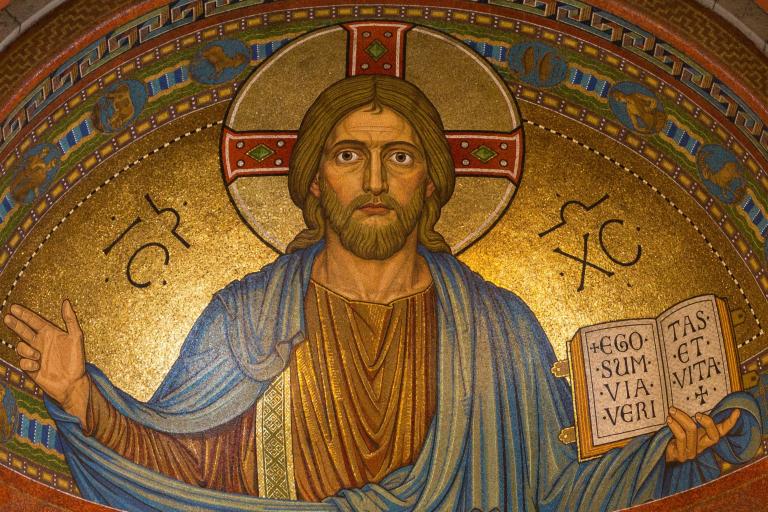 Ever since Jesus appeared on the scene, foe and follower alike have tried to separate His divinity from His humanity. Jesus anticipated this problem during His lifetime and made it a point to ask His disciples who people said He was.

Jesus knew He was being pigeon-holed as a baptizer and a prophet, a problem later compounded by the Gnostics who made Him into a mystical talking head and continued to this day in the multiple quests for the historical Jesus. Is it possible to bring Jesus down to earth and make Him into a wise sage, a great moral teacher or apocalyptic prophet? Or should “every knee bow…and every tongue confess that Jesus Christ is Lord?” (Philippians 2:10-11)?

Unbelievable? debated this question with atheist philosopher Julian Baggini and Christian author and pastor Skye Jethani. The primary focus of the debate was Baggini’s new book, The Godless Gospel: Was Jesus a Great Moral Teacher?

In the spirit of Thomas Jefferson and Leo Tolstoy, Baggini diligently went through the Bible and cut out everything a non-believer would find objectionable and then took what was left and pieced together a Jesus who looked more like a sage than a savior. While he recognized that many would criticize his methodology, Baggini felt it was a useful thought experiment for both believers and unbelievers because it separated Jesus’ earthly message from all the heavenly white noise and allowed one to focus on the radical nature of His moral instructions.

Jethani agreed with Baggini that most Christians don’t appreciate the profundity of Jesus’ moral teachings. In fact, in his book, What if Jesus was Serious?: A Visual Guide to the Teachings of Jesus We Love to Ignore, Jethani challenges Christians to stop ignoring Jesus’ words and start living them out.

Jethani pointed out that separating the moral teachings of Jesus from His divinity is not as easy as Baggini implies because they are intimately linked with a coming heavenly Kingdom that doesn’t play by earthly rules.

The problem with the Jesus of Jefferson, Tolstoy and Baggini is that He is the result of historical revision and not historical research. C.S. Lewis made it clear that carving out bits and pieces of the New Testament to find the historical Jesus isn’t cutting-edge Christianity but scriptural butchery.

“I am trying here to prevent anyone saying the really foolish thing that people often say about Him: ‘I’m ready to accept Jesus as a great moral teacher, but I don’t accept His claim to be God.’ That is the one thing we must not say. A man who was merely a man and said the sort of things Jesus said would not be a great moral teacher. He would either be a lunatic – on the level with the man who says he is a poached egg – or else he would be the devil of hell.

“You must make your choice. Either this man was, and is, the Son of God; or else a madman or something worse…You can shut Him up for a fool, you can spit at Him and kill Him as a demon; or you can fall at His feet and call Him Lord and God. But let us not come with any patronizing nonsense about His being a great human teacher. He has not left that open to us. He did not intend to.” (C.S. Lewis in Mere Christianity)

“And when Jesus finished these sayings, the crowds were astonished at his teaching, for he was teaching them as one who had authority, and not as their scribes.” (Matthew 7:28-29)

Those who heard Jesus speak knew that His words came with an authority not conferred by heritage, social standing or religious affiliation but from God Himself. Even the religious leaders felt the need to clarify where Jesus got His alleged authority:

“One day, as Jesus was teaching the people in the temple and preaching the gospel, the chief priests and the scribes with the elders came up  and said to Him: ‘Tell us by what authority you do these things, or who it is that gave you this authority.’” (Luke 20:1-2)

Jesus responded by asking them if John’s baptism was from heaven or earth thereby forcing them to address the very question under consideration by Baggini and Jethani: Do the teachings of Jesus come from God or man? Is He the Christ or a great moral teacher? Interestingly, Jesus didn’t give them a response but rather left them to contemplate the consequences of an incorrect answer. 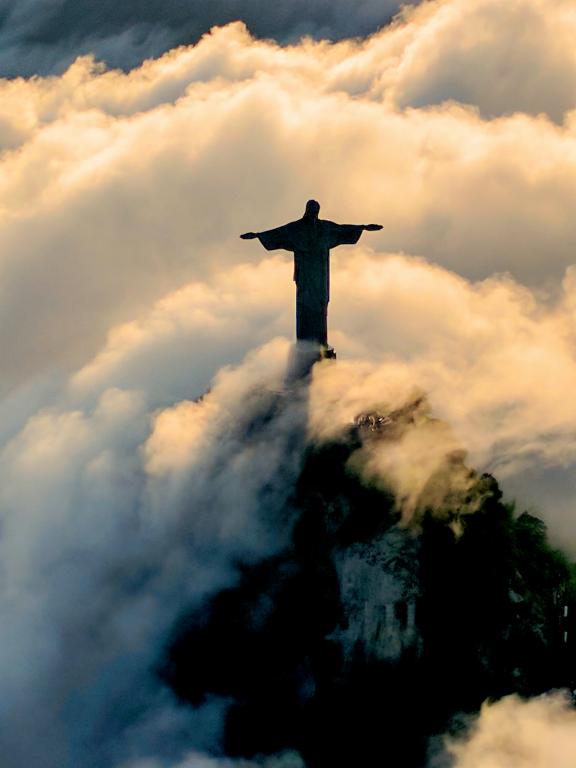 In the programme, Baggini noted that Jesus took morality to an unachievable level by calling us to be perfect like God is perfect. I would agree that it is difficult to be virtuous if one equates lust with adultery, anger with murder and suggests it is better to cut off a body part than have it lead to sin. However, the very fact that Jesus encouraged us to obey impossible moral commandments suggests He was calling us to a behavior that transcends mortal possibility.

While Baggini’s cut and paste exegesis successfully identifies our earthly limitations, it leaves the heavenly solution on the cutting room floor. A Jesus who calls us to unachievable moral heights is harsh if you cut out the part where He empties Himself. A Jesus who makes the law even more difficult by including thought crimes is cruel if you cut out the part where He died for us while we were still sinners. When you slash the heavenly solution you are left with an irredeemable earthly problem and the Good News quickly becomes really bad news.

Baggini believes Jesus was calling us to a good life that could only be attained by becoming virtuous. However, Jethani pointed out that the Gospels are not ethical tomes written to show us how to behave better, but rather books that reveal the impossibility of doing it on our own.

Jethani pointed out that the Gospels are more interested in the last week of Jesus’ life than the previous 33 years. Therefore, reducing the importance of Jesus to a lecture by a lake or a sermon on a slope misses the cosmic significance of Calvary. He was put to death by a government, religion and band of followers who failed to display any virtue whatsoever, yet, instead of scolding them for their moral failings, He said: “Forgive them for they know not what they do.”

Baggini pointed out that one of the most difficult moral commands of Jesus was to sell all we had and give to the poor. He found it quite disconcerting that the Christians he encountered while growing up in the church didn’t take Jesus’ words very seriously and seemed “very comfortable in their comfort.”

While the behavior of Christians towards money is often disturbing, Jesus will have none of it. He offered up the poor, meek, suffering, homeless and distraught as model citizens of the Kingdom of God. He told His followers that their well-paying job, nice home and well-behaved children may qualify them for a green card but never permanent citizenship in the Kingdom.

Jesus explained that entry can only occur when people relinquish all the accoutrements of personal divinity and enter with a broken and contrite heart. He has already prepared a room for us in His mansion so we need to surrender our dreams of remodeling it with our own stuff.

Baggini admitted that Jesus’ words probably rang true two-thousand years ago in a culture living hand-to-mouth, but falls flat in a modern Western culture that is living large:

“In a sense you are much more protected than you would have been two thousand years ago. So although it still remains true that it can’t give you that deep security, that emotional, you might call it spiritual security, it does give you a kind of security that’s accessible to many more people than it was, so I think the message is really hard to break through in this day and age.”

Jethani acknowledged that comfort can be a barrier to taking Jesus seriously, but pointed out that the very comfort Baggini thinks makes Jesus irrelevant was only possible because of the Judeo-Christian ethic of using wealth to help widows, orphans and the poor:

“I think when you take the broad testimony of Jesus’ words, you take the broad testimony of the Jewish scriptures and the New Testament scriptures, there is this undeniable reality of the dangers of wealth and the pursuit of comfort as an affront to faithful Christian living – not just because it’s dangerous for our souls  and communion with God, but it’s also, in a way, a hindrance to providing for the needs of others.”

Ought from an Is

One of the major problems for atheists is how to build an ethical foundation from chemical building blocks. How does one get a universal immaterial ‘ought’ from a particular material ‘is’? While Baggini suggests that moral leaders are a dime a dozen, He does recognize that Jesus took it to an extraordinary level. Is it possible that the Word made flesh was the incarnation of the ‘ought’ and behold we have heard, seen, and touched Him?

Jesus made it clear to His followers that you cannot rely on the opinions of your parents, pastors or professors but must personally answer the question: “Who do you say that I am?”

Will we conclude with St. Peter that He is “The Christ of God” (Luke 9: 20) or will we agree with Baggini that He was just a compelling moral teacher?

November 23, 2020
5 rules for better conversations around your Thanksgiving table
Next Post

December 1, 2020 From Theistic Evolution to Intelligent Design: Why I changed my mind
Recent Comments
0 | Leave a Comment
Browse Our Archives
Related posts from Unbelievable?