Pulling Jesus out of a hat? 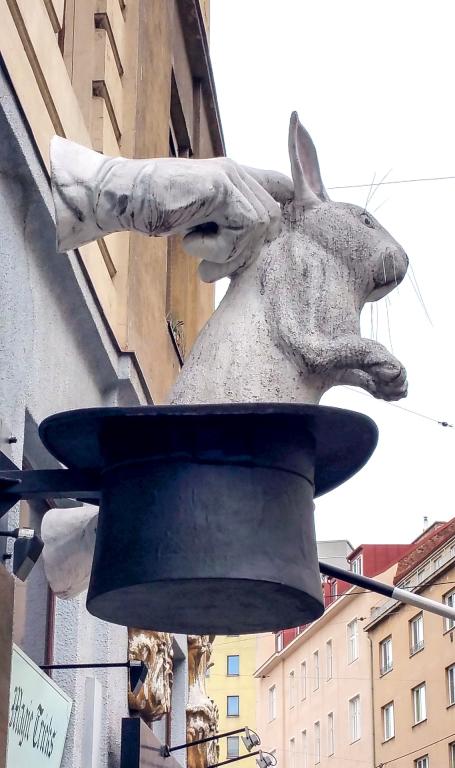 Is it possible for a movement as large as Christianity to arise by a historical sleight of hand? Unbelievable? featured a fascinating debate between atheist hypnotist Zach Pincince and Christian illusionist Bryan Drake over whether or not Christianity is a trick of the mind. While the subject matter wasn’t your typical apologetic fare, it was nonetheless an important topic of discussion.

We can make all sorts of profound philosophical and historical arguments for the truth of Christianity, but maybe we need to take a step back and ask ourselves if it all began as a grand illusion. Have we been defending a logically coherent pipe dream, arguing for a well-documented historical apparition? Has the wool been pulled over our eyes or seeing, do we now truly see?

Who better to discuss this issue than two gentlemen whose livelihoods depend on their ability to deceive the senses and manipulate the mind.

One of the problems with equating Christianity with the tricks of the mentalist and illusionist trade is that the latter is designed to entertain us and leave us pleasantly amused, while the former guarantees that we will be hated for our allegiance to His name. One will be associated with fond memories of friends clucking like chickens when prompted by a trigger word, while the other will leave us counting the cost of carrying a cross.

While the Jesus story is ultimately good news it doesn’t serve up the opiate of the masses but rather makes us contemplate the seriousness of drinking from the cup. Jesus’ crucifixion and resurrection wasn’t entertainment for bored Palestinians but a call to martyrdom.

If the Jesus story was just a front row seat at a divine deception then the audience sure paid a heavy price for admission.

Tik Tok hypnotist Zach Pincince’s ideas cannot be easily dismissed because he was immersed in Christianity from an early age and passionately pursued it through his college years. He read the right books and hung out with the right people, but as he entered the “real world” he began to ask himself questions about his faith:

“What would set me apart from let’s say an atheist who is really kind and caring and loves others and lives their life for other people versus me as a Christian? Is the only thing that separates me those religious experiences, like church, and prayer, and reading the Bible? If those are the only things that separate me then how am I any different from the Pharisees?”

As Pincince got into hypnotism, he recognized that religious experiences could be illusory but his faith remained intact until he was challenged by a friend to reconsider the historicity of the resurrection. He dug in by carefully researching the topic but ultimately found the evidence unconvincing. He therefore had to conclude with Paul that if the resurrection didn’t happen then his faith was futile.

While it wasn’t the hypnotism that shattered his faith, it did help provide an explanation for why he had clung to his faith for so long and why it continues to take hold of so many other believers. 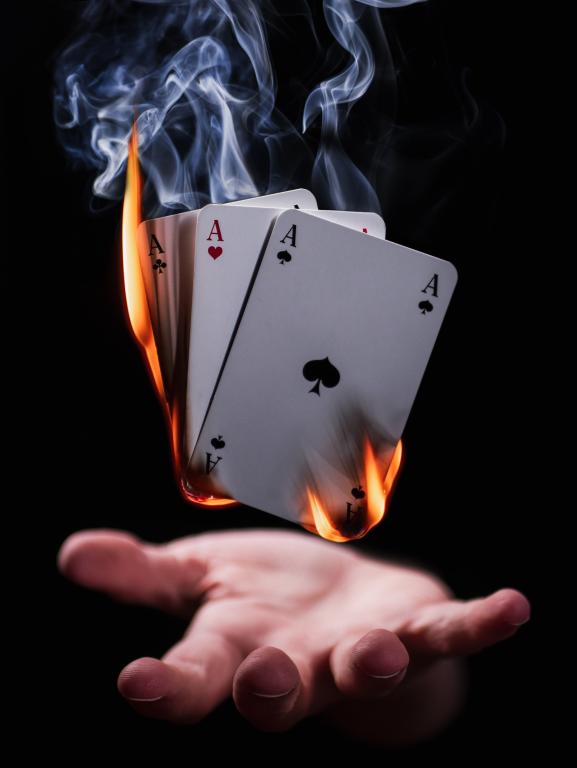 Is it possible for a movement as large as Christianity to arise by a historical sleight of hand? It’s one thing to pack an auditorium and leave an audience amazed but quite another to transform the world.

History is replete with purported miracle workers but it appears that there was only One who cast a spell over the entire world and continues to headline churches to this day. Jesus’ daily miracles may have amused a small group of Jesus groupies but the resurrection changed the world forever.

Pincince appropriately recognized that Christianity is meaningless if the resurrection didn’t occur, so he had to decide whether it was the greatest miracle ever performed or the most extraordinary hoax ever foisted on humankind.

The Gospels made no bones about the seriousness of believing the resurrection and pointed out that the disciples were also initially skeptical. Thomas famously doubted the Jesus appearances because he knew that something as monumental as a resurrection required monumental evidence. He didn’t want his faith to be based on visions but rather grounded in hands-on experience because he knew that Jesus sightings paled in comparison to tactile testimony. Thomas needed to know that it wasn’t an illusion done with smoke and mirrors but a reality that overcame spikes and spears. 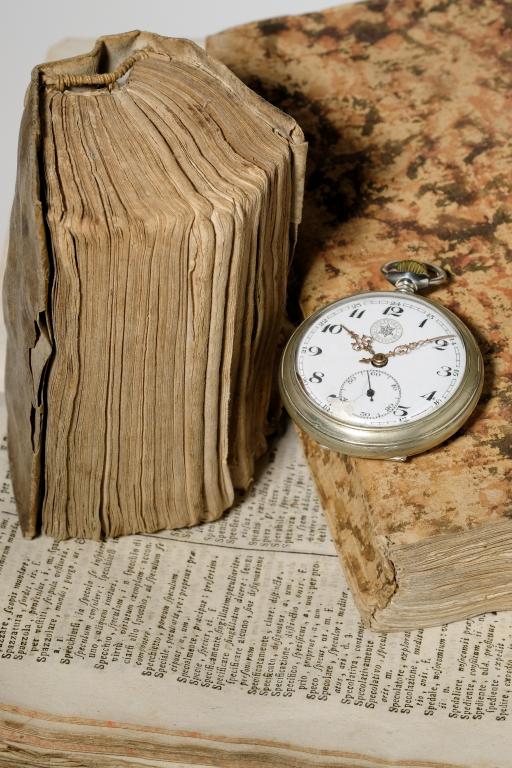 Pincince said he views the story of Jesus like the legend of Robin Hood. He admits Jesus existed and the places where he travelled were real but felt that the events took on a mythological character with every retelling. He believed the Jesus story was “inspired by real events” but was ultimately written with poetic license.

Pincince pointed out the Gospels are filled with events that are described as miracles, but since miracles are the “least probable” explanation, then we are justified in being skeptical about the reliability of scripture in general. He pointed out how time can mythologize historical figures and offered the gnostic gospels as prime evidence for the divinizing of the human Jesus.

I think, however, Pincince is misrepresenting the gnostic gospels, because they don’t fit the contours of the original gospel genre and as they accumulated mythological language they also become less historically verifiable, less geographically specific and less chronologically consistent. The gnostic gospels were not legitimate offspring from the historical lineage of the original gospels but were novel attempts to recruit Jesus for an alternative religious agenda.

The gnostic gospels aren’t gospels gone wild but rather gospels gone rogue. Contrary to Pincince’s theory of divine accretion, the Jesus described in the four Gospels is actually more understated than the very high Christology present in many of the earlier New Testament letters, some of which contain even earlier Christian creeds.

Pincince said all religions begin with the experiences of one or two people who then recruit others to their belief while they themselves remain the only ones in possession of the vision. The problem with equating visionary religions such as Islam, Mormonism and Buddhism with Christianity is that Christianity has always been in the public domain.

The resurrection wasn’t witnessed by one or two people but hundreds. Pincince complained that we don’t have unbiased reports of non-Christians who saw him resurrected, but maybe, just maybe, it wasn’t possible to see a resurrected Jesus and not become a Christian.

As Christian illusionist Bryan Drake mentioned, Jesus’ followers weren’t some wild sect but an extension of the well-established Judaism of the day. The disciple’s hearts burned not because Jesus had performed the greatest conjuring act ever but because through it they recognized Him as the one foretold by Moses and the prophets. Jesus wasn’t the new kid on the block but the incarnate Ancient of Days.

Jesus’ death and resurrection was powerful not because it was so unexpected but because it finally answered 1,400 years of Old Testament questions. Christianity turned out to be embodied preamble and not imagined prestidigitation.

Do you miss Him? 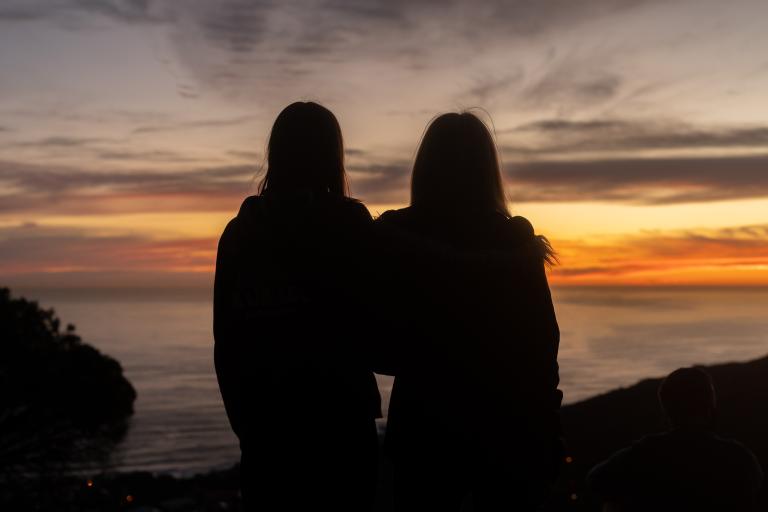 Pincince didn’t really answer the question but implied that while his deconstruction had been a recent phenomenon, the two of them had been growing distant for some time. Sadly, the moment God bent His knee and offered the promise ring of eternal relationship was the event that caused Pincince to break it off and let God’s offer of no greater love go unrequited.

It reminds me of a conversation Lee Strobel recounted in his outstanding book, A Case for Faith, with a former friend and co-evangelist of Billy Graham now turned atheist Charles Templeton. Templeton rejected his faith largely on the basis of  all the pain and suffering in the world, yet continued to admire Jesus:

“In my view he is the most important human being who has ever existed.”

It became clear as the interview went on that he deeply missed Jesus.

“That’s when Templeton uttered the words I never expected to hear from him. ‘And if I may put it this way,’ he said as his voice began to crack, ‘I…miss…him!’ With that tears flooded his eyes. He turned his head and looked downward, raising his left hand to shield his face from me. His shoulders bobbed as he wept.” (Lee Strobel, Case for Faith)

The problem is that once you deny Jesus’ divinity then all you have left is an interesting historical figure. And while you may admire his exploits you will never be able to have a relationship with Him. If God is dead then He is just a curious religious artefact in a specimen jar, but if in Him “we live and move and have our being”, then we are invited to walk with Him daily.

Everybody wants a piece of Jesus because they also have this sense that he was the “most important human being” to ever exist. Interestingly, not only is He universally admired as a historical person but every other religion also wants to incorporate Him into their pantheon as an avatar, bodhisattva or most god-conscious human being.

Why Jesus? Surely, there must be other humans capable of the same respect. But where are they? Jesus seems to transcend earthly significance. Religions deify Him and secularists put Him on a pedestal.

Doesn’t it seem odd that a mere carpenter who learned a few magic tricks would engender such a global following unless He was somehow other-worldly?

We all entertain doubts and wonder if maybe we have been deceived which is why this Unbelievable? episode was so important. The power of suggestion is a real phenomenon but is that what is really going on with Christianity? Why, if the Jesus conjuring act was just an illusion, did His audience go to their deaths defending it?

Surely, a purported miracle worker who just entertained the citizenry would have the curtain come down on his show once he died, but instead the curtain was torn and He took His show on the road to Judea, Samaria and the ends of the earth.

Was Jesus pulled out of hat or did He rise from a tomb? If it was a trick of the mind then our faith is futile but if it really happened then our minds have been blown. The resurrection was astonishing, not so much because it happened to Jesus but because He promised it would happen to us. The Good News is that you didn’t need to have a ticket to the performance to receive its benefit because, as it turns out, everyone is invited to the divine dinner show at the wedding feast of the Lamb. 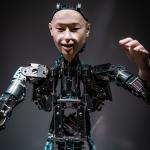 May 19, 2021
Moses responds to those seeking eternal life through AI
Next Post 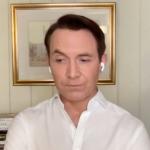 May 25, 2021 Douglas Murray wants Christianity to stay weird. Will it help him to believe again?
Recent Comments
0 | Leave a Comment
Browse Our Archives
Related posts from Unbelievable?