Are You Smoking What You’re Selling? 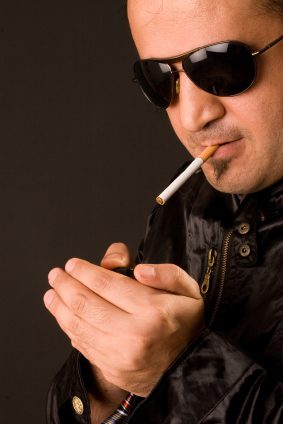 WARNING: Not smoking what you’re selling severely harms you and those around you.

This post is not about the legalization of marijuana or what smoking can do to one’s lungs, but about the authenticity of one’s faith. I wish we could make it illegal to smoke anything other than what we ourselves are selling.

A while back, I asked one of my seminary classes to reflect upon a movie clip from Walk The Line and to relate it to our Christian witness. The movie is about the life and music career of Johnny Cash. During the discussion, I asked my students to consider with me traits about Cash that appealed to people. One of the students remarked, “Cash smoked what he was selling.” What the student intended by his comment was that Cash was genuine. He didn’t claim to have it altogether, but he was singing from his heart. There was congruence.

The movie scene in question takes place in Sam Phillips’ recording studio. A young and not-yet discovered Cash is auditioning for the great record executive and producer. He sings a well-known gospel tune in hopes that Phillips will record him. Phillips is unimpressed. Gospel music like Cash sings doesn’t sell, Phillips remarks. Cash needs to come up with something that’s real—something that goes to the very depths of his being and expresses his heart cry to God. From all appearances, Cash had chosen to sing that gospel tune because it was safe. It was quite popular. But it wasn’t authentic. It was canned the way Cash sang it. Just as Phillips is about to bring closure to the session and say goodbye to Cash and his band and their lone audition, Cash decides to risk it and share a song that he had written, and which came from his heart. After all, he was desperate—his one chance to audition was up. Cash’s band did not know the song—he had never shared it with them, but had kept it to himself until now. Now everything was at stake, for Cash had to put not only his singing and guitar playing on the line, but also a song that he had written from the heart based on a painful past experience. The song was Folsom Prison Blues. Well, the rest is history. As you likely know, it became a big hit. But it really would have been history for Cash if he had not chosen to risk it all and sing that unknown song.

We may never make it big by being authentic and singing our own music and from the heart, as was the case with Cash. More important than making it big, though, and/or playing to opinion polls and to a fan base as many do, is speaking and singing and smoking what we’re selling. We may be selling something. But are we really smoking that brand when no one else is watching, or listening, as the case may be? Cash wasn’t smoking the gospel tune that he sang for Phillips that day. But when he sang Folsom Prison Blues, it was obvious that he was smoking its brand when no one else was around.

Do we smoke what we sell or do we smoke a different brand than the one we sell? In Christian witness to the gospel, and in various other spheres of life, do people really see us, hear us, know what we think, or are we hiding behind some generic or popular brand, playing it safe, all in the effort to protect ourselves from getting hurt? Do we say and sing we love Jesus, when deep down inside we don’t? Do we say everything’s wonderful about our lives, when we actually hate them? Do we share only our successes, and never our failures? Do we fail to share truth in love with others because we fear that they will reject us, if we do? Do we fail to share with others that we love them because we’re afraid of appearing like fools? In the end, when we play such games of incongruence, we really do hurt ourselves and those around us.

So, what brand are you smoking today? Is it the one you’re selling? If not, kick the habit and start smoking your name’s brand.

January 9, 2013
How to Sustain Jesus' Justice Movement, Part 2
Next Post

January 11, 2013 Where Do We Go After Newtown?
Recent Comments
0 | Leave a Comment
"Yes, we all ARE on Life Support. This planet has a system that recycles Oxygen, ..."
Kyllein MacKellerann Don’t Take Anything for Granted. We’re ..."
"LORD Jesus, heal Christopher. Amen."
Herrnhut The Resurrection Is More Than a ..."
"00"
Graeme Cooksley Jesus’ Victory Doesn’t End on Easter. ..."
"This article reminds me with my teacher who tells us (his students) to not smoke ..."
Jason Imanuelle Are You Smoking What You’re Selling?
Browse Our Archives
Related posts from Uncommon God, Common Good