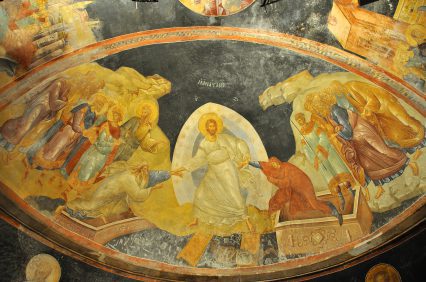 Do you look at those you serve as the objects of your good will and charity or as subjects who shape you—even to the point of becoming your benefactors and friends? In discussing this subject with my colleague Beyth Hogue Greenetz, she said it is a lot more difficult to get burned out on serving people when they are your friends. It may very well have been the case that the same Mother Teresa who saw Jesus in those she served saw herself as the friend of those she served. Maybe this was one of the keys to the vitality of her work over the years.

One of Beyth’s and my ministry partners at New Wine, New Wineskins shared with a group of New Wine leaders of her encounter with a man asking for money at a traffic light. As she sat there in her car, she felt moved to give him some money. She told him “God bless you,” as she gave him the gift. The man smiled and thanked her. Seconds later, he came to the window a second time and said, “I have a box of pastries.  Someone gave it to me, but I cannot finish it all.  Would you like some?” My friend said that her eyes filled with tears, as she remembered the poor widow’s coin offering to God (Luke 21:1-4). All the man had to share was this box of pastries; he wanted to share it because he was thankful. My friend was blessed and thankful for this man whom she had blessed. It is such encounters as these at the traffic signals of life that lead to our own transformation and the sustaining of a justice movement. We meet Jesus in such encounters, as we are blessed by those we bless.

Such encounters at the intersections of life can be destabilizing if we want to stay in control, if we want to be the producers and charitable ambassadors who make everyone consume our good will. At some point, we will likely run out of good will and teeter and fall when we operate from this elevated position and posture. But what happens when we are open to making new friends along the way and are surprised by the blessings we receive from the seemingly least likely of benefactors? Our service becomes a grand adventure, as we experience the richness of the widow in the temple with her two coins and the man at the street corner with his remaining pastries. Our own coffers and cups and pastry boxes will run over as a result of the bounty of God’s relational grace.

One out of Five Families Is...
Cranach
Books by This Author Books by Paul Louis Metzger

Evangelical
Don’t Jump Off a Moving Train in a...
Uncommon God, Common Good 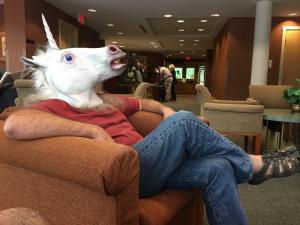