Richard Twiss—Please Pray for Us 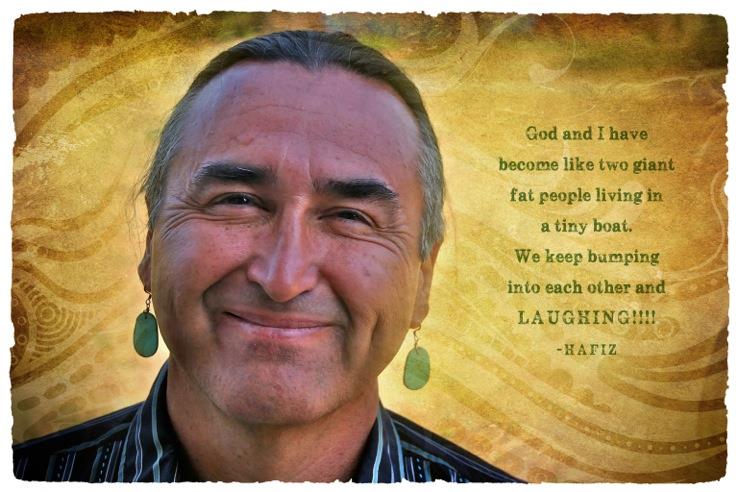 Last week, I wrote a post requesting prayer for Richard Twiss. Now that he has passed into the presence of his Lord and needs no further prayer, I am requesting prayer for us, as we mourn this great loss. Of course, in Christ, Richard wins: “Where, O death, is your victory? Where, O death, is your sting?” (1 Corinthians 15:55) Richard has gone on to his eternal reward. Death and the grave hold no power over this warrior, for his Lord is victor.

Still, the battle here below rages on. As Wiconi International’s website reads, “Historically, Native people have been underrepresented and underserved in mainstream America. Economic, cultural and social barriers continually limit access to viable resources, thus hindering many healthy community change efforts.” Wiconi International, the organization Richard co-founded with his wife Katherine, is a prophetic movement that aims in Christ to reverse the curse in Native communities:

Wiconi’s primary mission is to empower and serve Native people to experience a desired quality of life and a hope-filled future through authentic relationships and culturally supportive programs. We seek to live and walk among all people in a good way, as we follow the ways of Jesus—affirming, respecting and embracing the God-given cultural realities of Native American and Indigenous people, not rejecting or demonizing these sacred cultural ways.

It is an uphill battle, but Jesus is victor. We can bear witness to Christ’s victory by partnering with Richard’s people at Wiconi International, his friends at the North American Institute for Indigenous Theological Studies, and related ventures.

Be warned: the more we get involved, the more risk there will be for our hearts to break over the pain and injustices committed against indigenous peoples here and abroad in the past and in the present. So, too, our hearts may very well explode with joy as we see Native peoples celebrate Jesus in their indigenous cultural forms.

Many conservative Christians in the mainstream Anglo culture will be quick to reveal fears of syncretism, but will totally miss our own vivid syncretism involving materialism in its various forms. Richard’s people have patiently taught me how to approach life in a more open-handed and holistic way. I have a long way to go. As Richard pointed out years ago, the God of mammon in the form of consumerism weighs oppressively on mainstream Christian culture. Moreover, we are often blind to the victims of the ever-evolving consequences of our historic evils of cultural genocide. We even have the audacity to blame the victims of our injustices by placing them on reservations rather than go to jail ourselves. I have heard people say that the devil has those people, when the mainstream culture as we know it put them there. So, what does that make us? Demons?

While Richard endured our blindness to the structures that so heavily weigh upon his people, he never ceased working with us in long-suffering love to open our eyes so that we could truly see. His humor could sting, but for those whose eyes and ears and hearts were opened as a result, his words served as a healing balm to enter into an ongoing state of repentance with clarifying vision to partner with Richard and his people. Richard said, “The reason why they call it the land of the free is because they never paid us for it.” His words still ring true today. So, too, does his statement that good white people have washed his feet, but the only thing that’s changed when it’s all said and done is that his feet are clean. The structures that oppress his people remain the same. Reconciliation without justice and full integration into a community of equals is no reconciliation at all.

I need to get my own feet dirty a whole lot more so that I can have a clean heart. The trail of tears is a bloody and dirty road that leads us to Golgotha and finally to the tomb, from which Jesus rose, and in his time, Richard will, too. For the rest of us, as we join Richard’s people on the march to justice, we will find that it’s a good day to die by living with them day by day, if they will have us. To our indigenous friends, please pray for us who have not gotten our feet dirty that God will cleanse our hearts and lead us on the Jesus path with you. Pray that we will have the passion, strength, courage, humility and teachable spirit to join that justice march, which is by no means a sprint; it’s a marathon race. We can be assured that our hands and feet will get dirty and there will be pain and exhaustion. Still, victory awaits us all, if we stay on that justice path that Jesus made and which Richard walked so well.

February 14, 2013 Valentine's Day: The Far Journey of Our Lives
Recent Comments
0 | Leave a Comment
"Yes, we all ARE on Life Support. This planet has a system that recycles Oxygen, ..."
Kyllein MacKellerann Don’t Take Anything for Granted. We’re ..."
"LORD Jesus, heal Christopher. Amen."
Herrnhut The Resurrection Is More Than a ..."
"00"
Graeme Cooksley Jesus’ Victory Doesn’t End on Easter. ..."
"This article reminds me with my teacher who tells us (his students) to not smoke ..."
Jason Imanuelle Are You Smoking What You’re Selling?
Browse Our Archives
Related posts from Uncommon God, Common Good