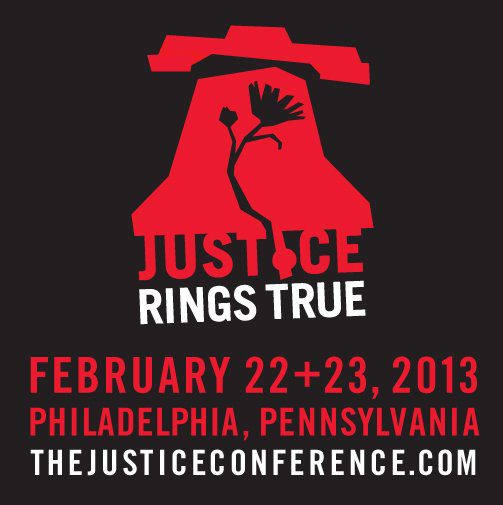 I’m at The Justice Conference in Philadelphia this week. I wrote a series of posts several months ago reflecting on themes related to the pre-conference session “Sustaining a Justice Movement: how did John M. Perkins, Mother Teresa, and Dietrich Bonhoeffer do it?” which I will be leading on today at 9am. I’m going to reprint those pieces this week in hopes that we might all be thinking through these matters together. If you will be in Philly, I hope you’ll come to my session! If not, I would love to hear your thoughts in the comments, on Twitter, or on Facebook. Hope to see you at The Justice Conference!

“We can’t do this alone.” These were the sentiments of my former student and her husband, who moved from Portland to Minneapolis/St. Paul to be involved in a community focused on addressing poverty while taking the vow of simplicty themselves.

How do you sustain a justice movement? Stay crazy. But it’s hard to stay crazy if you don’t live among beautifully crazy people who share the same values and who will inspire you and hold you accountable.

Hopefully, your accountability partners include some people who have been at it a while. My former student would let you know that you need crazy people who are also very wise. She and her husband knew they needed help. Rome wasn’t built in a day. Their justice movement would only last for a few days, if they didn’t connect with people with shared vision who had been at this work a lot longer than they had. Not those shock jocks and celebrities who talk a good talk, but people who had walked the walk a very long time, who had lived it out and had slugged it out with poverty, bearing wounds of loss and grief, while sharing life with and living among the poor.

You and I cannot do it alone. Whatever the justice initiative that we are aligned with, we need to make sure that we are aligned with other like-minded crazy people. Such people will include those who have been at it a good long while and who will help us put down solid foundations so as to build a house of justice that will withstand the storms of life that would beat us down and cause us to abandon the work.

A lot of people start out well and end poorly. They no longer care for the poor, the orphan, the widow, and the stranger in their distress. Disillusionment is one of the worst forms of poverty. People who end poorly often say that they used to be crazy and embraced the ideals my former student now embodies until they got wise and learned to play it safe. They thought they could do it alone. They should have known better. My former student knows better. She and her husband know that to conquer such foolish talk they must invest in a community that is rich in integrity and wisdom. Only then will they remain beautifully crazy through the years. Stay crazy and stay close to those who’ve gone before you. Finish strong.