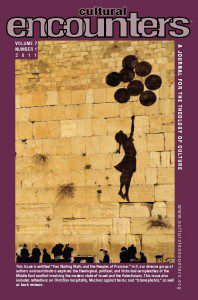 Is Christian Zionism biblical? I suppose it all depends on what you mean by biblical. Based on a literal reading of the biblical text in its historical context, one finds support for a Zionist reading of Scripture. Of course, this interpretive move is not accepted by everyone. It is not my aim to defend or critique this position, but to contend against the stance held by some within Christian Zionism that the present state of Israel is the realization of biblical prophecy from this hermeneutical perspective.

Still, what is Christian Zionism? It entails the belief that God will restore Israel’s ancient fortunes as a nation in the Promised Land. Accompanying this claim is the conviction that Messiah Jesus will rule from Jerusalem and the Jewish people will believe on him. One of the arguments that is put forth by Christian Zionists is that the ancient prophecies, such as what Christians take to be New Covenant promises fulfilled in Christ set forth in Jeremiah 31 and Ezekiel 36 (See also Hebrews 8:8-12 where Jeremiah 31:31-34 is quoted and John 3:5-7 which alludes to Ezekiel 36:25-27, in my estimation), also talk about God bringing his people back to the land to dwell there permanently (Jeremiah 31:35-40; Ezekiel 36:1-24, 28-38). Based on a literal and historical reading, Christian Zionists claim that God’s people would have understood this to take place literally at a future point in history. Christians of this perspective often ask: if God does not fulfill his promises to Israel, how will we know if God will fulfill his new covenant promises for the church? Based on the presuppositions that support this position, the question makes sense.

What does not make sense is the position of some Christian Zionists that the church must do everything possible to bring about Israel’s return to the Promised Land. While the church should never curse Israel, and should always bless Israel (a claim made in keeping with God’s promise to Abram or Abraham in Genesis 12:3; we will return to nuance that point), a Christian Zionist claim of this kind is bound up with a view of the end times that maintains that God will inaugurate this state of affairs, and with no help from human hands. Moreover, on a pretribulational, premillennial reading of Scripture, the church will not even be present at the time of Zion’s eschatological emergence when Christ will reign over it. The church will be removed from this world prior to the great tribulation and Israel as a nation will be front and center once again in God’s kingdom purposes. When Jesus returns at the end of the tribulation, he alone will inaugurate his millennial kingdom and rule as God’s Messiah from Jerusalem. If one were to take a poll of Jewish people living in Israel today, one would hardly find universal support for this position. From this Christian Zionist reading of Scripture, the fulfillment of the ancient promises for Israel’s eschatological return as a nation has not yet occurred.

From a premillennialist perspective (of various stripes), the Lord will usher in the fulfillment of his eschatological kingdom apart from the working of the church, unlike with adherents of postmillennialism. Unfortunately, there are some Christian Zionists who are not satisfied with simply seeing Israel as having a special place in God’s eschatological program; they favor and support Israel in the attempt to facilitate the second coming of Christ. It is worth noting at this point that Dispensationalist theologian John S. Feinberg has cautioned against trying to speed the Messiah’s return through support of Israel: “Some are so excited about things to come, that they unfortunately think they can somehow bring them to pass sooner, rather than later—at least they want to try. Some well-meaning American Christians have even talked of sending rock and stone to help in rebuilding the Temple. If there is anything not needed in Israel it is more rock and stone. Even if there were such a need, contributing money to fill that need won’t make the end-times come any sooner than God has planned. Unless you happen to be the Anti-Christ, there is probably little you can do to make these events happen, and no one can move God’s sovereign timetable one moment faster or slower than he wants” (The quotation is taken from John Feinberg’s paper, “Dispensationalism and Support for the State of Israel,” {pg. 19}, which was presented at the “Christ at the Checkpoint” Conference, March 12–17, 2010, Bethlehem, Israel).

Another thing that does not make sense is Christian Zionists supporting Israeli hostilities toward the Palestinians. Yes, God blesses those who bless Israel. But not everything Israel currently does blesses God. Israel as a nation is hardly seeking the blessing of the Palestinians. According to God’s first promise to Abraham, all peoples will be blessed through Isaac’s seed, not cursed (See Genesis 12:1-3). Moreover, Arabs are descendants of Ishmael, Abraham’s son, whom God also blesses (See Genesis 17:19-21, Genesis 21:13, 17-18). Furthermore, many Palestinians are Christians, a point often lost on many Christian Zionists (Don Belt, “The Forgotten Faithful: Arab Christians,” in National Geographic, vol. 215, no. 6, June 2009). Those who believe in Jesus are sons and daughters of God, irrespective of their people group. In Galatians 3:28, we are told that in Christ there is no division between Jews and Gentiles as a result of Christ’s atoning work. As a result, all who believe in Jesus are children of the free woman of whom Paul speaks (Galatians 4:21–31), not just the descendants of Isaac who believe. As much as we should be concerned for all people and all Arabs, for all are blessed by God, our concern should be heightened for those who are fellow brothers and sisters in Jesus.

Speaking of Jesus, we find him often challenging his own Jewish people. Their national identity or ancestral connection to Abraham is not sufficient (John the Baptist makes a similar point—Matthew 3:9). He exhorts them to have the faith of Abraham (John 8:31–58). The Canaanite woman (Matthew 15:21–28) and Centurion (Matthew 8:5–13) are sterling examples of those who have the faith of Abraham. Those of Abraham’s faith are Abraham’s spiritual children, according to Paul (Galatians 3:7). We must also account for Jesus’ exhortation to the Jewish religious teacher who sought to test Jesus about what is required to inherit eternal life. Jesus tells him to love his neighbor as himself and shares with him the parable of a lowly Samaritan who exemplifies righteousness—caring for a man (likely a Jewish man) who was beaten and robbed and left for dead (Luke 10:25–37).

The point of referencing these biblical accounts is to point out that God loves all people and that God is no respecter of persons. While Israel is the people of promise, God blesses all people and calls everyone to account to believe like Abraham in the promised Messiah and to live like the unnamed Samaritan as people of the promise. To believe like Abraham entails living like the Samaritan. As Jesus the Messiah makes clear, my neighbor is not the person like me or the person I like, but the person in need—even my enemy.  I am responsible to care for him or her. Thus, as Christians, we are to promote concern for the well-being of all peoples and pray that the Jews and Palestinians will care deeply for one another.

Scripture specifies that Israel is to care for the foreigners in the land, granting them an inheritance and treating them as native-born (Ezekiel 47:21–22): How much more noteworthy is this text when the people in question—the Palestinians—have lived in the land for generations prior to the Jewish people’s return? Mark Bailey, President of Dallas Theological Seminary, maintains that “when Israel is restored to the land, they are to treat the aliens and strangers as if they were Israelites.” In this light, he challenges the modern state of Israel, as well as the Palestinian authority: “Do you know what is lacking in Israel? Just a minor, little plank in God’s program: treating others as you would like to be treated…The bottom-line principle is so powerful, so biblical: Israel needs to treat others as they would like to be treated. The Palestinian authority needs to treat Israel as they would like to be treated.  This applies to all peoples” (See Mark Bailey, “The Lord’s Land Policy in Israel,” in Veritas, vol. 2/3 {July 2002}, 4–5).

While Israel has a fundamental right to live in peace and security in the land, it must not take those rights from others—such as the confiscation of property and increase of settlements in violation of international law (See Donald Macintyre, “The Big Question: What are Israeli Settlements, and Why are They Coming Under Pressure?” in The Independent, Friday, May 29, 2009; John Glaser, “EU Report: Israeli Settlements Deliberate Strategy to Block Palestinian State,” in AntiWar.com, Wednesday, February 27, 2013; and “EU Report Slams Israeli Settlements, Calls for Economic Sanctions,” in RT.com, Wednesday, February 27, 2013) and building of walls and checkpoints that keep Palestinians from getting to their jobs and having access to healthcare.  (See Josef Federman, “Palestinian-Only Buses Set Off Uproar in Israel,” Time, Tuesday, March 5, 2013; and Karl Vick, “Why Israel Doesn’t Care About Peace,” in Time, Thursday, September 2, 2010.)

Of course, the Jews are not the only ones to blame. The Palestinians have themselves also been guilty of a multitude of injustices against the Jewish people and Israel (For an article discussing abuses on both sides, including Israel’s expansion of Jewish settlements and expulsion of Palestinians from their homes coupled with the murder of members of an Israeli settler family by Palestinians, see “U.N. Official: Israel Engaging in Ethnic Cleansing,” in Reuters/Ynetnews.com). In fact, many Palestinians do not care about peace. Indeed, groups like Hamas have long been known for wishing Israel’s destruction as a nation (For a discussion of Palestinian indifference and/or hostility as reflected in the actions of Hamas and other groups such as Islamic Jihad, see Seth Freedman’s article, “Jerusalem Bus Bomb Will Hurt the Palestinian Cause,” in The Guardian, March 24, 2011; For a recent discussion of escalating violence, see Lawahez Jabari, “Israelis, Palestinians Tense as Violence Escalates Along Gaza Border”, in NBC, Thursday, November 15, 2012). No party is innocent. However, a very large segment of Evangelicalism tends to be one-sided in its criticism of the Palestinians and looks past the injustices committed against the Palestinians by Israel.

Many Evangelicals have a strange view of what it means to bless and not curse Israel. To do what Egypt did to Jacob’s descendants in enslaving them is “cursing” Israel. Cursing in the biblical sense is not refusing to be in favor of all that Israel does. In this sense, the prophets could have been accused of cursing Israel. Related to this point, many Christians fail to place “Pray for the peace of Jerusalem” in its biblical context (Psalm 122). Praying for the peace of Jerusalem is never separated from biblical justice (See Psalm 122:5), including concern for those who reside in Israel’s midst (Ezekiel 47:21–22). The best way that we can bless Israel is to pray and call for Israel and the Palestinians to live together peacefully as equals in the land. In that way, whether Christian Zionist or not, all of us who claim to be Christians can be biblical.

March 3, 2013
The Sequester and Saturday Night Live
Next Post