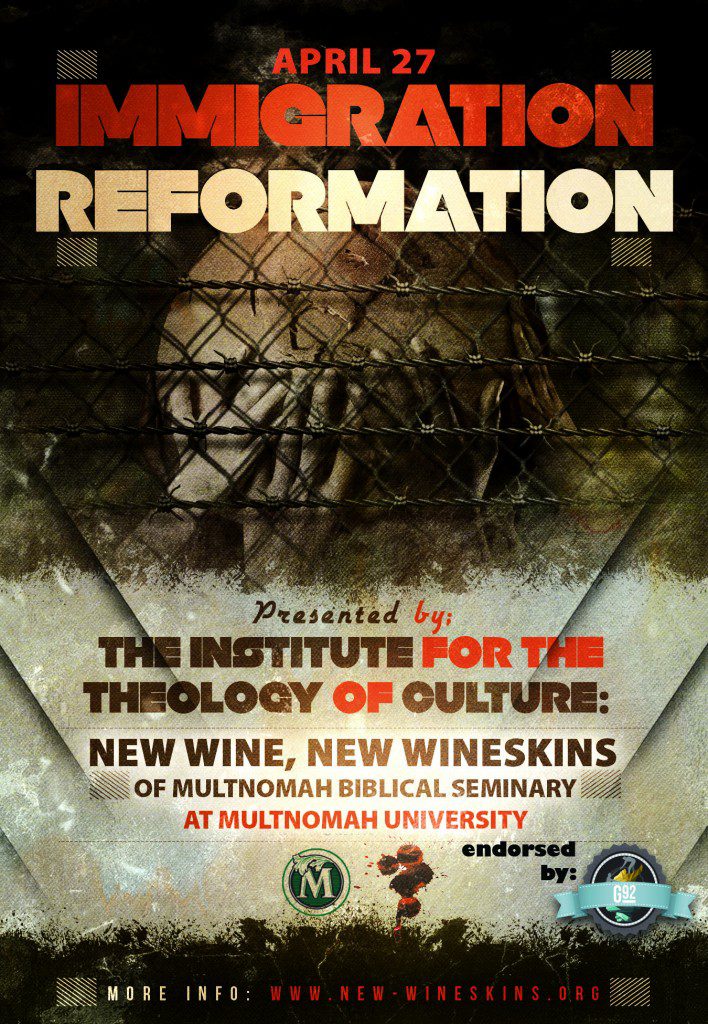 Holding firmly to biblical truth makes us more relevant as Christians, not less so, as we become more open handed, not closed fisted. My friend, Brian Considine of  the Mission America Coalition (See www.EthnicEmbraceUSA.net), reminded me of this truth when he recently wrote, “As a conservative Biblical Centerist I grow weary of the unthinking nature of what passes for Conservativism in the US today. If we don’t start to line up our political philosophy with Biblical truth Christianity will only slide more into irrelevance.” Brian was responding to a post I wrote on immigration reform.

Concerning immigration reform, I hope we conservative Christians in America will be known increasingly for building stronger bridges rather building higher walls to sojourners from other lands. In the Old Testament, people like Nehemiah built walls to protect God’s people from harm. In part, such protection was based on God’s focus on Israel as a nation. Even so, Israel was to care for the vulnerable stranger and sojourner in their midst (Leviticus 19:33-34). In the New Testament era, we find that Peter views the church as a holy nation (1 Peter 2:9). The church as God in Christ’s people is a nation without borders. While we should not discount but be mindful and attentive to the concerns of nation states regarding such matters as immigration, the church must guard against seeing itself as a subsidiary of the nation state. Our ultimate allegiance is to Christ and therefore we must call to account nation states when respect of sojourners from other lands’ human dignity is not maintained.

Of course, Christians in America need to be attentive to the need for safe and secure national borders as citizens of this nation state. Certainly, we need to be concerned for fair and equitable policies for taxpayers. To be sure, we need to be concerned for the rule of just laws. But we should never allow these concerns to overshadow the God-given dignity of every person and preservation of the immediate family regardless of their nation state identity. Rather than keep these people out, we should put in place an accessible and functioning system that makes possible a path to permanent residence and citizenship.

It is encouraging to know that many Evangelical leaders are calling for such a comprehensive approach to the topic of immigration reform. The Evangelical Immigration Table has called for “a bipartisan solution on immigration” which accounts for these values:

Instead of holding firmly to our rights as Americans at the expense of others, I hope we Christians in America will be far more concerned for embracing those without rights and with empty hands in an equitable and just manner. We might even find that the more we conservative Christians press for liberalizing immigration reform for those without rights and empty hands the more our lives will be filled with new friends from faraway places who work with us as new citizens of this country to build and prosper America. The fruit of our open and equitable labor of love will also bear witness to our citizenship in Christ’s kingdom and its relevance for all nations and sojourners from other lands.

April 18, 2013
Off the Beaten Track with the Beat Poet
Next Post