Bombs at the Boston Marathon 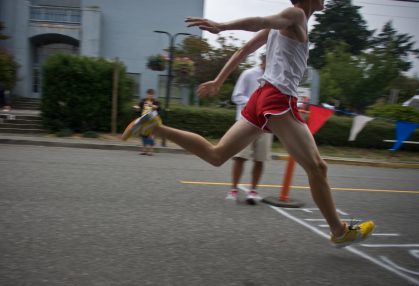 No idea is bigger than a little life snuffed out. Eight year old Martin Richard was waiting yesterday with his mother and sister for his dad to cross the finish line at the Boston Marathon. Now we are waiting for information as to why someone or some group would set off bombs that would intentionally kill innocent civilians like Martin and seriously harm his mother and sister. No matter the explanation—no matter how big the ideology—the idea is still too small. Martin’s life was so much bigger.

I listened to U2’s song, Peace on Earth, the other day as I was driving one of my children and her friend home from an afternoon at the zoo. I looked in the rear view mirror as the song played while they played, thinking of Bono’s words about the violence in Northern Ireland where he grew up and how the people killed in the blasts and whose names were read over the radio were so much bigger than the ideas that led to their deaths. I was thinking of how ideology can drive us in the name of peace or justice or some other value to run over innocent bystanders whose faces and names we don’t even care to see. I pray that you and I will not allow our ideologies to consume us to the point of consuming others—those closest to us and those far away yet close to others.

The true marathon race to justice is a very long haul. There will never be true peace on earth as long as we destroy the lives of precious individuals for ideas we hold dear.