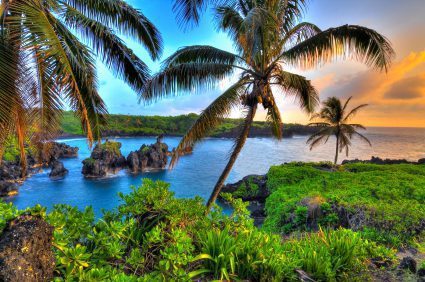 This is part of a series of posts on the topic of Hawaiian theology. Start with part 1 and part 2.

Some may fear the loss of authoritative control when considering the possibility of how orality may shape textuality and theology generally. Whether we are aware of it or not, orality and other forces shape our approach to texts. Those we deem authoritative shape our readings of texts. Schools of thought develop around those who are deemed authoritative.

Take for example Jesus. In Matthew 7:28-29, we find that Jesus is viewed as authoritative, as his teaching is compared favorably with the teachers in his day. No doubt, it had something to do with the nature of his claims, which were staggering in terms of how he viewed his uniqueness and his teaching’s import for their lives. Notice how he compares himself favorably with the Law–seeing his teaching and work as the fulfillment of the Law and how his disciples’ righteousness must surpass that of the religious leaders if they are to attain eternal life (Matthew 5:17-20). The wise build their lives on his teaching, which is to do the will of his very own Father, who is in heaven. Those who fail to build their lives on  his word do so to their eternal peril (Matthew 7:21-27).

As we move forward in Matthew’s gospel, we see more and more clearly how there is complete consonance between Jesus’ words and life. May that be true of all of us who are teachers!

Authority can be imposed on people. But such authority does not win people’s love–only their spite and hate. In contrast, Jesus wins people’s hearts by laying down his life for them, not by ruling oppressively over them. The kind of authoritative orality arising from Jesus that forms his rabbinic school is shaped ultimately by his sacrificial life offered up for his students, not sophisticated rhetoric that may wow people’s intellect, but does not win their total trust.

Hawaiian theology as I envision it requires that its teachers give themselves, including their words. Only then are teachers truly deemed authoritative and their teachings worth writing about.

As challenging as it may be for those of us who teach in Hawaii (and elsewhere for that matter), we should become like Father Damien, the Catholic missionary who gave himself for the people at the leper colony on Molokai, not like the prototypical plantation overseer or luna. Only then are teachers truly deemed authoritative and their own teachings worth writing about.