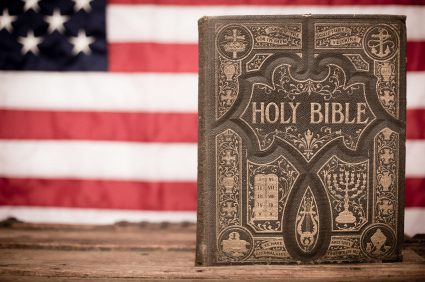 This is part of a series of posts on the topic of racialized theology. Start with part 1.

We often look at Black theology as contextual theology, but fail to see that all theology is contextualized. It is all enculturated. White western theologians like myself present contextualized theologies, too. This statement is not intended to relativize a given theology or to say that it is unbiblical, but to say that there is no such thing as an unenculturated gospel.

Here I call to mind a statement by Lesslie Newbigin: “The idea that one can or could at any time separate out by some process of distillation a pure gospel unadulterated by any cultural accretions is an illusion.” (Lesslie Newbigin, Foolishness to the Greeks: the Gospel and Western Culture [Grand Rapids: Eerdmans Publishing Company, 1986], p. 4). The Japanese Christian intellectual Uchimura Kanzo put the matter in the following way:

A Japanese by becoming a Christian does not cease to be a Japanese. On the contrary, he becomes more Japanese by becoming a Christian. A Japanese who becomes an American or an Englishman, or an amorphous universal man, is neither a true Japanese nor a true Christian (Kanzo Uchimura, “Japanese Christianity,” in Sources of Japanese Tradition, vol. 2, ed. Ryusaku Tsunoda, Wm. Theodore de Bary, and Donald Keene [New York: Columbia University Press, 1958]; reprint, H. Byron Earhart, ed. Religion in the Japanese Experience: Sources and Interpretations, The Religious Life of Man Series, ed. Frederick J. Streng [Belmont: Wadsworth Publishing Company, 1974], 113 [italics added]).

Kanzo then proceeds to argue that the Apostle Paul, Martin Luther and John Knox “were not characterless universal men, but distinctly national, therefore distinctly human and distinctly Christian,” adding that Japanese saved as “‘universal Christians’ may turn out to be no more than denationalized Japanese, whose universality is no more than Americanism or Anglicanism adopted to cover up their lost nationality” (Ibid., 113-114).

It is critically important that we discern how culturally embedded we and our theological constructs are. If we are blind to this reality, we will be blind to the danger of imposing our theologies on others. Thus, it is important that we announce ourselves when we enter the room for theological conversations. Our own ethnic heritage, for example (and we all have one, not simply Koreans or Brazilians or African Americans, but also Anglos…), should be accounted for in the framing of our theological perspectives, as well as our socio-economic milieu, among other dimensions. As we enter into dialogue with theologians of other perspectives and cultural contexts, we will also become more aware of our presuppositions and situated theologies and be able to cultivate richer theological perspectives as a result of such conversations… To be continued.