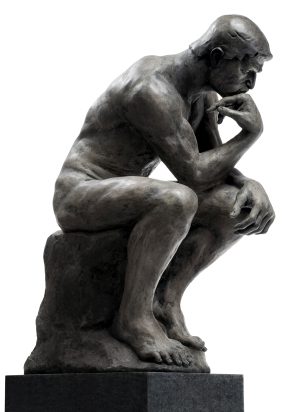 In my first post on Ayn Rand, I concluded by saying that

In my estimation, her ethical model of objectivism depends upon the ability and imperative of reasoning apart from emotional or experiential stimuli that otherwise impact rationality and upon a view of the self as autonomous. Can one reason in this pristine manner, and should one? And should one view the self as autonomous? If one answers in the affirmative, one would likely tend to affirm Rand’s objectivism as sufficiently rational and self-affirming. I don’t answer in the affirmative to either of these claims, and will discuss these matters further in future entries on the subject.

I will offer my rationale for why I don’t find Ayn Rand’s views rational and self-affirming enough while incorporating thoughts from a few individuals who left comments on the previous post. Their responses as well as others in the comment section help further the conversation. One person who commented said,

Author’s estimate that the Objectivist ethics depend on reasoning apart from emotional or experiential stimuli is incorrect. Reason is based on the material provided by man’s senses (experiential stimuli), integrated in the form of concepts according to measurable relationships among observed concretes. The concepts are used in accordance with logic, i.e., non-contradictory. Emotion does not enter into the formulation of the Objectivist abstract ethical principles, however application of these principles to real life questions can and should involve emotional input…

Based on this comment, let me clarify a few items. I did not intend to convey that Rand’s view precludes or discounts consideration of emotional input, but rather that Rand maintains that emotion and experience do not constructively shape or drive properly functioning rationality. To go further, on my view, reason is an instrument of the affections, not the other way round. Rand would reject this view. For Rand, reason evaluates emotional stimuli and experiences, but when rationality is operating correctly it is not subject to or controlled by such stimuli. In her estimation, properly functioning reason always programs or controls the affections (not vice versa), and to constructive ends (See for example The Virtue of Selfishness, p. 72; the essay in question is written by Rand’s colleague at the time, Nathaniel Branden). In contrast, on my view, all people, whether well-reasoned or not, are controlled by the objects of their affection. We are not in control of the objects of our affection as autonomous subjects, but rather responders. Rigorous thinkers often have very different value systems and do not share the same views concerning what is deemed virtuous. Their competing affections shape their reasoning and value systems (See again The Virtue of Selfishness, p. 72).

Those who think that they are autonomous and objective thinkers who keep their experiences and emotional stimuli from shaping and driving their thinking processes, but instead control such stimuli, do not think rigorously enough. Such objectivity is not sufficiently objective. Here I call to mind a selection from a chapter I wrote for Trinitarian Soundings in Systematic Theology (T. & T. Clark International, 2005), p. 24, within which I quote Søren Kierkegaard:

The law for the development of the self with respect to knowing, insofar as it is the case that the self becomes itself, is that the increase of knowledge corresponds to the increase of self-knowledge, that the more the self knows, the more it knows itself. If this does not happen, the more knowledge increases, the more it becomes a kind of inhuman knowledge, in the obtaining of which a person’s self is squandered, much the way men were squandered on building pyramids, or the way men in Russian brass bands are squandered on playing just one note, no more, no less (Søren Kierkegaard, The Sickness Unto Death, ed. and tr. Howard V. Hong and Edna H. Hong {Princeton University Press, 1980}, p. 31).

It is an impersonal, sub-human form of knowing that seeks after autonomy. A truly human approach to the matter, on the other hand, involves participation, or what Colin Gunton refers to as ‘mutual indwelling’. Gunton draws attention to John’s Gospel’s distinctive emphasis on such ‘mutual indwelling’. According to Gunton, ‘The knowledge of which he speaks is first of all the knowledge by acquaintance that is a function of the interrelatedness of persons’ (Colin E. Gunton, A Brief Theology of Revelation: The 1993 Warfield Lectures {T. & T. Clark, 1995}, p. 118), a point John drives home in chapter 17 of his Gospel.

This brings me to my second point. Another commenter claimed: “Disagreement with autonomy is self refuting. Free will is axiomatic, you cannot refute your own autonomy without exorcising it. end of discussion.” I appreciate the concise and straightforward presentation of this claim. Still, I beg to differ. What is clear and axiomatic to some is not to others based on how the affections shape our thinking. Not every rigorous thinker has viewed free will and autonomy as axiomatic. I don’t find the celebration of the autonomous self to be self-affirming enough. On my view, the autonomous self is no self at all, for we are who we are only in relation to God and others. So, if I am to affirm self in the most advanced form, I will be impassioned to affirm the self in relation to others. Autonomy, uncircumscribed freedom, is no freedom at all for those who take issue with Rene Descartes’ classic claim: “I think; therefore I am.” Meaning and purpose are derived not by how well we think in some autonomous manner, but by what we love and how we are loved. In place of the Stoic mindset of “I think. Therefore, I am” or the Epicurean version of “I shop at Walmart and consume gobs of food. Therefore, I am,” I propose that we ponder carefully the following statement as the basis for ethics: “We are loved by God. Therefore, we are.” This divine love to which we respond rigorously with our minds and wills, not as autonomous individuals but as a community, is what shapes our personal identity and makes us truly human. In the biblical world, sin is bound up with reasoning not as an obedient response to God’s love, but as autonomous individuals who long to be in control. The end result is not simply the denial of God but also the denial of ourselves as we reason wrongly, enslaved to godless affections.

August 14, 2013
Beyond Cultural Monopolies to the Multifaceted Gospel
Next Post