Am I My Brother’s Keeper? Social Solidarity and Gang Violence 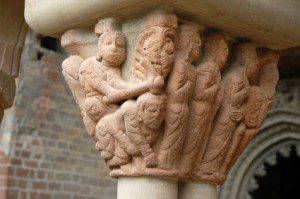 Author’s note: An African American friend of mine raised respectful concern over my use of a Lynyrd Skynyrd song “None of Us Are Free” while discussing gang violence. Regardless of what others might think of the use of this song and Lynyrd Skynyrd’s music generally, my friend’s concern over what he (and he believes many other African Americans) takes to be the group’s racist associations (he referred to the song “Sweet Home Alabama” as an example of the concern) has led me to remove the allusion to the group and re-title and reshape the piece in particular ways. This post was originally titled “Lynyrd Skynyrd and Gang Violence–‘None of Us Are Free'”. The use of the song, no matter how relevant the lyrics might appear, hurt the reception of the argument. My relationship with this friend and the overarching argument were more important to me than any possible merit certain lyrics concerning social solidarity might convey (10/29/13).

So often we think of gang violence as a Black or Hispanic or Asian or Russian thing, not anyone else’s thing. I don’t hear much about Swedish American gangs, so I guess I’m off the hook since I’m half Swedish by descent! But what about that other half? And what about that whole connection to the rest of humanity since we are all created in God’s image, not just Adam and Eve or Cain and Abel? I, too, am my brother’s keeper (See Genesis 4:9). I may not kill “Abel” today, as Cain did, but I may still have a hand in his demise.

What does social solidarity have to do with gang violence? While each of us is individually responsible for our own actions—gang related or not, our actions are not committed in a vacuum. I am also corporately responsible, albeit perhaps in an indirect way at times, for what transpires in gangs. After all, gang violence is a symptom of a much deeper problem—social fragmentation in society. Educational and economic disparities bound up with various forms of privilege that displace others help fuel the problem, as do negative aspects of gentrification, among other things. The fatherlessness that runs rampant in certain sectors of society fuels the problem, too. Often lacking consciousness of the trauma that stems from fatherlessness in various ethnic settings and leads to further instances of it, we must all see that we have roles to play in parenting our communities. Those who father children in and out of wedlock today are responsible. So, too, are those who benefited from the separation of families at the slave blocks generations ago. The dehumanization of black men, women and children under slavery by their slave owners (as the movie 12 Years a Slave illustrates) impacted not only them, but also the generations that followed. It carries on to the present day, even while white family fortunes and corporations have benefited from such oppression. We all have to be involved in one way or another to stem the tide of wrongful privilege and rebuild the infrastructure of our society so that everyone is free.

We also need to rebuild our reading of the Bible, where we emphasize both individual responsibility and corporate solidarity. How orthodox are Evangelicals who do not have some sense of corporate solidarity, but make everything an individual thing? Here I call to mind Robert Jenson’s discussion of that Evangelical forebear Jonathan Edwards, who took very seriously our corporate solidarity in Adam’s sin. In the book, Consuming Jesus: Beyond Race and Class Divisions in a Consumer Church, I write:

Robert Jenson, in his discussion of Jonathan Edwards’s Original Sin, says that the idea of corporate solidarity and responsibility bound up with Adam’s sin offends modern sensibilities and thus is rejected. The modern anthropological doctrine rejects the notion that each person “accept responsibility for human history’s total act as my act.” Yet, as Jenson argues, that modern dismissal is “morally corrosive.” He reasons: “If I cannot take responsibility for humankind’s act, how can I take it for that of my nation? If not for my nation’s act, how for that of my family?” [Robert W. Jenson, America’s Theologian: A Recommendation of Jonathan Edwards (Oxford: Oxford University Press, 1988), p. 150.]  It is ironic that many evangelical Christians claim that they are not responsible for the sins and lives of others, whether it be those monstrous forebears who enslaved blacks or committed genocide against Native-American people or those criminal forces today that enslave women to lives of prostitution and who rob the poor of their homes through enforced gentrification and “urban renewal.” Taken far enough, it will undermine their patriotic concern for the nation and their veneration of the family, as Jenson’s argument suggests. [Paul Louis Metzger, Consuming Jesus: Beyond Race and Class Divisions in a Consumer Church (Grand Rapids: Eerdmans, 2007), 147-148].

Paul argues that everyone is bound up with Adam’s sin (Romans 5:12). We are bound up with our own societal sin, as was the case with righteous Ezra, Nehemiah, and Daniel (See their prayerful declarations in Ezra 9, Nehemiah 9 and Daniel 9 respectively involving their strong sense of corporate solidarity in their people’s sin). None of this should be taken to discount individual responsibility, since individuals make up society, and God holds individuals responsible for their actions, as God did Cain for killing his brother (Genesis 4). Not only that, but Jesus individually took responsibility for corporate humanity’s sin, even though he was righteous and without blemish (See Isaiah 53:5-6; 1 Peter 3:18).

Close to home for me, a civic leader in Portland asked me, “Why don’t the white Evangelical churches in Portland concern themselves more with gang violence?” My answer was that we often see it not as  our thing, but as an ethnic minority thing (as if we’re not ethnic, or not connected to those of other ethnicities). While there are groups engaged in challenging and rebuilding the structures through holistic enterprises involving educational programs and community development work, more can certainly be done. One way we can be involved in stemming gang violence is to partner with leaders who are doing significant work in this regard. I recently interviewed four African American pastors for today’s episode of The Georgene Rice Show (at 4pm, tune into 93.9 FM in Portland or stream the show; this particular segment will air around 4:30pm). In the interview, we discuss their work and the need for us to see our corporate connection to addressing the problems of gang violence in our society. I commend the work of Pastor Cliff Chappell and Man Up, Pastor Mark Strong and 11:45, Pastor Eric Knox and the Holla Foundation, and Pastor Tory Campbell and the Intergroup Dialogue on Race and Reconciliation (video). We need to realize that gang violence impacts all of us and that we are bound up in one way or another with the social decay that causes it and that we need to be involved with making fragmented cities whole. We are our brothers’ keepers. 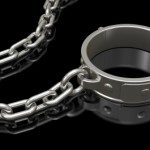 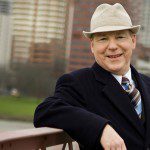 Legalism vs. Freedom vs. Lawlessness
Cranach
Books by This Author Books by Paul Louis Metzger