How Hegelian Is Christianity? 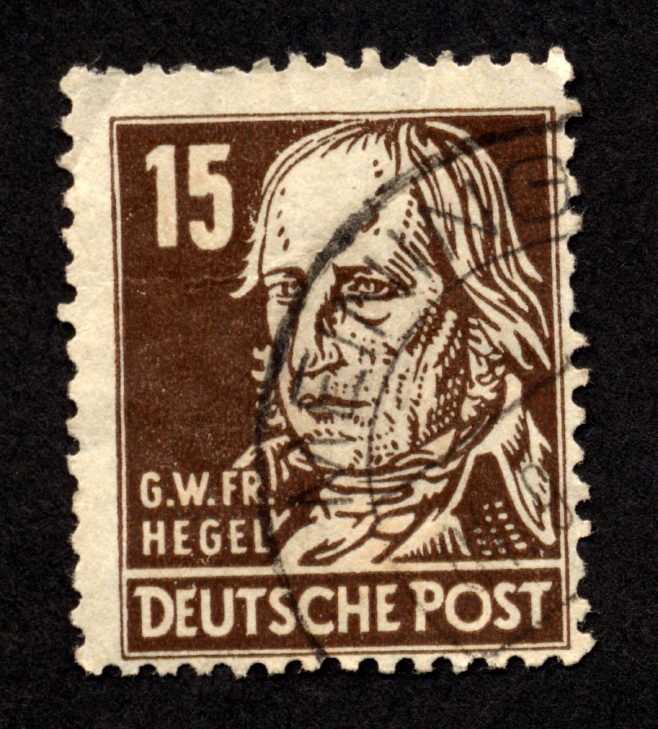 How Hegelian is Christianity? The reader might think this is an odd question in that Christianity was around a very long time before Georg Wilhelm Friedrich Hegel arrived on the scene (1770-1831). The question is intended to provoke thought concerning Hegel’s assessment of Christianity. For Hegel, Christianity illustrates what his philosophy makes explicit about ultimate reality.

Unlike Christian Aristotelianism with its emphasis on God as an unmoved mover, Hegel portrayed God as the moved mover. Unlike Kantianism with its emphasis on God as beyond history, for Hegel, God is the historical process. As Henry Aiken notes, history is “the progressive incarnation of the Absolute Spirit” in Hegel’s thought. (Henry D. Aiken, ed., The Age of Ideology: the 19th Century Philosophers, The Mentor Philosophers {New York: New American Library, 1956}, p. 81.)

I asked my students to engage this question today in my contemporary theology course: how orthodox was Hegel? Is the Bible saying what Hegel says of God as it pertains to the historical process? The Bible states, “And the Word became flesh and dwelt among us, and we have seen his glory, glory as of the only Son from the Father, full of grace and truth.” (John 1:14, ESV; italics added) What does it mean for the Word to become flesh? Does God’s Word change? Does God change? For Hegel, the Bible illustrates in pictorial terms what his philosophy sets forth in conceptual language: the Word’s becoming symbolizes or signifies that history is the ever-unfolding incarnation of the Absolute Spirit. How orthodox is that?

The jury is out on Hegel’s orthodoxy. J. N. Findlay has claimed that Hegel is “the father of ‘modernism.’” In other words, Hegel was liberal or unorthodox. (J. N. Findlay, Hegel: A Re-examination {London: George Allen and Unwin, Ltd., 1958}, p. 139.)  Findlay reasons that Hegel’s conviction that the “realization” in Jesus Christ that God must achieve “self-consciousness” in humanity was more important for Hegel than Christ being the “vehicle” for making this reality clear or explicit. (p. 139)

Charles Taylor takes a different stance. Taylor claims that Hegel’s conceptual or rational “interpretation” of the Christian faith with its perspective that the ideal or eternal absolute must become historical “restores the decisive events of Christian faith to their central historical importance.” (Charles Taylor, Hegel {Cambridge: Cambridge University Press, 1975}, p. 493.)

For Hegel, the real is the rational; the rational is the real. However, the rational cannot remain in the realm of the ideal if it is to be realized in full. The rational must become incarnate; it must become historical. (See G. W. F. Hegel, Phenomenology of Spirit, trans. A. V. Miller {Oxford: Clarendon Press, 1977}, p. 586.)

If Hegel is correct, what are the implications for the Christian faith? Is Jesus indispensable to rational faith or an illustration of a universal truth of historicized reason?  Is God humanized, and is humanity God, since God comes to self-consciousness through human consciousness in history? Or is it the case that there is no God, as with Ludwig Feuerbach, who turns Hegel on his head? For Feuerbach, humanity comes to self-consciousness through its self-objectification in conceiving deity. (See Ludwig Feuerbach, Lectures on the Essence of Religion, trans. Ralph Manheim {New York, Evanston, and London: Harper & Row, Publishers, 1967}.) How Hegelian or Feuerbachian is Christianity? Or to look at the subject matter from another angle, is Hegel’s God uncommon or all too common?

February 24, 2014
Ecclesiology Is Not a Disease. Informed Churches Help Guard Against Spiritual Diseases, Part I
Next Post

February 27, 2014 From Indulgences to Indulgent Love: Beyond Johann Tetzel and Marilyn Manson
Recent Comments
0 | Leave a Comment
"yes, not sure what your point is, but all men will give an account for ..."
fed up White Privilege: Where Do We Go ..."
"And that pendulum will swing both ways."
theresa perry White Privilege: Where Do We Go ..."
"All dates matter."
John (not McCain) Post 9/11: Christian Nationalism, the Global ..."
"A real conspiracy is generally a small group of people plotting to achieve a specific ..."
Bernard Dainton Conspiracy Theories: In Pursuit of Truth
Browse Our Archives
get the latest from
Uncommon God, Common Good
Sign up for our newsletter
POPULAR AT PATHEOS Evangelical
1

7 Good Bible Verses For Our...
Christian Crier
Books by This Author Books by Paul Louis Metzger