Is God a Child Abuser? 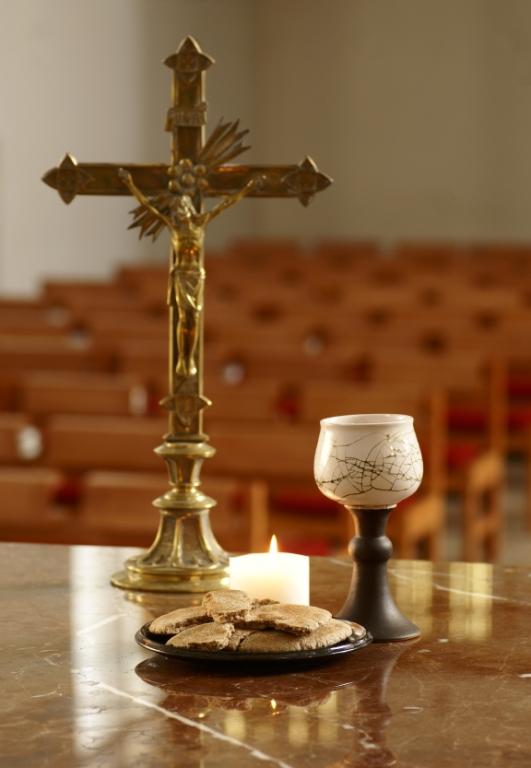 Is God a child abuser? Did God pour out his wrath on his Son? If God abused his Son, what’s to say he won’t abuse us? I don’t take these questions lightly.

Many theologians have claimed that Christ’s atoning work removed our sin (expiation). On their view, Christ’s death did not remove God’s wrath (propitiation), since God is not wrathful toward sin.

I contend that God is wrathful toward sin. He satisfied and removed his wrath in the atoning work of his Son. In all that God did, there was no abuse. In the garden of Gethsemane, the Lord asked his Father to remove the cup of his wrathful judgment from him, if it were at all possible (Matthew 26:39; see the following texts for consideration of the cup of wrath: Jeremiah 25:15-17; Psalm 75:8; Revelation 16:19). And yet, Jesus freely responded and submitted to the Father’s call. He placed the Father’s will—the divine will, which he shares as God’s Son, above his human will (Matthew 26:39). Jesus was not passive. God did not coerce him. Rather, Jesus delighted in doing his Father’s will (See John 12:27-28; Hebrews 10:5-10). The Father and Son agreed together for Jesus, who alone would become incarnate, to take the wrathful judgment upon himself in his person. It was an inner-Trinitarian decision determined within the Godhead from all eternity. There was no abuse, as they entered into this judgment together.

It is important to note that God did not pour out wrath like the Greek and Roman deities in the ancient world; such deities often judged in petty and reactionary ways. Not so with the God revealed in Jesus Christ. He did not pour out wrath to get even, but to make whole. His aim was and is to reconcile humanity to God, which involves summing up and transforming humanity and the whole creation (recapitulation).

Moreover, God brought an end to judgment in and through his Son so that he does not have to judge and condemn us, as we respond by faith. Far from giving rise to the possibility of abuse, God brought an end to the violence of sin by undergoing the divine judgment. Jesus himself bore the horror of sin, which does not only anger the Father but him as well.

It’s not that God in Christ carelessly and randomly judged. Nor, from the opposite end, did God take sin lightly and shrink back from judgment. He judged with wrath in an ordered and measured way. While there is no room for masochistic or sadistic renderings of what God in Christ has done, there is also no room here for that form of liberal social gospel, which H. Richard Niebuhr challenged: “A God without wrath brought men without sin into a kingdom without judgment through the ministrations of a Christ without a cross.” (The Kingdom of God in America {1937} {New York: Harper and Row, 1959}, p. 193). A god without wrath is a god of apathy. What righteous judge in a court of law would not be moved with a moral and legal display of wrath to pronounce judgment on the person pronounced guilty for having molested children? We would find a judge unmoved by such horrors and lacking in righteous and just passion sick. Of course, there are also unrighteous displays of passion. While not all forms of wrath are gracious and loving, the wrath revealed in Jesus’ passion was intended to bring an end to the wrongdoing caused by the horrors of our sin which has broken relationship with God. God in Christ’s aim was and is to reconcile, heal, and transform.

Pressing forward, while the Father himself did not become incarnate and die on the cross (which would convey Patripassianism; rather, only the Son became incarnate), he did suffer in giving up his Son unto death. He is not a distant deity and absent father figure. The relational intimacy between Jesus and his Father was (and is) profound. Just as the Father was close, so, too, the Spirit was close at hand. The very Spirit who led the Son in his incarnate life (Luke 4:1) is the one through whom Jesus offered himself up in death (Hebrews 9:14) and through whom God raised Jesus from the dead (1 Peter 3:18). The communal and missional connections between the Father, Son and Spirit were and are profound.

Jesus’ relational connection to us is also profound. He is no good luck charm or talisman, nor a remote figure from the distant past. Jesus’ act of reconciliation and making whole is not hanging indecisively in limbo. Rather, he is present today in his ascended state as the Alpha and Omega. Jesus is present to all times and places and ministers his redemptive grace through the Spirit to each one of us who trusts in him by faith. The connection of which I write was not and is not some irrational and remote transaction, but a relational determination on Jesus’ part to undergo the horrible depths of our judgement and to share his life with us eternally.

Have we been so abused by deities who have envied and oppressed us that we do not have the eyes of childlike faith to see that God’s Son bore our sin and God’s wrath away? If not, what will it take for us to realize that this God can be trusted? What will it take for us to comprehend that this God who has given up his Son for us all through his Son’s free act will also freely give us all things in relation to him? (Romans 8:32)

February 15, 2014 On Matters of Religion Today, Is Everyone from Missouri—“Show-Me”?
Recent Comments
0 | Leave a Comment
"Yes, we all ARE on Life Support. This planet has a system that recycles Oxygen, ..."
Kyllein MacKellerann Don’t Take Anything for Granted. We’re ..."
"LORD Jesus, heal Christopher. Amen."
Herrnhut The Resurrection Is More Than a ..."
"00"
Graeme Cooksley Jesus’ Victory Doesn’t End on Easter. ..."
"This article reminds me with my teacher who tells us (his students) to not smoke ..."
Jason Imanuelle Are You Smoking What You’re Selling?
Browse Our Archives
Related posts from Uncommon God, Common Good

Evangelical
Taking Freedom for Granted or to Heart This...
Uncommon God, Common Good