The Cross & the Swoosh 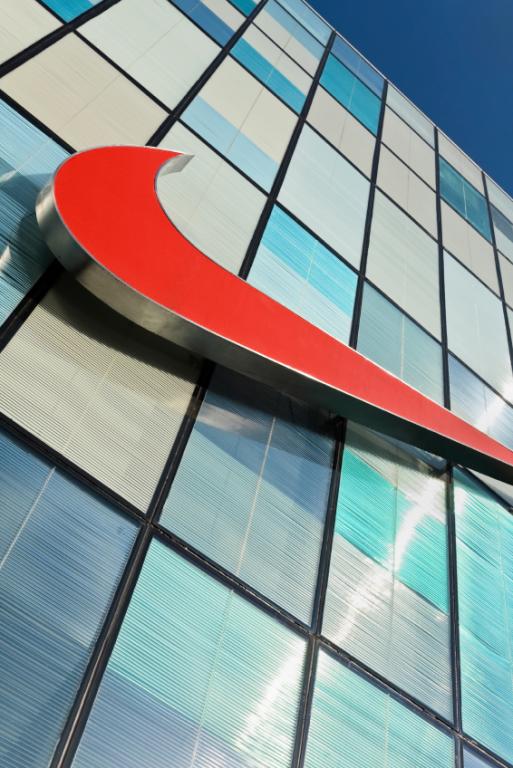 I wonder at times if we have replaced the cross with the Nike swoosh symbol on our church buildings. Just so you know, this post is not about the church if we mean by church those hypocritical people over there; no, I am talking about the hypocritical people who dwell in you and me—or at least me. After all, I am called to take the redwood forest out of my own eye before I take the toothpick out of yours. So, I admit that ingrained on my heart is a scarlet swoosh.

As with the goddess Nike who symbolizes victory, we may sense pride over victoriously fixing someone in need. But what if we cannot fix their problems? Do we distance ourselves from them, discard them, and move on? After all, such inability to solve their problems symbolizes loss and failure, not victory.

Recently, I have listened to some friends share the struggles of their lives. I found their struggles overwhelming and subconsciously feared that I could get dragged down into the rabbit hole of the bottomless pit of their nightmares. They have felt discarded by their church communities and I fear that I could easily do the same. After all, “just do it” shouts so much louder today than “just be it,” which involves dying to one’s own preferences and allowing one’s life and times to be put to death so that others can live.

The church is not Nike headquarters nor is it Home Depot, where the staff stands by in their orange aprons prepared to assist you with fixing your problems. I don’t have the necessary tools or pockets in my apron to fix struggling sinners and saints’ problems. But are they really looking for others to fix their problems or simply to identify with them as they endure their problems? Of course, we should try and help people come to terms with their problems and resolve them where possible. But there is something far more important: being the solution rather than offering something as the solution.

How often have we considered the importance of listening to people, giving time to them, staying connected, even when it hurts and frustrates and takes away our sense of accomplishment? How often have you felt that others were trying to fix you rather than feel your struggle? It’s not a good feeling because fixing someone does not necessitate that we share life with them; rather, we can keep our professional distance and stay out of the rabbit holes and pot holes of their lives. However, in the case of the cross, Jesus went down into the depths of the hell of our existence; there was no escape route; there was just us.

In the end, what we really need is not to fix people’s problems or take away their pain but to share their pain with them as the church. Here I recall the words of Henri Nouwen: “A minister is not a doctor whose primary task is to take away pain.  Rather, he deepens the pain to a level where it can be shared” (See Henri J. M. Nouwen, The Wounded Healer: Ministry in Contemporary Society {New York: Image, 1979}, 92–93). As Christians, we need to deepen pain to a degree where it can be shared with others. And so, we need to make sure the Nike swoosh never replaces the cross on our buildings or in our hearts and imaginations. After all, as the church, we’re not ultimately salespersons or athletes or doctors who sell something or conquer something or take away people’s pain. Rather, we’re the community that carries the cross and so we must continue to struggle with one another. We must continue to create safe spaces to listen, sharing in one another’s pain for the sake of relational wholeness.

Sometimes medical doctors get it, not just ministers like Nouwen. In the movie, Patch Adams, Patch, played by Robin Williams, said that if you treat a disease (i.e., fix someone), you may win or lose. However, if you treat a person, you are guaranteed to win regardless of the outcome.

March 31, 2014
"Breaking Bad" and Maslow's Hierarchy of Needs
Next Post 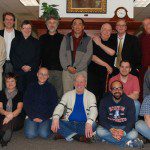 Why Leftwing Regimes--from North Korea to...
Cranach
Books by This Author Books by Paul Louis Metzger

Dads, Your Humble Willingness to Apologize to Your...
I remember vividly a meal and conversation Nanci and I shared with...
view all Evangelical blogs
What Are Your Thoughts?leave a comment
Copyright 2008-2021, Patheos. All rights reserved.