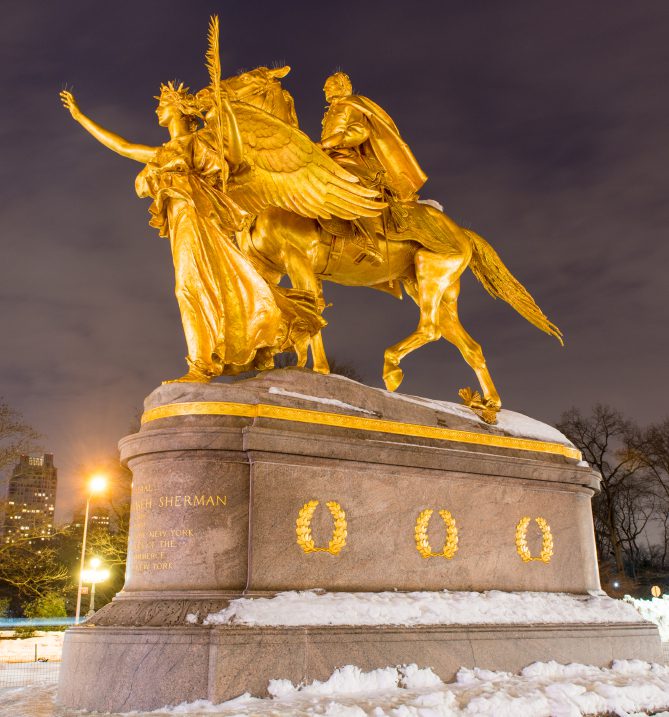 How manifest was Jesus’ destiny as King of God’s kingdom? Not very. Unlike America’s destiny which was proclaimed or made manifest to the nations as exceptional and second to none, Jesus’ kingdom was not very visible or exceptional by human standards. After all, John the Baptist only knows Jesus is the Messiah because of the Spirit’s descent as a dove upon Jesus at his baptism of repentance in the wilderness (See John 1:33).

A dove? A baptism of repentance? In the wilderness? (See Luke 3:1-22) It is not how I would make my introduction if I were destined to be king. I would make sure my destiny was made manifest to all in very clear terms, kind of like Caesar who paraded the Pax Romana in triumphal procession or American General and later President Andrew Jackson, who championed American exceptionalism in his military exploits in the Floridas (See the discussion of Jackson in this article on manifest destiny).

To me, it is striking that Luke’s Gospel portrays John’s ministry and Jesus’ baptism against the backdrop of the Roman Empire and its regional governmental representatives as well as the high priesthood (Luke 3:1-2). The Word of God does not come to John in the city, but in the wilderness (Luke 3:2). It is not that the city is evil in and of itself, for God’s prophets of old and Jesus himself loved Jerusalem in spite of its rebellion against God (Luke 13:34). Rather, it is that God often works initially outside centers of power (outside as well as inside cities) to bring spiritual reform to a generation.

What kind of spirit brings spiritual renewal and lasting peace? The spirit of the age, whether it be the Pax Romana (Peace of Rome) and Pax Americana (Peace of America), that often rule by retributive power and pride, or the Spirit of God who rules redemptively in grace, gentleness, and humility? The Spirit of God descended on Jesus as a dove. As with the significance of the dove in Genesis 8:11 and Matthew 10:16, the dove in Luke 3 signifies peace, innocence, and gentleness.

What does the Spirit as a dove signify for Jesus’ kingdom mission? What does the Spirit do? How does the Spirit operate? The Spirit who descended upon Jesus as a dove was the same Spirit through whom Jesus was conceived and born of the virgin peasant girl, Mary (Luke 1:35), rather than by Caesar Augustus’ wife, Julia Augusta, or JFK’s Jackie Kennedy. It is the same Spirit through whom Jesus was led into the wilderness to be tempted by the Devil in hunger and weakness, not strength (Luke 4:1-2). Lastly, it is this very same Spirit who rested upon Jesus to liberate the poor and needy and welcome the outsiders into his kingdom (Luke 4:16-29) rather than exclude them and weigh them down in despair with the oppressive burden of nationalism and empire.

All too often today talk of being missional reflects a different spirit than that of the Spirit who descended on Jesus as a dove in the wilderness. Yes, the Spirit is creative, but not showy. Certainly, the Spirit descended at Pentecost through tongues of fire and caused those gathered there to speak in various tongues. But the Spirit proclaimed the crucified and risen Jesus of Nazareth (See Acts 2), not Ricky Bobby’s eight pound six ounce baby Jesus of infinite consumer appeal or Rambo of blood and gore glory. The Spirit does not showcase justice either where the poor are made the victims of celebrity charity. Rather, the poor as well as the lame and also repentant tax collectors and prostitutes are those among whom Jesus lives. They are his friends.

Who do you and I befriend in our missional sojourns? What destiny are we seeking to manifest? How do we discern the Spirit of Jesus’ kingdom from the empire spirit of the age? Which spirit fills us as we engage in mission? 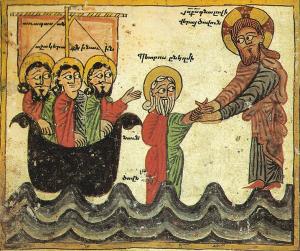