We Are On Trial: Reflections on Kafka and The Bible

We Are On Trial: Reflections on Kafka and The Bible September 17, 2014 Paul Louis Metzger 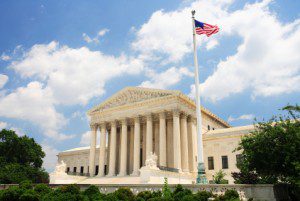 We are on trial. Unlike Franz Kafka’s Trial, the divine Judge revealed in the Bible issues particular laws by which to abide and specific charges and verdicts of guilt and/or innocence. The divine Judge also discloses his identity rather than hide in the shadows during court proceedings.

In our day, many people find laws oppressive. Laws can be oppressive, when society operates like the one in Kafka’s Trial. The legal system in Kafka’s work is nebulous and open to distortion and abuse. Contrary to some possible readings of the law or Law involving negative religious connotations concerning the divine will in (the second to last chapter of) The Trial, the Law given by God to Moses and Israel is clear in its essential teaching, true, and life-giving (See Deuteronomy 30:11-20).

The Hebrew Scriptures reveal that God gives his people the Law in freeing them from bondage in Egypt for fullness of life in the Promised Land. No longer must they live as slaves under an oppressive, unjust regime in Egypt. They rejoice that the LORD God loves them so much that the LORD God shares his name with them (the LORD; Exodus 3:13-15; Exodus 4:31) and gives this former slave people, whom he has delivered from bondage, concrete laws to help them walk uprightly before God and one another (Deuteronomy 4:7-8). Such laws are not intended to oppress them, but to guard against oppression, including care for the widow, orphan, and alien in their midst (See Deuteronomy 10:12-22; such care for the alien in their midst includes those Egyptians who leave Egypt with them!—see Exodus 12:38).

The LORD God gives his people Israel the Ten Commandments. We find that the LORD instructs Moses to cut two tablets of stone on which the Law is to be written (Deuteronomy 10:1-2; this is the second time God gives the Ten Commandments to Moses). The people are to cut or circumcise their hearts so as to obey God’s word which reveals God’s heart for his people and his desired relationship with them (Deuteronomy 10:16; later, we are told that God will write the Law on his people’s hearts, not simply on stone—Jeremiah 31:31-34; cf. Hebrews 8:8-13):

And now, Israel, what does the Lord your God require of you, but to fear the Lord your God, to walk in all his ways, to love him, to serve the Lord your God with all your heart and with all your soul, and to keep the commandments and statutes of the Lord, which I am commanding you today for your good? Behold, to the Lord your God belong heaven and the heaven of heavens, the earth with all that is in it. Yet the Lord set his heart in love on your fathers and chose their offspring after them, you above all peoples, as you are this day. Circumcise therefore the foreskin of your heart, and be no longer stubborn. For the Lord your God is God of gods and Lord of lords, the great, the mighty, and the awesome God, who is not partial and takes no bribe. He executes justice for the fatherless and the widow, and loves the sojourner, giving him food and clothing. Love the sojourner, therefore, for you were sojourners in the land of Egypt. You shall fear the Lord your God. You shall serve him and hold fast to him, and by his name you shall swear. He is your praise. He is your God, who has done for you these great and terrifying things that your eyes have seen. Your fathers went down to Egypt seventy persons, and now the Lord your God has made you as numerous as the stars of heaven (Deuteronomy 10:12-22; ESV).

As stated above, Moses and Israel rejoice in knowing of God’s care for them in making known his instructions for the life of his Covenant people (Deuteronomy 4:7-8). They do not need to worry about appeasing a god who judges them for laws they do not know, and which have not been revealed to them.

It is not enough for God to reveal himself through symbols. While words themselves are not always easy to interpret (as the various schools of hermeneutics suggest), God’s intent in giving Moses and his people his Word is to show them how to walk in his ways. God’s words are not polyvalent like symbols, which might give us permission to project onto them our own meaning. Even the symbolic disclosures of the bronze serpent in the wilderness and Jesus on the cross require explanation by words to show us how to respond—by faith in God’s provision of deliverance from death (See such explanations offered in Numbers 21:4-9 and John 3:14-15; see also the connection between the miraculous signs and call to faith bound up with definitive explanation by the gospel writer in John 20:30-31).

Long ago, at many times and in many ways, God spoke to our fathers by the prophets, but in these last days he has spoken to us by his Son, whom he appointed the heir of all things, through whom also he created the world. He is the radiance of the glory of God and the exact imprint of his nature, and he upholds the universe by the word of his power. After making purification for sins, he sat down at the right hand of the Majesty on high… (Hebrews 1:1-3; ESV)

Jesus is the named God’s living Law through whom God will judge the world (See John 5:22). As Paul declares,

Being then God’s offspring, we ought not to think that the divine being is like gold or silver or stone, an image formed by the art and imagination of man. The times of ignorance God overlooked, but now he commands all people everywhere to repent, because he has fixed a day on which he will judge the world in righteousness by a man whom he has appointed; and of this he has given assurance to all by raising him from the dead” (Acts 17:29-31; ESV).

We are on trial for our response to God’s Word. Certainly, God has revealed himself to Israel’s fathers in diverse ways through the ages, as Hebrews claims (Hebrews 1:1), and to the world in a variety of forms (Romans 1:18-23; 2:12-16). We are without excuse. Even though we are without excuse, it is a loving mercy that we know the charge of guilt, the specific rules of the court, the identity and authority of the Judge who oversees the court proceedings, and the offer of divine pardon.

I am grateful that Jesus is the Judge judged on our behalf, as Karl Barth claimed[1]; nonetheless, we still must ask how we are responding to God’s revealed Law, especially those of us who claim to know this God. Unlike a judge who hides in darkness and makes unjust backroom deals, the LORD God operates equitably in the open. Will we run and hide in exile rather than face this Judge, or dare to draw near?

September 15, 2014
Social Darwinism, Richard Dawkins and Down syndrome
Next Post

September 22, 2014 Sola Scriptura, Not Solitary Confinement
Recent Comments
0 | Leave a Comment
"yes, not sure what your point is, but all men will give an account for ..."
fed up White Privilege: Where Do We Go ..."
"And that pendulum will swing both ways."
theresa perry White Privilege: Where Do We Go ..."
"All dates matter."
John (not McCain) Post 9/11: Christian Nationalism, the Global ..."
"A real conspiracy is generally a small group of people plotting to achieve a specific ..."
Bernard Dainton Conspiracy Theories: In Pursuit of Truth
Browse Our Archives
get the latest from
Uncommon God, Common Good
Sign up for our newsletter
POPULAR AT PATHEOS Evangelical
1