Your Ultimate Concern Is Your God 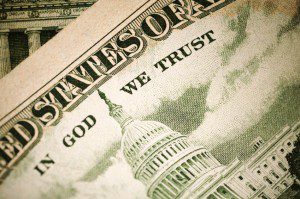 Theology is the study of that which concerns each of us ultimately and its bearing on everything else. Paul Tillich wrote about the subject of “ultimate concern” at length, but not exactly in the same vein (See for example Paul Tillich’s treatment of this theme in his Systematic Theology, volume 1 {Chicago: The University of Chicago Press, 1951}; refer here to a discussion of Tillich and the essence of religious attitudes being that of “ultimate concern”).

One does not need to be strictly religious to have ultimate concerns. In fact, the irreligious are not “liberated” from what Mircea Eliade calls “religious behavior, from theologies and mythologies” in his classic work The Sacred and Profane: The Nature of Religion (New York: Harcourt, 1987). “They sometimes stagger under a whole magico-religious paraphernalia, which, however, has degenerated to the point of caricature and hence is hard to recognize for what it is.” Eliade refers the reader to Marx and the “mythological” framework of communism with its “eschatological content” (See Eliade, 205-206). From the opposite end of the ideological-political-economic spectrum, perhaps one could discern an implicit or explicit mythology in Ayn Rand’s work, including her chapter “Sacred and Profane” in Atlas Shrugged.

What concerns you ultimately, and how do you know? When push comes to shove, that which matters most to us is our ultimate concern or god. It’s not really a matter of what we say, but of what we do and prize. The biblical author James’ audience believed in God, but their faith was empty of obedience. While the demons trembled in knowing of God, these Christians’ knowledge of God did not lead them to tremble before God, as they played favorites with the rich and despised the poor in their midst (See James 2). The rich young ruler came to Jesus because he knew he was a good teacher and would give him insights as to how to inherit eternal life; and while he responded to Jesus’ call to obey the Law that he had held fast to from his youth, he still lacked one thing: he needed to go and sell his possessions, give the proceeds to the poor, and follow Jesus to find eternal life. His interest in eternal life only went so far; his wealth mattered far more to him (Matthew 19:16-22). Lastly, take the example of many of Jesus’ own people as presented in John 8. Their ancestral connection to Abraham and nation mattered more to them than Jesus did to them (even though some initially had responded in faith to him); as a result, some of those gathered there sought to kill Jesus based on his claims.

How would you and I respond to Jesus, if he were physically present before us? Would we tremble at his word, like the demons and the storm, or would we shrug our shoulders? Would we pursue him or cling to whatever semblance of wealth we had? Would we cherish him or seek to kill him for getting in the way of our family allegiances and nationalistic agendas? These are not easy questions for any of us to answer, if we are honest and if we really are passionate about knowing the truth about God.

John Calvin was passionate about the truth and knowledge of God revealed in Jesus Christ. In closing, I wish to draw attention to Calvin’s discussion of the knowledge of God in his Institutes of the Christian Religion. There the Protestant Reformer writes,

The effect of our knowledge…ought to be, first, to teach us reverence and fear; and, secondly, to induce us, under its guidance and teaching, to ask every good thing from him, and, when it is received, ascribe it to him. For how can the idea of God enter your mind without instantly giving rise to the thought, that since you are his workmanship, you are bound, by the very law of creation, to submit to his authority?—that your life is due to him?—that whatever you do ought to have reference to him? If so, it undoubtedly follows that your life is sadly corrupted, if it is not framed in obedience to him, since his will ought to be the law of our lives.

As Calvin says, our lives are sadly corrupted if they are not framed in obedience to the very one to whom we owe our existence. We can entertain vain objects of worship, play games with heady concepts of deity and engage in vain speculation about endless genealogies and myths in order to try and keep a safe distance from the Almighty. How foolish! As the Proverbs declare, the beginning of wisdom and knowledge is the fear of the Lord (Proverbs 1:7, 9:10).

August 31, 2014
Sunday Morning Reflections on "Mu" and the Resurrection at Ganshoin
Next Post 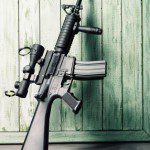 September 5, 2014 Who Is to Blame for the “Jihad Generation”?
Recent Comments
0 | Leave a Comment
"Yes, we all ARE on Life Support. This planet has a system that recycles Oxygen, ..."
Kyllein MacKellerann Don’t Take Anything for Granted. We’re ..."
"LORD Jesus, heal Christopher. Amen."
Herrnhut The Resurrection Is More Than a ..."
"00"
Graeme Cooksley Jesus’ Victory Doesn’t End on Easter. ..."
"This article reminds me with my teacher who tells us (his students) to not smoke ..."
Jason Imanuelle Are You Smoking What You’re Selling?
Browse Our Archives
Related posts from Uncommon God, Common Good