Lessons from Baltimore and the Bible: Work with the People, Not for the People

Lessons from Baltimore and the Bible: Work with the People, Not for the People May 5, 2015 Paul Louis Metzger

These are the closing words to a post from leaders of local initiatives in Baltimore (here is the full post). They are responding to the wave of outsiders coming into their community in response to Freddie Gray’s tragic death and charges of police brutality. The local residents represented in this post have been engaged in the struggle for justice for a very long time. Yet they feel the outside attention has negatively impacted the social fabric in their community. They write that it is “important that the voices of those most directly affected by this on-going crisis are centered, heard, and followed.”

All too often, outside experts who claim to be efficient in addressing problems intrude and interfere in communities rather than ask them how they might be able to partner with them. Whether or not an outside group boasts efficiency, the group in question may not be very effective in the long run. This concern over ineffectiveness only increases when outside experts do not listen to and respect the locals. After all, the local community will have to bear the burden and carry on with the struggle once the spotlight vanishes and visitors depart.

How often do we find the tragic irony that insider and outsider experts and cultural elites alike fail to listen to the locals in places under duress? This is one key reason why their communities face ongoing challenges and oppression. It is important that we listen to local residents in places like Baltimore; careful listening signifies love and respect.

It is also important that we listen to the voice of the Bible, which sheds light on how to lead a movement of action, not inaction or intrusion. Let’s take Jesus for example. Just think of how he lived among the people. He was not an outside expert from Jerusalem or Rome, nor a cultural elite in the region, but one of the peasant people, a marginalized outsider from Nazareth in Galilee. Consider how he chose disciples from the community rather than rely on the genius of those in high places. Ponder how he called on his followers to help him address a variety of issues, including the feeding of the multitudes in the gospels. A boy shared what is likely his ordinary and locally grown catch of fish from the Sea of Galilee and locally baked loaves of bread with Jesus. In turn, Jesus multiplied the boy’s resources in dramatic fashion (John 6:1-15).

Jesus relied on the supernatural power of God in his humble human state. He was secure in his Father’s sovereign love, and so could make the time and give the space to others, to listen to them, to look to them as brothers and sisters and friends in the struggle, rather than solve all their problems for them by his lonesome. It was as if Jesus took a page from Paulo Freire’s Pedagogy of the Oppressed given that he treated the people not as blank slates, but as comrades with the riches of human ingenuity to share. Or just perhaps, Freire took a page or two from accounts of Jesus in the Bible.

Sure, Jesus could have done it all. Certainly, he alone suffered and died once and for all to save the world from sin. Even so, he made sure to include people wherever he could. He respected and loved them and invested in them. As a result, Jesus created a movement, not a monument to himself. Through his Father and the Spirit, his disciples would do greater works than he did (John 14:12), turning the world upside down (Acts 17:6).

No matter who we are or where we live, we need to respect and listen to the local people, learn from them, and invest in them. People who are given the assistance to take ownership of their problems will make a long-term impact. It takes secure people, including those from the outside and insiders from above, to come to assist rather than take over. Only then can there be a redemptive makeover in places around the world, such as seaport cities like Baltimore or towns and villages by the Sea of Galilee. 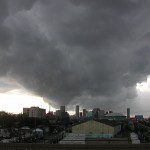 May 2, 2015
Baltimore and Beyond: Cities that Wait for the Storm Cloud to Blow Over May Blow Up
Next Post 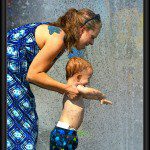 May 9, 2015 Paying Tribute to Mothers
Recent Comments
0 | Leave a Comment
Browse Our Archives
get the latest from
Uncommon God, Common Good
Sign up for our newsletter
POPULAR AT PATHEOS Evangelical
1