Should Christians Fear “America’s Changing Religious Landscape”? It All Depends on How We Interpret and Respond to the Data.

Should Christians Fear “America’s Changing Religious Landscape”? It All Depends on How We Interpret and Respond to the Data. May 16, 2015 Paul Louis Metzger

The Pew Research Center recently released “America’s Changing Religious Landscape: Christians Decline Sharply as Share of Population; Unaffiliated and Other Faiths Continue to Grow.” I have witnessed various responses and reactions to it. A few of the responses I have appreciated are “’Cause We Are Living in a Pluralist World…” and “What Are We Talking About When We Talk About Christian Decline In America: A Brief Reflection on the Pew Report.”

Should Christians fear America’s changing religious landscape? Should we give in to a spirit of pessimism and despair? It all depends on how we interpret and respond to the data. If we believe America must remain culturally Christian for the gospel to flourish, or if we covet the cultural and political perks that come with being identified as a Christian in America, then we have every reason to fear. However, such a response does not resonate with the gospel.

The allusion to 1 Peter is not intended to connote that Christians in America are being persecuted at every turn. I would not claim that such is the case, but that our privileges as Christians in America in many quarters are taking a downturn. With this point in mind, it is worth noting that the Christians in the 1st Century had far fewer privileges than we do today. 1 Peter is a strategic guide as to how they should respond. Like those early Christians, we should be confident in God’s providential care and look for strategic opportunities for effective and honorable gospel witness that affirms the common good. After all, we believe that God raised Jesus from the dead and that he has ascended to the right hand of God from which he rules until he draws history to a close. We worship an uncommon God.

Moving from the first century to the twentieth century for a moment, Karl Barth did not agonize over the death of the Corpus Christianum or Christendom in Europe. As I wrote in my first blog post at Patheos a few years back, “What Barth called ‘the emancipation of the world from the church’ will lead to the emancipation of the true gospel to be emancipated from slavery to American culture and be proclaimed to one’s fellow Americans free of charge (For Barth’s discussion of the freedom for gospel witness that occurred with the dissolution of the marriage of the church and state in Europe, see Karl Barth, Church Dogmatics, IV/3.1, The Doctrine of Reconciliation {Edinburgh: T. & T. Clark, 1961}, pp. 20-21).” (See also my post “I Can’t Wait for Christian America to Die”). From the vantage point of 1 Peter and the Church Dogmatics, the death of Christian America does not spell the death of Christianity in America. Instead, the death of nominal Christianity will lead to a phenomenal opportunity for an authentic encounter of holistic gospel witness that moves beyond bait and switch manipulation to selfless sacrifice in view of Christ’s sovereign love in American society.

Just as the authors of 1st Peter and the Church Dogmatics would not engage in self-pity or pessimism, they would not advocate Christian triumphalism either. The triumph of Jesus—our uncommon God—over the cross does not spell triumphalism, but rather a victory to move beyond Christian tribalism and factionalism. The gospel of Jesus frees Christians to be for the other—Christian and non-Christian alike. As the title of this blog column specifies, the uncommon God is for the common good.

There are many voices in our society that want to bracket religion from the public square. In some settings, it is due to Christians making bad use of their power and influence to benefit their own tribe. Here we can learn a thing or two of what led in part to the demise of Christendom in Europe prior to and leading up to the Enlightenment period. The religious warfare between Christians of various stripes—Catholic vs. Protestant and Protestant vs. Protestant—over doctrine and practice and other differences—led to disillusionment with institutional religion within the surrounding culture.

With this point in mind, we who are Evangelicals must be on guard that we do not celebrate that the Pew report findings suggest things fare better for us than other Christian groups. Rather than fostering tribalism, we need to partner with these other Christian groups wherever possible for bearing witness to our uncommon God for the uncommon good. We should also partner with people of various religions and no religion at all, where we can find common ground. Model initiatives in my area include the Luis Palau Association’s City Serve, Beaverton Foursquare’s strategic work with a Roman Catholic Church, Muslims and the local school district, Second Stories’ neighborhood partnerships, the Holla Foundation, New Heights Church’s free medical and dental clinic, 11:45, Straight Path, Inc., Shared Hope International, Wiconi International, Imago Dei Community’s Love Portland, Man Up, Compassion Connect, and numerous others. Evangelicals in my area should also seek opportunities to partner with such groups as Ecumenical Ministries of Oregon.

We who are Evangelical need to show that we are not indifferent to working with others for the common good or our faith will be treated with indifference. We need to demonstrate how our faith matters, which includes accounting for how multi-faith engagement, including collaboration with those not aligned with any official religion, matters. The Evangelical Chapter of the Foundation for Religious Diplomacy and the group Multi-Faith Matters sponsored by The Louisville Institute seek to promote such a posture that moves beyond pessimism and triumphalism. We look to highlight the good work Evangelicals are doing in this sphere, as is its partner The Institute for the Theology of Culture: New Wine, New Wineskins (Refer here to one of our longstanding initiatives in multi-faith engagement with our friends at Dharma Rain Zen Center in Portland).

The Pew data should not lead Christians in America of any stripe to pessimism or triumphalism, but a posture of collaboration in view of our uncommon God for the common good. 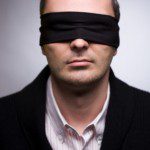 May 17, 2015 The Ascension: Jesus Has Some Serious Hang Time.
Recent Comments
0 | Leave a Comment
Browse Our Archives
get the latest from
Uncommon God, Common Good
Sign up for our newsletter
POPULAR AT PATHEOS Evangelical
1