*This blog post is part of a series of entries on education in contemporary society.

I remember reading Paulo Freire’s Pedagogy of the Oppressed and learning about his life story.[1] Though born into a middle class home in Brazil, his family experienced the impact of the Great Depression and moved to a less expensive city. During those years, his father died. He fell behind in school, but learned a great deal from other poor children. He realized that his playmates weren’t stupid, just hungry, like him. While his family’s fortunes eventually turned around, the events of those years shaped his life-long concern for changing the conditions of the poor. Such concern involved addressing the relationship of knowledge and social class. Here’s what Freire says,

I wanted very much to study, but I couldn’t as our economic condition didn’t allow me to. I tried to read or pay attention in the classroom, but I didn’t understand anything because of my hunger. I wasn’t dumb. It wasn’t lack of interest. My social condition didn’t allow me to have an education. Experience showed me once again the relationship between social class and knowledge.[2]

Certainly, hunger for education is a vital key to learning. But so, too, is satisfying people’s hunger that keeps them from learning. Fortunately, Freire is not the only one who gets this point. There is an increasing number of people here and abroad who understand this connection. In what follows, I will draw attention to one educator I personally know who inspires me.

Ms. Emily Hayden did not grow up hungry, but like Freire she has a hunger to address the various social conditions that keep children from fulfilling their dreams and reaching their full potential. Ms. Hayden serves as the Founding Director of Grow Montessori in Atlanta, Georgia’s Historic Westside. You can find out more about Montessori and this particular program it Atlanta at the following link: http://www.growmontessori.org/.

I have known Ms. Hayden since she was born—she’s the oldest daughter of my sister. While one might find me biased because she’s my niece, anyone who knows her will confirm how keenly engaged and motivated she is to address social injustices. She has a passion to promote equity in education, beginning with children at a very early age. I asked Emily to answer the following questions concerning this Montessori program and the values it seeks to embody.

PLM: Just as Freire’s experience drove him to address the relationship of knowledge and social class, what has driven you to do the same?

EH: The vision for Grow Montessori School was birthed while I was living at the Open Door Community here in Atlanta and simultaneously serving as the program director at the S.A.Y. Yes! Center for Youth Development at New Life Covenant Church in the English Avenue neighborhood. In the mornings, I served breakfast to homeless men and women, and in the afternoons I tutored children in one of our city’s most under-resourced communities. These two daily experiences brought to mind Frederick Douglass’s quote, “It is easier to build strong children than to repair broken men.” My tenure as director of the S.A.Y. Yes! Center showed me first-hand the critical need for affordable, accessible, and high-quality early childhood education. I researched a variety of methods but found my home in Dr. Montessori’s writings. When I discovered that she opened her first casa (or “children’s house”) in one of Rome’s poorest districts, the vision for Grow really began to take shape. After receiving my Montessori training, my husband and I moved to English Avenue. In 2013, I opened Grow Montessori School in our home. Two years later, we purchased a free-standing building in a similar neighborhood just two miles down the road.

PLM: What is distinctive about Montessori’s vision of education, and what are specific ways in which you are seeking to embody this vision in Atlanta’s Historic Westside?

EH: In a Montessori casa, children of mixed ages engage in self-directed learning in a prepared environment where they are guided by a trained adult. Some of the key tenets of Dr. Montessori’s philosophy are order, beauty, independence, friendliness with error, and freedom of movement. At the very heart of her approach is an immense trust in and awe at the capacity of the child—the capacity to learn, to resolve conflict, to concentrate on a chosen task for long periods of time, to act respectfully and responsibly in community.  At Grow, we do our best to honor each child with attuned, developmentally-responsive care—always asking ourselves, “Who are you today? What do you need to thrive?”

One of the specific ways we try to embody Dr. Montessori’s vision is by creating a beautiful learning space filled with meticulously crafted developmental materials plus a host of carefully curated items—like a kite from Indonesia, baskets from Kenya, a didgeridoo from Australia, and teacups and vases that belonged to my grandmother. The materials on the shelves are real, functional, and oftentimes fragile. We want our space—as well as everything we say and do—to communicate a message: “This place is for you. You are special. We delight in you.”

PLM: What are some of the particular challenges you face in your work?

EH: Some of the particular challenges we face in our context are forging authentic community across lines of class and race and attending well to the social-emotional needs of the children we serve. A more basic challenge is fully equipping our classrooms—it can be quite expensive to furnish Montessori classrooms.

PLM: What are some stories of people in your community that inspire you in your work? What have you found most rewarding about the Grow Montessori program?

EH: I’m grateful for an incredible circle of friends and neighbors who are doing important work in our community like Benjamin and Sara Wills who recently launched Peace Preparatory Academy in English Avenue and Laura Pritchard-Compton who founded Urban Perform—a non-profit community gym—in nearby Vine City. My friend and neighbor, Stephen Causby, has galvanized a team of community members to reclaim a vacant lot in English Avenue and transform it into a community garden and play space.  Rosario Hernandez, the grandmother of one of our former students, recently became a master gardener and is working to cultivate a number of community gardens on the Westside. And three members of my staff—Libby Hovey, Annabelle Schofield, and Melissa Scott-Ticknor—all live and serve here on the Westside. Their heart for children inspires me daily!

The most rewarding part of our work is connecting deeply with the children–really “learning” them—and then presenting work to them that is nourishing to the mind, body, and spirit. When a child finds her “flow,” it’s magical to behold. I also love to watch how the presence of our school really activates the surrounding community. Neighbors wave to us on their way to and from work, while elderly residents venture out to the sidewalk to catch a glimpse of the children at play. The man who lives across the street does our landscaping and shares his love of drumming with the children. Their laughter echoes in the streets.

PLM: What would you like to leave with readers to encourage them to make an impact in addressing social inequities in education in our world today?

EH: I read the following quote by Jonathan Kozol a while ago and it made quite an impression on me:

Many of us regard ourselves as mildly liberal or centrist politically, voice fairly pleasant sentiments about our poor children, contribute money to send poor kids to summer camp, feel benevolent. We’re not Nazis; we’re nice people. We read sophisticated books. We go to church. We go to synagogue. Meanwhile, we put other people’s children into an economic and environmental death zone. We make it hard for them to get out. We strip the place bare of amenities. And we sit back and say to ourselves, ‘Well, I hope that they don’t kill each other off. But if they do, it’s not my fault.’[3]

It’s a tough, provocative quote, and it’s easy to feel defensive when you read it the first time (I know I did!). Just the same, I would encourage readers to wrestle with questions of access, equity, and quality in education. What types of preschool programs do children in poor neighborhoods near you have access to? Would you send your child there? Why or why not? What can we do at a structural level to ensure that all children receive an excellent early education? If we truly love children—beyond sentimental affection—then we need to ask ourselves some hard questions about the persistence of educational disparities.

[3] This quote is widely attributed to Kozol, though its exact origin is unknown.  Regardless, even if apocryphal, its point is well taken.

October 9, 2015
Complexify Religion if you Want to Stamp Out Fanaticism
Next Post 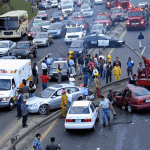 October 14, 2015 Religions and Road Rage: How to Navigate the Highways of Life
Recent Comments
0 | Leave a Comment
Browse Our Archives
get the latest from
Uncommon God, Common Good
Sign up for our newsletter
POPULAR AT PATHEOS Evangelical
1