Muhammad Ali’s Enduring Legacy for Me: Don’t Change Your Name at the Slave Market of Consumer Appeal and Demand?

Muhammad Ali’s Enduring Legacy for Me: Don’t Change Your Name at the Slave Market of Consumer Appeal and Demand? June 7, 2016 Paul Louis Metzger

Muhammad Ali insisted people call him by his chosen name, and not his “slave name,” Cassius Clay (See the video “What’s My Name?”). It cost Ali PR in certain circles outside the boxing ring for insisting on his chosen name; it seemingly cost others inside the ring (though one should note this deconstruction of the legend surrounding Ali’s fights with Floyd Patterson:) for not desisting in calling him Clay.

One might argue that Ali the showman chose to make money as someone many loved to hate (again, see the Patterson story above). His brashness, unorthodox boxing style, and conversion to the Nation of Islam certainly made him the subject of controversy. So did his refusal to go and fight in Vietnam. As a result of his refusal based on personal and religious convictions, his heavyweight title was stripped, he was banned from boxing (for a time), and he faced the serious threat of going to jail. According to his own words, though, why would he want to go and fight the Vietnamese, when they had never harmed and lynched him or his people? He would rather go to jail.

Yes, he made money as a result of his showmanship and controversial persona, but I agree with William C. Rhoden: Ali never sold out.

How about us? Do we ever sell out on our convictions if it profits us?

I especially enjoyed watching Ali’s fights with Joe Frazier as a child. They were classic battles. So was Ali’s classic battle not to capitulate to the dominant cultural power structures that would seek to harness him as a sports slave.

How many of us would be willing to sell out on our convictions, even renounce our chosen name or religion, if we could profit from it at the slave market of consumer appeal and demand? In the midst of the controversy surrounding him and his legacy, one of Ali’s greatest gifts to us was his courageous refusal to be commodified, thereby cheapening his name and his faith. He even criticized Donald Trump in December for his call to ban Muslims entry to the U.S., and exhorted fellow Muslims to “stand up to those who use Islam to advance their own personal agenda.” See “US Muslims drew inspiration from Ali’s fight for his faith.”

Let those who would commodify personal convictions and faith strip us of whatever medals we have won. And even if we fail to achieve greatness like the boxing King Ali, and even if we don’t have his charisma, let’s be ourselves. That in itself would be a triumph. Don’t sell out at the enslaving market of ever-changing consumer appeal and demand. What’s your name? 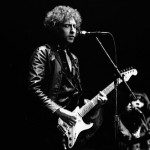 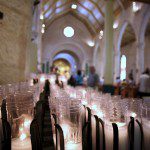 June 13, 2016 A Prayer for Orlando
Recent Comments
0 | Leave a Comment
Browse Our Archives
get the latest from
Uncommon God, Common Good
Sign up for our newsletter
POPULAR AT PATHEOS Evangelical
1

From Theistic Evolution to Intelligent Design:...
Unbelievable?
Books by This Author Books by Paul Louis Metzger

Evangelical
What Characterizes Biblical Hope During Advent and Beyond?
Uncommon God, Common Good

Evangelical
Why Should We Give Thanks to God During...
Uncommon God, Common Good
TRENDING AT PATHEOS Evangelical

Abortion and the Will to Power
Critical theorists see power and oppression everywhere.  Why don't they see it...