The Story of Creation is about Salvation, Not Theistic Evolution or Six-Day Creationism

Let us imagine that God creates a fully grown tree today, and places it in a forest. A week later, a scientist and a theologian encounter this tree. The theologian believes that God is trustworthy and has clearly communicated to him that this tree was created just a week ago. The scientist bores a hole in the tree, and counts its rings. There are 100 rings, so he concludes that the tree is 100 years old. Who is right? In some senses, both the scientist and the theologian are right. God created a one week old tree (the true age) that looks 100 years old (the scientific age). Moreover, it would be absurd for the theologian to deny the 100 rings that the scientist uncovered, or to dispute the scientific age of the tree. Likewise, the scientist cannot really presume to disprove God.

Dr. Swamidass asked me to respond from a Barthian angle. In this light, my question is not ‘Why would God not choose—or choose—to leave evidence?,’ but ‘Why are we choosing to have this conversation?’ Could it be that we are barking up the wrong tree? Following an Irenaean and Barthian-like line of inquiry involving the ancient story of creation in the Bible, we should be reflecting upon the tree of the knowledge of good and evil bearing the forbidden fruit in the garden, and the tree on which Christ is hung, so that he might be the “firstfruits” of the tree of life which is in the garden city of the New Jerusalem (See for example Genesis 3; 1 Corinthians 15:21-26; Galatians 3:13; Revelation 22:1-5). The question of young earth/old earth, young tree/old tree, is only derivative in importance; for someone like Barth, it may in fact be a distortion that is misdirecting our attention. The story of creation in Christian Scripture is not about theistic evolution vs. six day creationism,[2] as it is about the salvation narrative of Jew and Gentile centered in the story of Abraham leading to the promised deliverance in Christ (Genesis 3:15; Genesis 12:1-3).[3] For Barth, the creation serves as the external basis of God’s covenant in Christ, and God’s covenant in Christ serves as the internal basis of the creation.[4]

I am more interested in what God has claimed to do, as recorded in Christian Scripture, than in what God might or might not choose to do. This parallels Barth’s concern to put away questions of whether or not God can reveal himself based on God having revealed himself in Jesus Christ. The Bible never engages tree rings, but simply the tree of the knowledge of good and evil and the tree of life, as well as the tree on which Jesus is hung to bear our curse and bear fruit for eternal life.[5] Other answers theologians may provide, while interesting, are speculative at best, misguided and distorted at worst.

As with questions of how many angels can dance on the head of a pin, it seems as if theologians are often asked to engage superficial questions, leaving the significant issues to other disciplines. What theologians should be asked to engage are questions related to ultimate meaning, order and purpose in the universe, which are key to the Genesis creation narratives. Science does not answer such questions, nor does contemporary science often appear interested in such vital questions bound up with human existence.

I am not so concerned about proving or disproving God, but about proving man. Further to Barth and many medieval and ancients’ concerns, given that God exists, do we exist?[6] One of the marvels of the Judeo-Christian doctrine of the creation is that God orders reality to grant us space to exist distinctly rather than to be slaves to deity (as with some other ancient creation accounts) into which everything is ultimately collapsed. God gives us the space to exist as the temporal beings that we are.

If there is any merit to the question about the age of the tree, it’s that trees like humans are situated in time. The creation is not ageless. So, whether young or old, we and trees do not exist eternally alongside the Ancient of Days. The creation is not divine, nor are we. Thus, we and the creation as a whole don’t have to bear the burden of divinity, so that questions about God’s existence do not hinge on the age of a tree, or the earth. And so, the Creator frees us up as his creation to explore at work and leisure the wonders of nature, including tree rings.

[2]Here are two treatments that compare the biblical creation story with other ancient accounts: http://biologos.org/blogs/archive/genesis-1-and-a-babylonian-creation-story; http://carm.org/genesis-creation-enuma-elish. Another treatment can be found in Karl Kutz’s forthcoming essay in Cultural Encounters: A Journal for the Theology of Culture titled, “Genesis 1:1-2:3: Letting the Text Speak for Itself.”

[3]See here for a pictorial rendering of the Genesis 1 account: http://jdhomie.com/2014/02/26/jerome-on-the-firmamentum-in-genesis-16/. In my estimation, the picture, while good, does not make clear that the heavenly body are embedded in the firmament (not adjacent to or pushing up against it). Here I am indebted to my colleague Karl Kutz for his paper “Genesis 1:1-2:3: Letting the Text Speak for Itself.”

[6]In the Church Dogmatics III/1, Barth claims that the Christian doctrine of creation contends that God has in fact created the world; thus, God is not the only reality. The world is not an emanation, but rather God awards and preserves its distinctive existence within creaturely limits. For Barth, the Christian doctrine of creation demonstrates that “we should have no less factual knowledge of this factual being of the world” (Church Dogmatics, III/1, page 5). In this same context, Barth dismisses consideration of God in relation to the world in favor of considering the world in relation to God. In his estimation, theologians have often preoccupied themselves with only one side of the question; as a result, “there has been a dangerous failure to realise that the question of creation is not less but even more concerned with the reality of the creature than that of the Creator. Presupposing the certain knowledge of God in His Word, it is actually the case that the existence and being of the world are rendered far more problematical by the existence and being of God than vice versa” (Church Dogmatics, III/1, page 6). 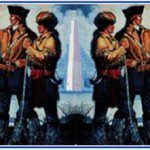