Are You Raging Against the Machine Age? Take a Forest Bath and Plant a Tree

There is nothing like bathing in nature for one’s health. The July 25th 2016 issue of TIME Magazine documented how the Japanese practice of shinrin-yoku (translated literally as forest bathing) could do wonders for one’s body: Japan’s Forest Agency encouraged the practice of forest bathing or investing time in nature in Japan back in the 1980s; since then, scientific studies have been confirming its merits for human well-being.[1] This should not come as too much of a surprise. After all, forests are the “lungs” of the world, according to Motohisa Yamakage, former Grand Master of Yamakage Shinto.[2]

Religion and science share a sense of appreciation or gratitude as well as wonder when approaching nature. While various religions approach nature differently, Shinto and Judeo-Christian thought forms, for example, among others when properly demarcated, can and do in different ways affirm and cherish nature.[3] The affirmation and cherishing of nature is of paramount import in our mechanistic age.

The mechanistic age, which I will argue elsewhere, does not hail from Christianity, but in the modernist rejection of it, replaces the notion of the sanctity of all life and emphasis on wholeness with efficiency. This is the new orthodoxy, though it is only now really coming into its own, as the good life is seemingly omnipresently defined as the most efficient. In his work, The Technological Society, Jacques Ellul writes of the mechanization of all of life in which value is framed by efficiency in the guise of technique.[4] Only “the consoling hum of a unified society” seemingly relieves human anxiety as the age of machine extends its reach.[5] Ellul is no Luddite—he has nothing against machines; they have been with us from the beginning of human civilization; what he counters is the dominance of mechanistic progress and how it has eclipsed meaning. He is not alone. Shinto Grand Master Motohisa Yamakage writes:

Here we can find in Shinto a universal meaning and a practical ethos for today’s world. It can attune us to see the connection between the well-being of the natural world and our own spiritual well-being. In the ancient wisdom of Japan, we can find a missing link that restores our awareness of nature, and do give us the wholeness we crave for in a world dominated by material and mechanical notions of progress. In the present practice of tree planting and arboriculture, we find a modern expression of an age-old spiritual sensibility.[6]

A few of the best ways to rage against the machine age without losing one’s health is to relax by planting trees and taking baths in forests. In fact, Martin Luther was quoted as saying if the world were to end tomorrow, he would plant a tree today. The pseudo-science of technique will not find such acts very efficient, but science and religion will show that planting trees and taking forest baths will be most effective in the long run.

[3]In The Forum on Religion and Ecology at Yale, Rosemarie Bernard writes of the benefits of Japan’s indigenous religion for ecology given its “orientation to the world” involving its interconnection with “nature and aesthetics” and how it must contend against environmental degradation due to value being placed on “‘culturalized’ nature” in certain sectors of Japanese society over against “wild nature.” See “Shinto and Ecology: Practice and Orientations to Nature.” Bernard also notes how some have argued that religions, including Shinto, have been used to exploit nature (http://fore.yale.edu/religion/shinto/). Now to take up the matter of religion from the Western context, Lynn White, Jr. claimed in “The Historical Roots of Our Ecological Crisis” that “we shall continue to have a worsening ecologic crisis until we reject the Christian axiom that nature has no reason for existence save to serve man. The greatest spiritual revolutionary in Western history, Saint Francis, proposed what he thought was an alternative Christian view of nature and man’s relation to it; he tried to substitute the idea of the equality of all creatures, including man, for the idea of man’s limitless rule of creation. He failed. Both our present science and our present technology are so tinctured with orthodox Christian arrogance toward nature that no solution for our ecologic crisis can be expected from them alone. Since the roots of our trouble are so largely religious, the remedy must also be essentially religious, whether we call it that or not. We must rethink and refeel our nature and destiny. The profoundly religious, but heretical, sense of the primitive Franciscans for the spiritual autonomy of all parts of nature may point a direction. I propose Francis as a patron saint for ecologists.” Lynn White, Jr. “The Historical Roots of Our Ecologic Crisis” [with discussion of St. Francis; reprint, 1967], in Ecology and Religion in History (New York: Harper and Row, 1974): http://www.uvm.edu/~gflomenh/ENV-NGO-PA395/articles/Lynn-White.pdf. Whether or not it proves sufficient in our current cultural context, Karl Barth argued that humans are lords in creation, not over it. Of humanity’s relation to the beasts in Genesis 1, Barth writes: “Man is not their Creator; hence he cannot be their absolute lord, a second God. In his dignity and position he can only be God’s creaturely witness and representative to them.” Karl Barth, Church Dogmatics, Vol. III/2, The Doctrine of Creation, ed. G. W. Bromiley and T. F. Torrance (Edinburgh: T. & T. Clark, 1960), page 187. Here Barth contends against the notion often found in Christian circles that humanity has limitless rule over the creation. Our rule is subject to God in Christ Jesus, who, according to one important strand of Christian tradition hailing from St. Irenaeus of Lyons, is the high priest of the whole creation. We are called to be his stewards, caring for the whole creation which belongs to him, just as he cares for us. 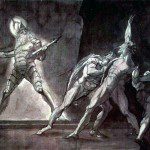 July 19, 2016
Hamlet’s Ghost: There are more things in heaven and earth … than are dreamt of in your philosophy.
Next Post 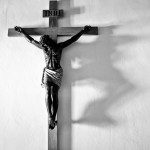 August 2, 2016 Only Decentered Deities Bring Harmony and Wholeness to Our World
Recent Comments
0 | Leave a Comment
"Thanks for great post Software Management System"
Ninja Web Tools Keep a Stiff Upper Lip in ..."
"I am so sorry for this frustrating and painful experience you and Christopher had to ..."
Jean Sullivan Keep a Stiff Upper Lip in ..."
"Thank you for this thoughful and thought provoking reflection."
Fred Horgan Homeostasis and Spiritual Peace
"My view of evangelicals is, if there is any proof of the existence of Satan ..."
Verdure What Is the Difference Between a ..."
Browse Our Archives
Related posts from Uncommon God, Common Good 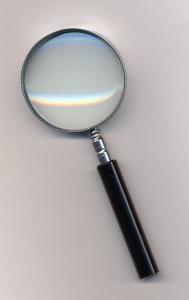