I Pledge Allegiance to Unity and Justice: Thoughts on the National Anthem Controversy

America’s Founding Fathers signed the U.S. Constitution on September 17, 1787. Every September, our country honors this event that signifies the birth of our nation as a government of, for and by the people.

Americans are encouraged to commemorate the day through learning exercises and parades, among other activities that involve “demonstrations of our Love for the United State of America and the Blessings of Freedom Our Founding Fathers secured for us.” http://www.constitutionday.com/

How does one demonstrate love for our country? Could it ever entail kneeling at a football game, as in the case of Colin Kaepernick in protest? According to CBS, the majority of Americans would likely say “no.”

The Seattle Seahawks have decided to demonstrate unity by locking arms during the singing of the National Anthem before games this season. For them, hate can never drive out hate, as Doug Baldwin, Jr. tweeted in reference to Dr. Martin Luther King, Jr’s emphasis on love and the beloved community.

Can one ever demonstrate unity without also demonstrating justice? This might be the question posed by someone who resonates with Kaepernick’s effort to address the inequities that many minorities suffer in this country. Is it necessarily hateful to choose not to stand for the national anthem, or could it be an effort to pique America’s conscience so that it would live up to its founding ideals? After all, Dr. King sought demonstrated on the steps of the Lincoln Memorial in Washington, D.C., calling on the U.S. Government to assure people of all colors their unalienable rights. As he remarked in his “I Have a Dream” speech:

In a sense we’ve come to our nation’s capital to cash a check. When the architects of our republic wrote the magnificent words of the Constitution and the Declaration of Independence, they were signing a promissory note to which every American was to fall heir. This note was a promise that all men, yes, black men as well as white men, would be guaranteed the “unalienable Rights” of “Life, Liberty and the pursuit of Happiness.” It is obvious today that America has defaulted on this promissory note, insofar as her citizens of color are concerned. Instead of honoring this sacred obligation, America has given the Negro people a bad check, a check which has come back marked “insufficient funds.” (source: http://www.americanrhetoric.com/speeches/mlkihaveadream.htm)

Whether or not one agrees with how someone like Kaepernick expresses his angst over the social inequities in our country that African Americans experience far more than many (including in areas related to income, education and the prison system), one cannot say that King cherished unity at the expense of justice, or justice at the expense of unity, for that matter. For King, both were essential. To commandeer language from the German philosopher and ethicist, Immanuel Kant: unity without justice is empty; justice without unity is blind. What does that mean or entail?

If a country celebrates unity and tolerates injustice, it’s form of unity is empty or shallow. On the other hand, a country that pursues justice but does not value love (simply each offended group seeking after their pound of flesh) is blind or without direction. Justice must be framed relationally so that we can cultivate virtue in and for personal relationships and society.

Some will argue that Black Lives Matter promotes dissension or disunity; whether or not that is the case in part or in full, those who are against Black Lives Matter need to ask themselves: are they the ones who are promoting disunity? After all, such individuals could align themselves with Black Lives Matter for the sake of a form of unity. Moreover, anyone who does not advocate for social equity because it rocks the boat or hurts unity is hurting others for the sake of their own personal, or group, interests. Their form of unity is reductionistic, just like those who remain cynical and who seek to sabotage our country’s democratic processes are hurting themselves, and everyone else.

We must challenge ourselves and our society as a whole to seek to embody our country’s ideals set forth in the Constitution and Declaration of Independence. Like Dr. King, we must never operate as cynics, but as those who love this country enough to challenge it to pursue just unity. 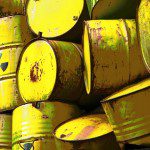 September 12, 2016
Was Uranium Buried Deep in the Earth Because Buddha or God Hid It There? Did We Bury Religion and Ethics in Its Place?
Next Post

September 20, 2016 Multi-Faith Trauma: How to Become Resilient in a Religiously Plural World, OR America Is No Longer a Christian Nation—We Need to Deal with It. (Part One)
Recent Comments
0 | Leave a Comment
Browse Our Archives
get the latest from
Uncommon God, Common Good
Sign up for our newsletter
POPULAR AT PATHEOS Evangelical
1