Selective Hearing: How Do We Move Beyond Party Lines in Public Discourse?

Selective Hearing: How Do We Move Beyond Party Lines in Public Discourse? September 27, 2016 Paul Louis Metzger

I wonder how often debates sway people politically and religiously. Take for example last night’s Presidential debate. Many conservatives thought Donald Trump won and many liberals thought Hillary Clinton won. Could it be selective hearing? We tend to hear those things we wish to hear, and champion whoever and whatever promotes our ad-vantage point.

Whether it is politics or religion, we tend to hear what we want to hear. Moreover, it is often the case that we cannot wait for the other party to shut up so we can make our point. But if we want to promote public discourse that is truly dialogical, we all have to give up something in order to gain more. Such sacrifice is rather difficult to champion when we live in a political and religious culture where winner takes all.

So, how do we move beyond party line positions for public discourse? Here are three ways set forth succinctly. First, we need to build bridges where we seek to find the good in others’ positions and, wherever possible, to make them our own. Second, we need to listen to the other and respond rather than talk over them. Third, we need to take to heart that political and religious leaders, for example, are human and have lives of their own beyond party positions.

Selective hearing can end up leading toward selective humanity. The tendency exists that anyone who disagrees with us is stupid or immoral and not worthy of consideration. If allowed full reign, such selective hearing will lead us to isolate ourselves from everyone who doesn’t think quite like we do—including our parents, spouses, friends, and neighbors. Rather than cultivate public discourse, the art of persuasion becomes the vice of degeneration where the only conversation taking place is a private, isolated one within our own heads. Such isolation is the equivalent of solitary confinement, which, if left unchecked, destroys one’s psyche and soul—and eventually the soul of a nation.

Phil Wyman (featured in the video below) is Pastor of The Gathering in Salem, Massachussets.  He is engaged in promoting civil discourse in our religiously plural culture with “Multi-Faith Matters.” 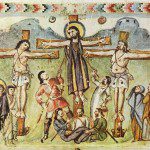 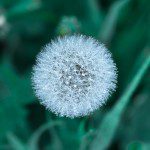 September 30, 2016 What Is Needed to Live Out the Christian Religion in a Religiously Plural and Global Age? A Whole Lot of “Ortho” (But not the Weed Killer Kind)
Recent Comments
0 | Leave a Comment
"I don't know if anyone has mapped the mental road to tenderness that comes with ..."
jekylldoc Raw Faith, Vulnerable Deity: Finding Comfort ..."
"The American Church is wrought with people who are not smoking what they are selling. ..."
Hayden Mounce Are You Smoking What You’re Selling?
"This was a very interesting post to read. I have my own issues with Christian ..."
Hayden Mounce I Can’t Wait for Christian America ..."
"Going back to my comment on “How Relational is Your Worldview,” my assumptions based on ..."
Hayden Mounce Why Is the West the Best?
Browse Our Archives
get the latest from
Uncommon God, Common Good
Sign up for our newsletter
POPULAR AT PATHEOS Evangelical
1