“But What If I Don’t Know Any Black People?”

“But What If I Don’t Know Any Black People?” November 4, 2016 Paul Louis Metzger

Sometimes when addressing race issues I am asked, “But what If I don’t know any Black people?” Assuming that the individuals asking this question really want to learn and move beyond racial divisions, I thought I would ask an African American friend how he would respond. His answer was striking.

David Bailey remarked that whether or not one knows any Black people, one can seek to understand what it means to be White in America, and how that has worked out for White people, and how not being White has meant something, including understanding the story behind it.

David’s encouragement for White people to seek to understand Whiteness with all that it entails was quite insightful. Considering that I often get asked about racial questions by White people in Portland, which is historically and presently very White, I was led to reflect further on Portland and Oregon’s history. As David said, Oregon was historically seen as somewhat of a safe haven for White people. This history influences us today.

David and I were at Mosaix 2016, a multi-ethnic church conference in the Dallas, Texas area, when we had this discussion. At the same conference, sociologist of religion Michael Emerson spoke about an assignment he gives to his students. During the following 24 hours, they  are to reference Whiteness at every conceivable point: “My White professor…,” “My White friend…,” “My White….” Many of his White students cannot finish the assignment. It is too physically and emotionally challenging for them. Sweaty palms, shortness of breath, anxiety and other phenomena get in the way. Why might this be?

To refer back to the conversation with David, one does not need to know Black people to gain some understanding of race and how it functions in America, though of course that would help greatly. But just to start considering Whiteness and how it functions can help us. David said it is like buying a car. Once you do so, you start seeing other cars of the same make and model. Your understanding and awareness grow, as your lenses focus to see what’s around you with greater attentiveness.

If you are up to the challenge, reference Whiteness when referring to White people over the next 24 hours, or at least, buy an auto from a White car salesman. 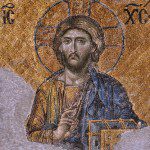 November 2, 2016
Jesus Is Not a Christological Definition We Can Put in a Book on a Shelf. He Keeps Jumping Out.
Next Post 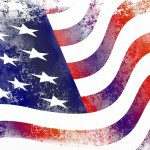 November 8, 2016 “Black Jeopardy”: What Are We Jeopardizing as the Church and as a Nation?
Recent Comments
0 | Leave a Comment
"Lest Darkness Fall is a much better book than the bible"
Christian Thank God for Good Advocates at ..."
"I don't know if anyone has mapped the mental road to tenderness that comes with ..."
jekylldoc Raw Faith, Vulnerable Deity: Finding Comfort ..."
"The American Church is wrought with people who are not smoking what they are selling. ..."
Hayden Mounce Are You Smoking What You’re Selling?
"This was a very interesting post to read. I have my own issues with Christian ..."
Hayden Mounce I Can’t Wait for Christian America ..."
Browse Our Archives
get the latest from
Uncommon God, Common Good
Sign up for our newsletter
POPULAR AT PATHEOS Evangelical
1