What Is the Cure to Partisan Disgust in America? Take An Empathy Pill?

What Is the Cure to Partisan Disgust in America? Take An Empathy Pill? November 15, 2016 Paul Louis Metzger

Repulsive. Reprehensible. Disgusting. These are words that convey an omnipresent emotion or sentiment in America today. One of the problems with this sentiment besides it being so, well, repugnant, is that we are generally torn along partisan political lines. In the run-up to the recent U. S. Presidential election, the term “disgusting” or its equivalent was tossed back and forth like a hand grenade with explosive, dehumanizing intent.

The social psychologist Jonathan Haidt weighed in on the topic in a TED Talk.

Haidt indicated that the passing of the greatest generation (which came out of WW2 having learned how to compromise for the sake of the greater good of society), the demonization of others on social media and political partisan purification have taken their toll on the national psyche. It is almost as if a civil war is brewing; at least culturally, the political middle appears to be a thing of the past.

In the midst of this extreme scenario, Haidt recommends that we should all practice a little empathy. Love alone can extinguish hate and disgust. While Haidt thinks that most people want to get beyond disgust, is he correct? Even a recent Saturday Night Live skit with Alec Baldwin playing Donald Trump claimed to want to get beyond the political infighting and hatred. And while he and his counterpart Kate McKinnon playing Hillary Clinton went to the streets to embrace those in their path before the election results were in, Baldwin seemed to be disgusted with the role a large segment of American Christianity played in electing Trump. I must confess–I was. The difference is that Baldwin is not a white Evangelical; I am. I wrote about it recently at this column. The selection of Steve Bannon as chief strategist in President-elect Trump’s cabinet only intensifies the alarm and distaste for me.

Still, according to Professor Haidt, I myself need to try and understand what makes those who support Mr. Trump tick. Haidt would argue that those on the right have some good concerns like safety and the need for others to assimilate for a society to have cohesiveness; multi-culturalism can easily lead to ethnic tensions and divisions, as we are seeing now in the United States, and even in a society like Sweden. Given that for Haidt we are wired tribally due to our evolutionary development, we must not discount such themes as loyalty  and authority, which are hallmarks of well-functioning tribes. As he sees things, assimilation can help reduce ethnic and racial divisions.

I agree with Haidt to some extent. We must develop some level of empathy for others and their intuitions. I sought to get at this in a recent post: “‘Black Jeopardy’: What Are We Jeopardizing as the Church and as a Nation”. All too often, we live in a false binary world, where our only course of action is to push our agenda until the other side concedes and surrenders. However, that usually doesn’t work. As in the present situation, white nationalists laid dormant during the Obama years since they didn’t feel safe; now they feel emboldened by a Trump presidency, and they are back with a vengeance. Empathy and love was Dr. King’s response to hatred. However, so, too, was justice. Without justice and, ultimately, communion as we invite each other to the table to work through our convictions, empathy may remain an empty ideal. As my friend and colleague John Morehead wrote in an email responding to a draft of this blog post:

I don’t think we can just ask people to empathize. Given their moral intuitions this is like asking people to concede to “the enemy.” Instead, we have to bring people into proximity with each other, whether physically or through stories, and this social interaction rehumanizes “the other” and fosters empathy.

Even further: what good does it do if we understand one another better as Americans and so expand our tribe, but wage war with other tribes beyond our borders? King desired to move beyond tribalism to globalism; so, I am not sure he would resonate fully with Haidt. Moreover, are there situations that require anarchy or at least civil disobedience that would bring with it societal upheaval and discord? Portland where I work has been witnessing its fair share the past several days! While the protests against Trump in Portland might seem a bit out of place given that Portlanders in general likely sided with Clinton, there are times as with King and the civil rights movement that such protestations were warranted. Another point my friend John made at the end of the same email I quoted from above is: “there is surely a place for nonviolent civil disobedience as a statement of one’s position on social justice.” He continues to note that the major question should nonetheless always be: will it persuade hearts and minds?

Haidt’s admiration for Ying and Yang, as manifested in his view that the Right and Left have good to offer, coupled with his apparent emotivist ethic leave one to wonder how he is to adjudicate between rival conceptions of the good when they present themselves. One does not need to be Manichean (which maintains that there is an eternal battle between good and evil) to see that Haidt’s view faces steep challenges. An emotivist ethic is heavy on predictions about what will occur, but is weak on ethical prescriptions. It does not account for David Hume’s important distinction between “what is” and “what ought to be.” Just because we are tribal does not mean we should be. In contrast to emotivism, ethical figures like Confucius, Jesus, Immanuel Kant, John Stuart Mill and Ayn Rand, for all their differences from one another, did adjudicate between good and evil and better and lesser states of being.

Empathy is important, but it will only get us so far. In addition to ethical theories involving  competing notions of right and wrong and moral absolutes, we might need to take Alka-Seltzer or Pepto-Bismol, too. 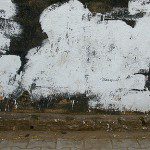 November 10, 2016
U.S. Presidential Election Results: Did "The Pure People" Defeat "The Corrupt Elite," Was It "Whitelash," and/or a Corruption of Evangelical Convictions?
Next Post 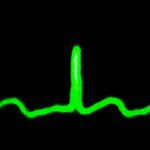 November 18, 2016 How Do You Get the U.S. Off Life-Support?
Recent Comments
0 | Leave a Comment
Browse Our Archives
get the latest from
Uncommon God, Common Good
Sign up for our newsletter
POPULAR AT PATHEOS Evangelical
1