The Gospel Is Total Foolishness 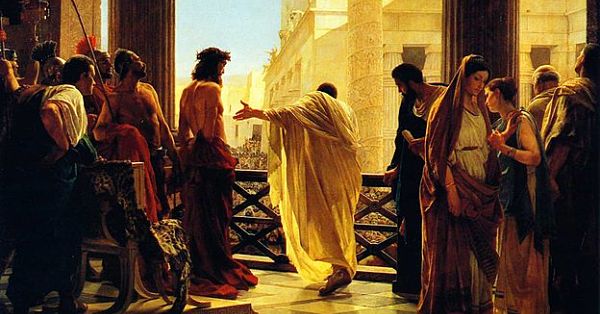 The Gospel is total foolishness. However, in the desire to make Christianity respectable, we who are Christians often downplay or dismiss this point.

One of the qualities I love most about Friedrich Nietzsche is his brutal honesty. He will not allow us to avoid this matter. It’s Paul’s point in 1st Corinthians 1: “ For Jews demand signs and Greeks seek wisdom, but we preach Christ crucified, a stumbling block to Jews and folly to Gentiles” (1 Corinthians 1:22-23; ESV).

Nietzsche understood what he rejected whereas we Christians often accept what we don’t understand. For Nietzsche, Christianity is the worst teaching ever taught by humanity because it elevates the weak and foolish, not the sophisticated, noble, and strong (Refer here to my blog post on “Nietzsche: Christians’ Friend or Foe?”; refer also to Friedrich Nietzsche, The Antichrist, in The Portable Nietzsche, ed. Walter Kaufmann {New York: The Viking Press, 1968}, pages 633-644).

From one angle, I understand Nietzsche. I resonate with him. After all, we are taught to do things our way in society. Pull yourself by the bootstraps. Be a self-made man or woman. There’s no place for the herd mentality or the celebration of mediocrity.

Certainly, Christians fall prey to the herd mentality when we pursue mediocrity, complacency, and group think. However, from another angle, we also fall prey to it when we seek to be respectable, strong, and sophisticated. Why is it we invite the superstars and brightest and best to speak at our evangelistic meetings, men’s retreats, and large conferences? Certainly, they must have something to say. It’s our place to bow the knee and bend the ear to listen and copy them like mimicking parrots so that we, too, can someday be successful. But how often do we invite the court jesters or Rodney Dangerfield’s like the Apostle Paul to speak? They make clear to us that the Emperor has no clothes (Refer here to a blog post on this subject). At best, they teach us that our supposed garments of respectability are nothing more than filthy rags. They teach us that we have no boast other than Jesus Christ whose glory through the cross puts to shame all our attempts at self-glorification. We must wrap ourselves in nothing more than his embrace. Who wants to pay to hear that?

In my estimation, classic paganism, Judaism and Buddhism are internally coherent. They make sense from within their own reasonable constructs. In contrast, Christianity is refreshingly incoherent to the world around us in its authentic correspondence to reality. Paul puts the matter well: “but to those who are called, both Jews and Greeks, Christ the power of God and the wisdom of God. For the foolishness of God is wiser than men, and the weakness of God is stronger than men” (1st Corinthians 1:24-25; ESV). From God’s perspective, the cross is power and wisdom. It calls us to find our identity in Jesus, to boast only in him:

For consider your calling, brothers: not many of you were wise according to worldly standards, not many were powerful, not many were of noble birth. But God chose what is foolish in the world to shame the wise; God chose what is weak in the world to shame the strong; God chose what is low and despised in the world, even things that are not, to bring to nothing things that are, so that no human being might boast in the presence of God. And because of him you are in Christ Jesus, who became to us wisdom from God, righteousness and sanctification and redemption, so that, as it is written, “Let the one who boasts, boast in the Lord” (1st Corinthians 1:26-31; ESV).

If we who confess Christ Jesus seek to present a compelling message, we must be willing to give up the technique or props that help us gain the upper hand in our discourse with people of different paths or no path at all. We need to be emptied of all vanity, eloquence and prestige so that the cross might not be emptied of its power in our lives (1 Corinthians 1:17). So, be wise in Jesus and play the fool who boasts only in him—the wisdom and power of God. What are you boasting in today?

June 21, 2017 Paganism Is Back! Now What Are We Christians Going to Do?
Recent Comments
0 | Leave a Comment
"Such a convicting concept. "Lord, I believe; help my unbelief." I am constantly having to ..."
Curtis Bell Are You Smoking What You’re Selling?
"While reading this I also thought of how there are often times those of us ..."
Monica Zherebnenko Are You Smoking What You’re Selling?
"“Cash smoked what he was selling,” the student remarked to Dr. Metzger. Johnny Cash was ..."
Gabriel Wallis Are You Smoking What You’re Selling?
"As the first reason for Dr. Metzger’s response why he cannot wait for Christian America ..."
Gabriel Wallis I Can’t Wait for Christian America ..."
Browse Our Archives
get the latest from
Uncommon God, Common Good
Sign up for our newsletter
POPULAR AT PATHEOS Evangelical
1