What Are We Declaring Independence from Today? The Tyranny of One Another?

What Are We Declaring Independence from Today? The Tyranny of One Another? July 3, 2017 Paul Louis Metzger 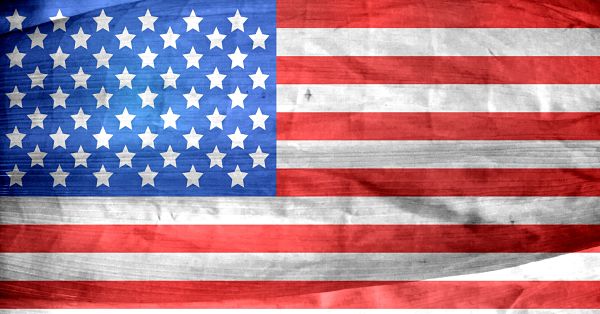 Sometimes a common enemy serves to unite a people more than a common love. The ratification of the Declaration of Independence on July 4, 1776, which we celebrate this Tuesday, resulted from the outcry against King George and England’s tyranny. Unjust and inequitable rule served to unite the thirteen colonies and spur them on to a shared ideal. Do we have a common enemy today in the U.S., or a shared ideal that leads us to pursue or preserve independence? If so, is that tyrannous force an external, ominous threat like another nation, or an imminent danger posed by national political leaders or the nation’s press? Is that tyranny the very existence of one another? Might the shared ideal be freedom from such tyranny for the cultivation and preservation of all people’s inherent rights?

What was the common ideal that the founding fathers shared? A democratic government arising from the people that would secure its citizens’ unalienable rights to life, liberty, and the pursuit of happiness. The original ideal of a government “of,” “by” and “for” the people appears in the founding Declaration:

We hold these truths to be self-evident, that all men are created equal, that they are endowed by their Creator with certain unalienable Rights, that among these are Life, Liberty and the pursuit of Happiness. — That to secure these rights, Governments are instituted among Men, deriving their just powers from the consent of the governed, — That whenever any Form of Government becomes destructive of these ends, it is the Right of the People to alter or to abolish it, and to institute new Government, laying its foundation on such principles and organizing its powers in such form, as to them shall seem most likely to effect their Safety and Happiness.

The rest is history. Or is it? We can easily take such freedom for granted. Freedom is always a fragile thing. What happens if an enemy arises from within the government or citizenry that threatens the freedom of a united people? The Civil War was fought over this matter. State and federal rights, the rights of an enslaved populace, were key factors and rationales for why different groups fought in the war.

President Lincoln envisioned a new birth as a nation that would arise from the Civil War’s fields of battle, including Gettysburg, where he concluded his Gettysburg Address with these words on November 19, 1863:

It is rather for us to be here dedicated to the great task remaining before us — that from these honored dead we take increased devotion to that cause for which they gave the last full measure of devotion — that we here highly resolve that these dead shall not have died in vain — that this nation, under God, shall have a new birth of freedom — and that government of the people, by the people, for the people, shall not perish from the earth.

State rights and slavery united the Southern states whereas the federal union galvanized Lincoln. For him, the new birth of the government “of,” “by” and “for the people” could only take place as a united North and South. But who were these “people”? That had long been debated, going back to the War of Independence and the Civil War, and in a sense, it is still being debated today in various ways. Not all the colonies’ inhabitants were beneficiaries of the Declaration, as the tyranny of slavery was not abolished (refer here to a discussion on the Declaration’s deleted passage on slavery). Who knows what would have happened if the North had not won the Civil War, or if Lincoln had not become determined in his resolve to emancipate the slaves in 1863? (Refer here to the Emancipation Proclamation of January 1, 1863) How far have we come as a nation since the Emancipation Proclamation, the 13th Amendment that abolished slavery in 1865, and even since the Civil Rights Act of 1964?

If we face no tyrannous threats today, will we dissolve as a nation? If we do face such threats, what are they? Another nation, this nation’s leader(s), its press, or one another, including the decrease in civility across the land? What forms of slavery are still tolerated in our midst? What ideal, narrative and language will bring us all together, or will we unravel, undone by colonizing forces from within or without?

June 30, 2017
"Driving While Black" and Racial Fear: An Interview with Pastor Jimi Calhoun
Next Post

July 5, 2017 Suffering for the Christian Faith Does Not Need to Be Salt in the Wounds, but Salt of the Earth
Recent Comments
0 | Leave a Comment
"I don't know if anyone has mapped the mental road to tenderness that comes with ..."
jekylldoc Raw Faith, Vulnerable Deity: Finding Comfort ..."
"The American Church is wrought with people who are not smoking what they are selling. ..."
Hayden Mounce Are You Smoking What You’re Selling?
"This was a very interesting post to read. I have my own issues with Christian ..."
Hayden Mounce I Can’t Wait for Christian America ..."
"Going back to my comment on “How Relational is Your Worldview,” my assumptions based on ..."
Hayden Mounce Why Is the West the Best?
Browse Our Archives
get the latest from
Uncommon God, Common Good
Sign up for our newsletter
POPULAR AT PATHEOS Evangelical
1

Progressive Christians are More Political than...
Cranach
Books by This Author Books by Paul Louis Metzger