Some Questions for Christianity Today: On “Traditional Marriage” and the “Two Billion”

Recently David Neff, former editor of Christianity Today, publicly announced his support of and agreement with Tony Campolo’s shift toward inclusion of LGBTQ persons in the church, and in particular Neff’s statement that the church should support loving, covenantal homosexual relationships just as they support heterosexual relationships. Then Mark Galli, current editor of Christianity Today, responded in an editorial to Neff, in which he stated–on behalf of CT–that “we are saddened” by Neff’s announcement. CT clearly wants to distance itself from Neff’s inclusive stance, and so Galli here unequivocally reiterates CT’s alignment with the “traditional” Christian view of marriage.

Galli’s strategy in this piece seems to be to minimize the significance of key evangelical voices in the U.S. shifting to inclusion (Campolo, Neff, etc.), by pitting them against global Christianity (i.e. what Phillip Jenkins coined as the Next Christendom)  and the “long tradition” it apparently represents. Sure, historic Christian western nations are inevitably moving toward full LGBTQ equality, due to the pressure of the flow of liberal,  Enlightenment, “progress.” But let’s not get too excited here, Galli suggests, as if the trickle of a few progressive-minded evangelicals in the west means anything at all for the broader Christian world. And so here’s Galli’s kicker:

But it’s not at all certain that the rapid cultural shift in America on gay marriage will be mirrored in the Christian church. North American and European Christians who believe in gay marriage are a small minority in these regions, and churches that ascribe to a more liberal sexual ethic continue to wither. Meanwhile, poll Christians in Africa, Asia, and practically anywhere in the world, and you’ll hear a resounding “no” to gay marriage. Scan the history of the church for 2,000 years and you’ll have a hard time turning up any Christian who would support same-sex marriage. The church has been and remains overwhelmingly united. It’s undergoing stress, certainly. But the evidence doesn’t support a narrative of division and collapse on this point.

For Galli and for CT, these progressive defectors from true, “biblical” and “traditional” (i.e. conservative) Christianity represent an anomaly, when compared to the global context. Furthermore, they are hitching themselves to a wagon that, in Galli’s view, is headed down the steep hill to death (i.e. the continued decline of mainline, liberal Protestantism). Now, as an aside, Galli did not stop to consider what is happening within Evangelical Christianity in America–that is, the shift of younger evangelicals in recent years toward full inclusion of LGBTQ. It seems Galli and others, as they trumpet the overall growth of evangelicalism, are not looking at the picture of change within the movement itself, when you drill down and consider the movement in parts, by generation. In other words, Neff and Campolo, while they do not represent the overall picture of evangelicalism on this issue, do represent a hefty percentage of millennial–and younger–Christians and evangelicals; these younger Christians will be faced with a choice: stay in their evangelical churches and institutions or leave more inclusive pastures. To put it bluntly, will they go with Galli and CT, or with Campolo and Neff?

But back to Galli’s “two billion Christians.” Galli refers to “the unity and depth of Christian teaching on marriage.” I have just a few off-the-top questions, and maybe others can contribute answers to them (or other questions besides these).

How “unified” really are these two billion Christians re. the “Christian teaching” on marriage? The dogmatic teachings of the authoritative centers of institutional churches might reflect “unity and depth” (Galli refers to papal, Catholic doctrine, for example), but does that unity hold once it leaves the cover of institutional control? Aside from the question of uniformity among Catholic theologians and priests worldwide (or Anglican, or Orthodox), there’s the question of uniformity among lay Christians who comprise the majority of that “two billion” number.  How many Christians in Africa, for example, advocate for and practice polygamy? I don’t know the numbers, but I’m aware that at one point the Anglican archbishop in Africa was concerned enough about the prevalence of polygamy among African Christians and converts to Christianity, especially in the rural contexts, that he urged polygamists to shed their additional wives, so as to not make a “mockery” of “biblical Christianity.” There’s always a tension between “official” pronouncements and how Christianity gets lived out on the ground in real time. But is one based in theology, and the other not? And by the way, one can make a “biblical” case for polygamy. Just read the Old Testament.

How prevalent among these two billion Christians is divorce (for all sorts of reasons, “biblical” or not), marital unfaithfulness, systematically oppressive patriarchy and even spousal abuse?

And then, how prevalent in the contexts where these two billion Christians live across the world, is oppression, abuse, imprisonment, and even homicide, of LGBTQ persons? What does the “unity and depth” of the “traditional view” of marriage have to say about violence against LGBTQ persons globally–much of which (likely) draws support and even inspiration from that official theology?

I’m not trying to cast aspersions on two billion Christians across the globe. And I don’t know the answers to these questions, but they seem to rise up as deserving of consideration, when “unity” around a single “traditional view” is assumed, as if that unity creates a global situation of harmony and peace under God’s perfect, unalterable will. And look, I understand that there will always be a distinction between theology and how that theology is lived out. My point is simply that the reality is far more complex, complicated, and variegated than Galli seems to want it to be. The rhetoric is just not that persuasive, the further you dig into the reality.

Movements toward full-equality, inclusion, and justice are not necessarily easy, and they sometimes require people to stand against the majority rule. They often call for going against the weight of tradition (and Galli’s “two billion”). Protestants have a well-established reputation for doing that (Luther, anyone?). In this regard, Galli’s argument reads as more Catholic than Protestant. In any case, would we have seen the ending of slavery in America, the dismantling of segregation, the movement for equality for women, etc., if people (yes, Christians, even) had not been willing to stand against the heavy hammer of “tradition”? In other words, tradition–however weighty–isn’t always right. But the main question should not be, “How long has this tradition (interpretation, doctrine, ethical norm, etc.) been in place”?  Or, “how many people stand on this side or the other of the issue?” The main question is, before God (and yes, with Scripture, tradition, reason, experience, and the Spirit), what are we to do here and now? Even, what am I to do, here and now?

My friend and Kierkegaard scholar, Michael Stark, wrote a piece responding to Galli. His final statement is worth quoting (and the whole piece worth reading):

In the eyes of Mr. Galli, I probably fit the “liberal” or “progressive” boxes he so desperately wants to exist. Fine. Whatever labels are needed, so be it. But I do not hold these views due to some pressure from a supposed secular agenda on same-sex marriage. I do so because I see the beauty and Love of Christ emulated in the relationships of my friends who are gay. I do so because of who I believe God to be.

Who gets to say what counts as “deep theology”? What kind of “depth” are we looking for? I know this doesn’t answer the ethical question (and I know Paul has been used for the “traditional” view), but I like Paul’s expression of depth theology:

I pray that you may have the power to comprehend, with all the saints, what is the breadth and length and height and depth, and to know the love of Christ that surpasses knowledge, so that you may be filled with all the fullness of God. Now to him who by the power at work within us is able to accomplish abundantly far more than all we can ask or imagine, to him be glory in the church and in Christ Jesus to all generations, forever and ever. Amen. (Ephesians 3:18-21)

Stay in the loop. Join the Unsystematic Theology group on Facebook! 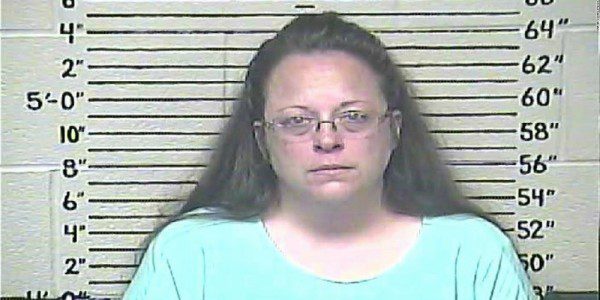 Progressive Christian
Kim Davis to be Released, but Now What?
Unsystematic Theology 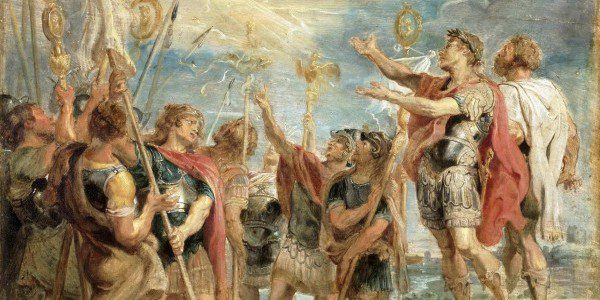