The Real “Fury Road”: America’s Got a Road Rage Problem

America has a gun problem, too.

Rage and guns are a bad combination.

I was horrified to read this story about a Florida man who killed another man because of a road rage conflict. That’s right: a man was killed because of a driving dispute.

The crazy thing is, they were both apparently on the phone with 9-11 before it happened. One driver, Candelerio Gonzalez, followed the other driver, Robert Doyle, to Doyle’s home. At the house, Doyle got out of his car with his pulled gun, and shot Gonzalez, killing him in front of his wife, daughter, and grandson. And in front of Doyle’s family, too, apparently.

Granted, when we’re flying down the road behind two tons of steel, glass, and plastic, tensions are going to be a bit high. But this rage bubbling beneath the surface, ready to explode at any moment when we feel we’ve been wronged, seems to evidence something much deeper than normal stress.

The AAA Foundation for Traffic Safety tells us that road rage incidents have increased by 7% every year since 1990. That’s a remarkable rise in rage. The AAA website also tells us that

One article notes that psychologists have even given a name to a full-blown road rage disorder:

Psychiatrists have an actual name for the kind of seething rage that goes beyond the speeding, tailgating, honking, or passing on the right that many aggressive drivers regularly do when they drive. People who experience road rage so violent that it leads to an assault against another driver, passenger, or car may be suffering from “intermittent explosive disorder” (IED), according to a report in the June 2006 issue of the Archives of General Psychiatry. This disorder may affect up to 7 percent of the population, or about 16 million Americans over their lifetimes, according to the authors.

We seem to be moving toward something of a collective boiling point. Or at least, it’s hard not to feel that way when we hear stories of rage and violence, seemingly on a daily basis.

We’ve got a rage problem. And we’ve got a gun problem.

We won’t be able to regulate the rage. But we’d better do something about the guns.

In any case, be careful out there, folks. We’re creating a dangerous world for ourselves.

July 27, 2015
Does Our Need for Religion Invalidate it?
Next Post

July 28, 2015 Five Problems Raised by the Collision of Science and Scripture (Leaving Evangelicalism #7)
Recent Comments
0 | Leave a Comment
Browse Our Archives
get the latest from
Unsystematic Theology
Sign up for our newsletter
POPULAR AT PATHEOS Progressive Christian
1 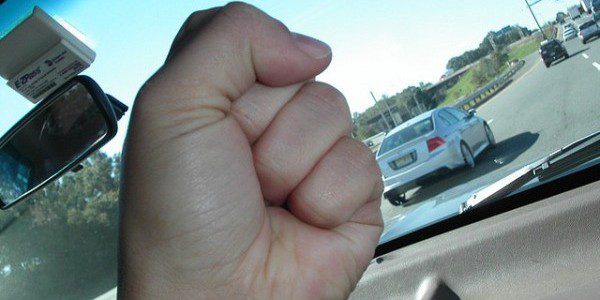