Have we Misunderstood Fear and Anxiety? Can Kierkegaard Help?

Have we Misunderstood Fear and Anxiety? Can Kierkegaard Help? August 3, 2015 Kyle Roberts

A recent New York Magazine article (by Casey Schwartz) discussed the claim that scientists today largely misunderstand the nature of fear and anxiety.

That claim comes from prominent neuroscientist, Joseph LeDoux, who–in his book Anxious: Using the Brain to Understand and Treat Fear and Anxiety, suggests–interestingly enough–that the misunderstanding stems from his own groundbreaking research. More specifically, though, he chalks up the problem to his use of language to designate fear and anxiety in the presentation of his research.

The source of the problem goes back to LeDoux’s mapping of the “fear circuit,” which, to use Schwartz’s description, is “the regions — centered on the amygdala and its adjacent structures — that together give rise to our ability to respond to threats and danger.”

In his earlier research, the fear circuit was considered to be the source for immediate responses to threats of harm in the environment. Humans were considered to react basically in the same neurological way as other animal species to perceived threats, and they shared “roughly the same brain circuitry to defend against threats.” So, like other animals, humans have a neural pathway which is activated by threats–and this activation is what we call “fear” and “anxiety.”

LeDoux’s new book argues that this earlier expression of the situation is not adequate to what is really going on when humans experience fear and anxiety. Again, as Schwartz puts it:

But, LeDoux argues, the activities of this basic neural defense system do not account for the actual experience of fear, even though it has become commonplace in neuroscientific research to act as if they do, using, for instance, the instinctive, defensive behaviors of animals like fleeing or freezing to stand in for the larger, more complex phenomenon of being afraid. Rather, anxiety and fear arise only after the brain’s threat system has unconsciously picked up and responded to the first scent of danger — and not from any one single part of the brain, but from many.

What’s more, for the purpose of scientific study, LeDoux believes it is crucial to regard the feeling of fear and anxiety as fundamentally human experiences. Only humans — can we say with certainty — wake up at night and fret about their savings account, and whether or not their lives are meaningful. Therefore it’s no longer enough to look to animal models in the hope that they can solve the deeply human predicament that Freud himself called “the riddle of anxiety.” Instead, a more expansive account of fear and anxiety is needed — one that includes its special, and especially human, properties.

LeDoux proposes that fear and anxiety are responses that emerge after the initial instinctual response to threat and danger kicks in. He suggests that he could have prevented the misunderstanding by replacing  the term “fear circuit” with “defensive survival circuit,” since the defensive response occurring through that brain circuitry is primary–and that response only merges into the higher developed, reflective response we call “fear” after the initial, instinctual response.

Fear and anxiety are higher order activities than can be accounted for by first-level instinctual behavior. He points out that they required language and reflective consciousness to be enacted.

The article briefly references Kierkegaard, so I thought it would be interesting to pull out Kierkegaard’s famous book on anxiety, The Concept of Anxiety, and see where he speaks of anxiety and fear together. Here’s the only reference where the link between two is discussed:

The concept of anxiety is almost never treated in psychology. Therefore, I must point out that it is altogether different from fear and similar concepts that refer to something definite, whereas anxiety, is freedom’s actuality as the possibility of possibility. For this reason, anxiety is not found in the beast, precisely because by nature the beast is not qualified as spirit (p. 42, Princeton edition.)

For Kierkegaard, the uniqueness of human beings consists in this: they are not simply a composite of flesh (the physical) and of mental thought (the “psychical,” as he calls it), but of a third element, the “spiritual,” or simply “spirit.” Spirit is not a substance inherent to humanity, but is a way of being that is”awakened” as they develop in life; it is awakened in the context of the development of consciousness, which itself requires developing a facility with language. The experience of anxiety coincides with our facility in language and, more importantly, with our capacity as “spirit.”

Becoming “spirit,” or awakening in that third capacity as human beings, is to become aware of ourselves as having freedom. The centrality of freedom in existential philosophy and theology is well-known; but is to find oneself with the at-once alluring and frightening capacity to make significant choices and in a sense to make oneself in the world. But this is not an unlimited freedom, for we are also tossed about by the winds and waves of necessity–and are therefore limited by so much of the world, by the freedoms of others, and by the limitations of our own bodily existences. Nonetheless, those who develop in or as spirit take the reigns of that freedom and lauch out into the world, “seeking for the adventurous, the monstrous, and the enigmatic.” But the more spirit one has, the more anxiety, too.

In an earlier draft of The Concept of Anxiety, Kierkegaard wrote this paragraph (left out of the final published version):

As far as I know, natural scientists agree that animals do not have anxiety simply because by nature they are not qualified as spirit. They fear the present, tremble, etc., but are not anxious.

To be spirit, or let’s just say, spiritual, is for humans to have the capacity to reflect on their past, present, and future and to worry about themselves, their situation in life, and their prospects for coming days. It is, returning to the words of the original article discussed above, to have the tremendous capacity to “wake up at night and fret about their savings account, and whether or not their lives are meaningful.” But spirit is not just conscious reflection and symbolic thought, but the pursuit of life and its passions.

For Kierkegaard, then, anxiety is certainly not necessarily debilitating or paralyzing, but can be very constructive and necessary for a life fully-lived–it is coterminous with adventure. And yet, anxiety can also keep us from launching too far away from ourselves and keep us from losing the grounding of “necessity” that constrains our personality and keeps us centered. For Kierkegaard, fear is that more basic or elemental or primal response mechanism which LeDoux describes as emerging from the “fear circuit.” But LeDoux is now pushing for a more nuanced understanding of fear, like anxiety, as conscious reflection on the more basic defensive reaction to threat of harm.

LeDoux is pushing in his new book for a better understanding of both anxiety and fear. It is interesting to observe how, in this day that is often thought of as the “age of science,” we are observing something of a return to or perhaps at least a renewed sense of the validity of some seminal philosophical and theological thinkers of ages past, as resources for better applying the sciences in the present. 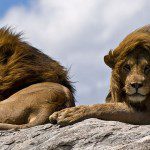 July 31, 2015
The Lesson of Cecil the Lion: Reject the Logic of Domination
Next Post 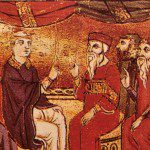 August 4, 2015 How to be a Responsible Religious Pluralist
Recent Comments
0 | Leave a Comment
Browse Our Archives
get the latest from
Unsystematic Theology
Sign up for our newsletter
POPULAR AT PATHEOS Progressive Christian
1 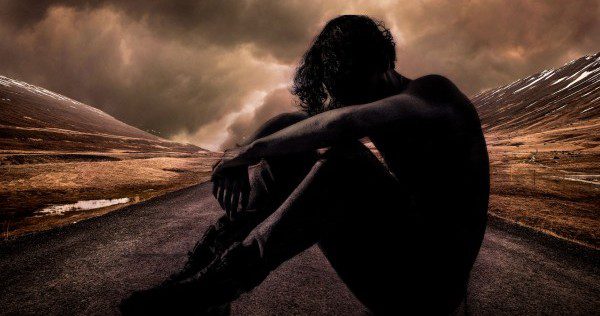