The latest Trump-tastic news involves an incident in Boston in which two brothers, Scott and Steve Leader, (allegedly) assualted with a metal pole, urianted on, and laughed at a homeless Latino man. They claimed they were inspired by the rhetoric of Donald Trump.

According to Time’s report:

Police say Scott Leader told them it was alright to beat the man as he was homeless and a Latino. “Donald Trump was right, all these illegals need to be deported,” Scott allegedly said.

Trump’s response was disturbingly lenient on the actions of the two men:

It would be a shame . . . I will say that people who are following me are very passionate. They love this country and they want this country to be great again. They are passionate.

Matt Taibi, in a recent Rolling Stone article, suggested that this incident is the point at which Donald Trump’s candidacy stops being “funny,” and becomes very dangerous. He writes,

It’s not exactly telling people to get out there and beat people with metal rods. But when your response to news that a couple of jackasses just invoked your name when they beat the crap out of a homeless guy is to salute your “passionate” followers who “love this country,” you’ve gone next-level.

The political right in America has been flirting with dangerous ideas for a while now, particularly on issues involving immigrants and minorities. But in the last few years the rhetoric has gotten particularly crazy.

His assessment is spot-on.

I’ve been reading H. Richard Niebuhr’s classic work, The Responsible Self: An Essay in Christian Moral Philosophy in preparation for my Christian Ethics course this semester.

In the essay, Niebuhr suggests there are two common symbols for approaching the question of human morality:. The first, which he calls “man-the-maker,” suggests that people “fashion ourselves,” according to a purpose (telos) or a variety of purposes or ends to which they aspire. These purposes differ according to the values and goals of the person or society, but they are similar in that the purpose out-ranks (or shall we say, trumps) any laws that might be at play.

The second symbol, in contrast to the first, is “man-the-citizen,” or the person “living under law.” This is the perspective commonly called “deontology” in ethical theory; which is the notion that the rule, law, or principle always stands above the particularities of a situation and always renders any purpose or telos secondary to the primacy of the rule.

Often, in conflicts over morality or ethics, we see a clash between the two different perspectives: one which affirms the primacy of a goal or purpose, and the other which insists on the superiority and universality of a principle or a rule.

It seems to me that Trump’s appeal is on the basis of the pursuit of a goal. This goal is an ideal to which he aspires and with which he is able to capture the imagination (however unbelievably) of a large group of people who share that aspiration.

What is the goal? What is the aspiration? What’s the ideal toward which Trump says he aspires…and to which he calls his “followers” to join him?

His campaign slogan represents a kind of moral aspiration–a telos, a goal, toward which he promises to lead his followers–and an ideal to which his followers can contribute by their own “moral agency.” This ideal out-ranks other moral considerations and, in the mind of his most “passionate” (read: craziest) followers, can even justify some really bad behavior toward fellow human beings.

Illegal immigrants, homeless, free-riders, and other “losers”–anyone sucking on the teats of the system–is only inhibiting the ideal from being realized. So, what’s so bad about beating up on a homeless person, when such violence symbolizes the primacy of the ideal (America’s return to greatness) and performs the superiority of the Patriot?

Niebuhr argues that neither symbol of morality, whether “man-the-maker” or “man-the-citizen” is adequate to deal with the complex realities of human morality.

What we actually need, he suggests, is a picture of “man-the-answerer.” The responsible person recognizes both the value of goals/purposes and the importance of rules and laws, but what most governs his/her moral decisions is a deep sense that they are inter-twined in relationships with countless others and in contexts that always putting forward new questions and challenges.

To be an “answerer” is to be a person of character ready to respond in ways that are adequate to each new situation and challenge. This means we have to be good interpreters, not just of communication, but of events and experiences–including the suffering we experience. It is this response and responsiveness to challenge and to suffering that creates and defines character; both of ourselves as individuals and of ourselves as a society.

It has often been said that the most profound test of a society lies in how it treats its weakest members. How do we treat our homeless? What is the governing moral image for our action toward the “outsiders,” the weakest and most vulnerable among us?

There is very little, if anything, about the slogan “Make America Great Again,” that appears to include “How do we treat our weakest members?” as a moral barometer.

Niebuhr’s theory of morality as based on responsibility is an important contribution to ethical theory. It’s doubtful that it will become the basis for a campaign slogan in the near future.

But it sheds light on why Trump’s nonchalant response to a morally atrocious action, on the basis of an appeal to  “passion” for the cause of “making America great again,” strikes so many people as repugnant.

What America needs is not more passion–certainly not for some nationalist vision of “greatness” and “winning”–but more com-passion.

We need a greater sense of responsibility; a sense that we are inter-connected in a web of humanity and of intersecting interests, desires, needs, rights, and duties.

Niebuhr’s question is a timely one:

To whom or what am I responsible and in what community of interaction am I myself?

August 20, 2015
An Opportunity for Grace: The Ashley Madison Leak and the Church's Response
Next Post 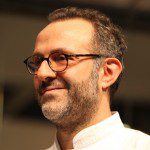 August 25, 2015 Re-imagining Food: Massimo Bottura and the "Chef's Table"
Recent Comments
0 | Leave a Comment
Browse Our Archives
get the latest from
Unsystematic Theology
Sign up for our newsletter
POPULAR AT PATHEOS Progressive Christian
1