Dorothy Sölle, a radical Christian theologian (her memoir is sub-titled Memoir of a Radical Christian), begins her book, Thinking About God, with an incisive critique of modern liberal Christianity.

She was no fan of fundamentalist evangelical theology, but she provides an interesting and perhaps still timely two-pronged critique of the liberal end of Euro-American Christianity.

In the first part, she claims that liberal Christianity’s insistence upon the separation of church and state is naive and self-defeating. The attempt to keep the two realms distinct made sense, she says, when the church itself was powerful. In that setting, the state needed to protect itself from a “church which was regarded as being hungry for power.”

Things are different now, though, she says (note: the book was published in 1989):

The church as a middle-class institution often has a great interest in keeping out of the political and economic decisions of the modern state. Official Protestantism, which we have to see as a form of bourgeois religion, has withdrawn into the moral and transcendent aspects of Christian faith. It has silenced its social and economic demands for the whole of human life and its society.

The church in its bourgeois Protestant form adapted itself to the demands of modernity, the Enlightenment, and science. But in this process of adaptation it lost its critical and prophetic voice because it recognized a division into two worlds–a realm of economics and politics, and a private realm.

This separation has contributed to the “liberal myth” which claims that the state can adequately deal with economics and politics, while the church can focus on saving “the soul of the private individual.”

But the catastrophes of our century, she says, have given the lie to this myth–showing that the state cannot be depended upon to deal adequately with human, social problems. Furthermore, the state easily becomes a tool of fascist destruction and oppression, and the church is powerless to stand against it because it has abdicated its prophetic role by stressing the separation of powers. By keeping its distance, the church loses its ability and courage to speak into the “powers and principalities” wielded or through the structures of the state.

Interestingly, the right-wing evangelical church (“Religious Right”) showed no such reluctance, and through its strategy of political engagement became a cultural force throughout the decades of the 1970s-80s–though it clearly fell off the other side of the cliff from decades of exchanging truth and prophetic speech for political power and cultural influence. The unholy alliance of evangelicals (the “81%”) with Trump is the manifestation of the consequence of decades of bargaining with power.

But Sölle’s point is not that Christianity should engage the public and political sphere for the sake of cultural and social power  (i.e. “Christian dominionism”), but rather that Christians should prophetically and courageously engage the political, social, and cultural realm (and the state) in order to pursue justice, righteousness, and peace for good of the world.

This leads to her second critique of liberal Christianity, an individualism, which she claims is “its chief distinguishing mark.”

Liberalism regards human beings as individuals who find comfort and peace of mind in faith. Modern life deals harshly with all of us, and the stress, the competition and the solitiude of men and women are tremendously great–it is precisely in this field that Christian religion is to bring consolation and healing as redemption for all evil. From this perspective the kingdom of God is completely suppressed in favor of the redemption of the individual. ‘Deliver us from evil’ is more important than ‘Thy kingdom come’, although both petitions in fact belong together.

This bourgeois theology is the work of the white middle class, relatively well-to-do, dominated by males and with an androcentric thought. It takes no account of the impoverished masses of this earth; the starving appear at most as objects of charity. Otherwise problems of sexual ethics or the ethics of dying are far more important in this theology than social, political or ecological questions (18).

Sölle urges that we consider liberation and radical theology as a corrective to liberal Christianity’s separationism (from political and cultural-social matters). She writes

In it the relationship of faith to the world is not understood along the lines of the liberal division of work; rather, the task of theology itself is redefined. It consists in collaboration with God’s work of liberation. Faith is not primarily a comfort in an ordinary and often lousy life, but another way of living, hoping, acting…Faith and action, theology and politics–in the broad sense, not the professional sense of the word–here belong together.

I wonder if now, nearly three decades after she wrote this critique, whether liberal Christianity has changed all that much, or is less deserving of her critique than when she wrote it? I suspect it’s changed somewhat, in that many liberal and progressive Christians certainly care about concerns raised by radical and liberation theologians–the structural and systemic evils that impact the vulnerable and marginalized of societies, ecological care, etc.

But I have to wonder whether her critique continues to remain valid (and a little bit of introspection makes me think about not just my own heart in these matters but my action–or inaction–also).

September 8, 2017
Should We Pray For God's Protection From Hurricanes?
Next Post 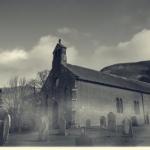