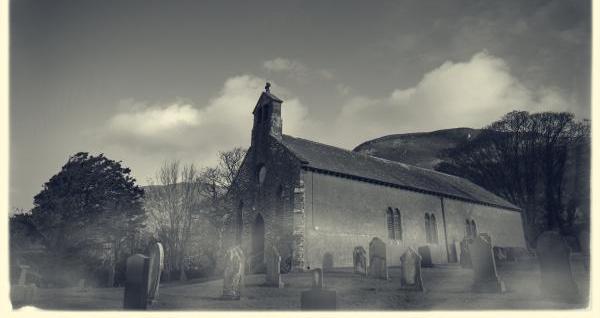 But this confession isn’t really that universal, because it’s a distinctly and intentionally Protestant confession.

The occasion for the drafting of this new doctrinal affirmation (“confession,” perhaps because many Protestants don’t like “creeds”) is the upcoming celebration of the 500th year anniversary of the Protestant Reformation. Legend has it that Martin Luther nailed his 95 theses on the door of the Wittenberg castle on October 31, 1517.

Now back to the present occasion.

This new Protestant confession was drafted by 12 Protestant theologians and signed by well over 250 theologians, denominational leaders, university presidents, etc.

The express purpose of the confession is not to replace already-existing confessions of faith used by distinctive church bodies (Lutheran, Presbyterian,  Baptist, Pentecostal, etc.). Rather, it’s meant to capture a broad doctrinal consensus, to reflect “mere Protestant orthodoxy.” This broad consensus is intended to witness to the world that Protestants aren’t as divided as many people think. For more on the background and intention of the confession, see this interview with theologian Kevin Vanhoozer, one of the primary drafters of the statement.

Everyone knows the reputation of Protestants for stark and long-lasting differences of opinion about various theological and liturgical issues. For example, is the Eucharist (or the Lord’s Supper) a symbolic memorial or a real presence of Christ? Should we baptize infants (Lutheran, Presbyterian, etc.) or only “believers” (Baptists, Pentecostals, etc.)?

The Reformed Catholic Confession cuts across (or flies above) these well-known points of division, suggesting that orthodox Protestants agree on the most basic or fundamental doctrinal points.

I’m all for broadening the theological and ecclesial tent. And I’m also happily (if not necessarily proudly) Protestant. But–respectfully–I won’t sign the statement. Here are a few reasons:

(1) It’s a confession that only conservative Christians can or would sign. Substantively, it doesn’t read much differently than what you’d find in an evangelical confession of faith. Granted, it’s theologically erudite and more lyrically written than most confessional statements out there. But it makes no attempt to adjust doctrine or theology to science, historical criticism, or modern thought in general.

It does avoid the use of inerrancy to describe the Bible (that descriptor beloved by fundamentalist evangelicals), using the slightly more flexible “inspiration” instead. And it takes no specific position on eschatology (there’s no claim for a rapture or position taken on the timing of Christ’s return). There is a sentence with strong nods to justice and service (“works of love”) as key to the Christian life.

But it’s difficult to see how anyone who self-designates as a liberal Protestant Christian would sign off on it. But hey, that’s probably the point. The authors were clearly only intending to include those they would consider “orthodox.” But in my view, it’s an unfortunate narrowing of the gate–if the purpose is really to unify a diverse Protestant church in the modern world. Despite the claim that the confession is not meant to draw narrow fences, it certainly could have that effect–particularly to anyone who doesn’t assent to biblical infallibility, or believe in a literal Adam or Even, or affirm the historicity of the virgin birth, or focus their theology of the atonement on penal substitutionary sacrifice.

(2) The confession consistently uses male pronouns to refer to God. Right from the get-go, the statement on the Triune God, we read that God “has life in himself” and has purposed to “form a people for himself.” Even the Holy Spirit, who is a prime candidate for gender neutral language, is referred to as “he.” This represents an unfortunate neglect of theological developments which should make us sensitive to how we employ gender language in our references to God. We can excuse the authors of the Nicene and Chalcedonian Creeds for not attending to ways that pronouns message gender hierarchy–but now?

(3) The confession assumes a literal Adam and Eve. I included this in my short catalogue in point #1, but the confession doesn’t leave much room–as I read it–for a non-literal view of Adam and Eve or for a mythical interpretation of the first chapters of Genesis. The document says, “Through disobedience to the law-giver, Adam and Eve incurred disorder instead of order (Rom. 8:20-21), divine condemnation instead of approval, and death instead of life for themselves and their descendants (Psa. 51:5; Rom. 5:12-20).” And in the statement prior to that, we read of the “self-defeating choice of the first human beings,” who are then subsequently named as Adam and Eve in the following sentence. How many modern Protestants would be excluded from the statement on that basis alone? How could this statement be anything more than a conservative (even Evangelical) Protestant confession?

(4) The confession insists on the virgin birth of Jesus as crucial to orthodoxy. This isn’t surprising. Every creed or confession since the late fourth century affirms that Jesus was miraculously conceived in the virgin Mary. Nonetheless, many theologians today do not think that the virgin birth is essential to Christian orthodoxy: Jürgen Moltmann, Wolfhart Pannenberg, and Leonardo Boff, to name a few (Boff affirmed the virgin birth, but didn’t see it as essential for orthodoxy). Furthermore, the apostle Paul clearly did not think the virgin birth was essential to orthodoxy. He never mentions it–and the references Paul makes to Jesus’ human origins assumes that Jesus had a human male parent, who passed along his Messianic credentials from Abraham and David. (Shameless plug: If you want to explore this further, read my forthcoming book on this topic.

(5) The confession has as much potential to exclude as it does to unify. Yes, it will cover some Pentecostals and Lutherans (but not ELCA Lutherans!), conservative Baptists and conservative Presbyterians, under this “mere (orthodox) Protestantism, but–to me, anyway–it reads as a conservative, evangelical statement, not a broadly Protestant confession that takes account of the “always reforming” spirit of the Reformation in a modern age.

(6) The confession (arguably) runs counter to the spirit of Reformation’s “always reforming” (semper reformanda) spirit. The confession maintains the territory already staked out by orthodox doctrinaire theologians of ages past. Why not open those boundaries a bit? That would be a fresher approach–an approach arguably more akin to the ground-breaking, earth-shattering explosions of the Reformation. Where is the flexibility here for positive engagements with feminist theology, for exploring non-violent theories of the atonement, for taking evolutionary biology seriously and negotiating the implications for a theology of sin? Is there no room to question cherished beliefs like the virgin birth–which may have made more sense in the original time and place than they do today–even from the perspective of an orthodox Christology?

(7) Is this confession what the world needs today from Protestants? This last one might seem like a cheap shot, but the question must be asked. We have in these twelve articles one line about works of service and justice–admittedly, it’s a good line! Comparatively, the confession includes lots of high-minded theology about God as Trinity, the person and work of Christ, the (male?) Holy Spirit, the infallible Bible, and so on–but comparatively little about the implications of Christian faith for action, for economics, for politics, for global poverty, for combating racism and exposing the theological basis of white supremacy, for caring for the environment. Perhaps I’m asking too much here, but it’s hard to see how this “new” confession of faith will help Protestant Christianity distance itself from the negative PR it has acquired in recent days, through the surprisingly unflagging evangelical support of Trump. Will this confession help reverse the slide of Protestant Christianity into irrelevance? It’s difficult to see how.

I have to wonder if Protestantism wouldn’t be better served by embracing the theological diversity (and theological messiness) that inevitably accompanies Reformation values like: the priesthood of all believers, the centrality of the Scriptures (over creeds and confessions), and that restless Protestant impulse to be always reforming. I also wonder have to wonder if right action (orthopraxy) is a more powerful uniting force than right belief (orthodoxy).

September 14, 2017
The Problem With Liberal Christianity (From the Perspective of a Radical Christian)
Next Post

September 27, 2017 Would You Use the Flag as a Strainer? (What the Anthem Conflict is Really About)
Recent Comments
0 | Leave a Comment
Browse Our Archives
get the latest updates from
Unsystematic Theology
and the Patheos
Progressive Christian
Channel
POPULAR AT PATHEOS Progressive Christian
1

'The redeeming effects of the Christian...
slacktivist
Books by This Author Books by Kyle Roberts 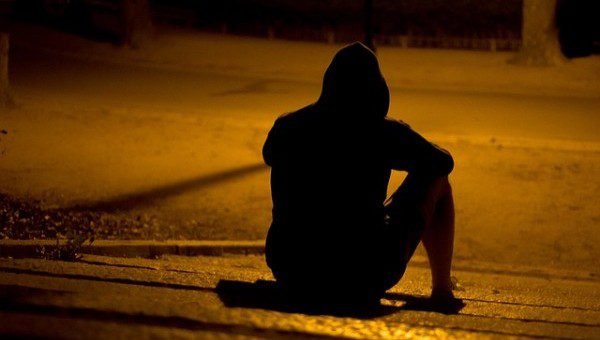 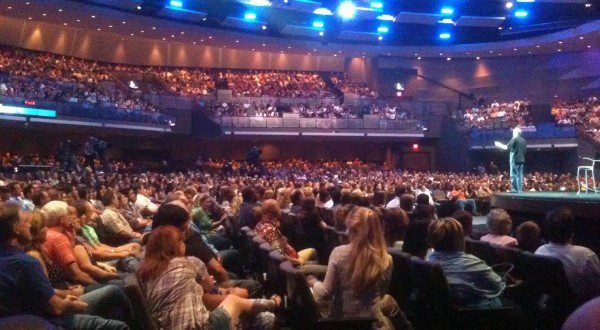 Progressive Christian
The Evangelical Relationship With God, from an Anthropologist's...
Unsystematic Theology 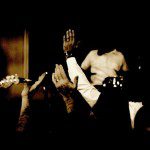