Why Are People Attracted to Intelligent Design?

Why Are People Attracted to Intelligent Design? August 10, 2015 Kyle Roberts

Intelligent Design (ID) has made a lot of headway in conservative Christian circles over the past number of years. ID theorists and proponents mount what appear (to the casual observer, anyway) to be sophisticated critiques of Darwinian evolution. ID is not new. It’s been around in some form for a very long time. 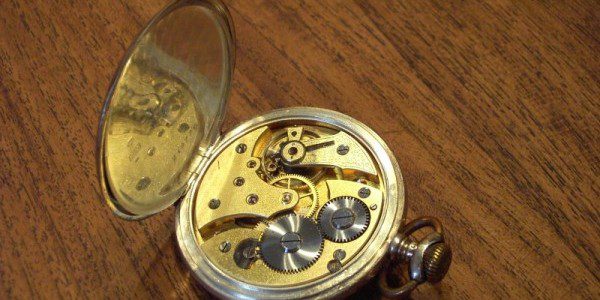 Darwin himself ascribed to a variant of intelligent design theory before his empirical observations of nature led him to formulate the theory of biological evolution–and therefore to reject the “natural theology” of intelligent design. Darwin was well-schooled in nineteenth-century versions of natural theology and apologetic arguments for the existence of God, such as William Paley’s “Watchmaker.”

Of course, he arrived at the conclusion that intelligent design just doesn’t work, and that evolutionary theory was the only adequate way to explain nature. “It is like confessing a murder,” Darwin acknowledged, so deeply entrenched were presumptions of a Cosmic Designer for each distinct species.

Intelligent Design holds, against Darwin, that the present state of nature and of biological life cannot be explained via natural selection: random mutation + environmental pressure/changes = adaptations and changes which, over very long periods of time,  lead to the formation of new species (not just slight variations within species). ID claims that there is “evidence” in the natural (mostly, biological) world that can only be adequately explained by positing a Designer. Darwin’s “theory” fails to explain the “missing links” (i.e. transitional forms) or to explain instances of “irreducible complexity.” (I’ll say more about these two points in a subsequent post).

Michael Shermer, in his interesting book, Why Darwin Matters, points out that one of the reasons for the continued attraction of Intelligent Design is that human beings are so accustomed to ascribing design to our lives and to the world around us. We are meaning-making creatures–which in fact has been an adaptive advantage for us as we’ve struggled against the vagaries of nature. Cognitive science of religion has made the point time and again that human beings were typically safer in assuming an “intelligence being” out there than not–because it put them on guard against potential assailants.

Evolution implies that there is no God, therefore…

Belief in the theory of evolution leads to atheism, therefore…

Without a belief in God there can be no morality or meaning, therefore…

And this is often the very sort of argument that anti-evolutionists (i.e. creationists) use to stir up public suspicion and even vitriol against evolution. It’s been this way from the very get-go–the Creationist, anti-evolution propaganda machine has been a powerful force in contemporary American life, from Darwin to William Jennings Bryan to the Discovery Institute. Karl Giberson’s book Saving Darwin, tells this cultural story very well.

But Shermer argues persuasively that ID is both bad science and bad theology. For one thing, he points out a “deep-seated flaw” in the ID argument that the appearance of design (and who is in an position to infer this kind of “design” anyway?”):

Shermer also points out that finite human intelligence could never adequately determine if or when they have discovered something that could only be explained by an “absolute” (omnipotent and omniscience) Divine Intelligence; how can finite beings determine evidence of an absolute divine Being’s input into the natural order?

In the conclusion to the chapter, “In Search of the Designer,” he writes:

Intelligent Design is simple science. It is also bad theology. Intelligent Design reduces the deity to a mere engineer, a garage tinkerer, a technician piecing together worlds and life forms out of available materials, but not necessarily the creator of the original materials. This is not at all the spirit invoked in the creeds such as those formulated at the first Nicene Council, held in AD 325, the opening of which states: “We believe in one God, the Father Almighty, Maker of heaven and earth, and of all things visible and invisible. (42-43).

To be fair, the ID proponents I have read do not claim to be providing positive evidence for the God of the Bible; or even necessarily of a personal deity like that described in biblical revelation. Their main interest seems to be in poking enough holes in Darwinian evolution to allow Christians to continue to comfortably reject it, in favor of creationism. They do this through highlighting negatives (or supposed “missing links”) or by positively ascribing “design”–even despite lack of adequately conclusive evidence.

There are intuitive elements behind intelligent design that do not bother me. I, too, desire to make meaning out of an often-chaotic world. I believe in a divine Creator–besides which nothing in the universe and natural world that exists would exist. But note this is a faith commitment I have: not a dogmatic truth based on apologetic argument. But in my experience of God, I also have moments of reflecting on the beauty of the natural world; the wonders of the human body, or the majesty of the mountains, or the simplistic splendor of a single blade of grass.

Furthermore, we don’t need to ascribe to ID in order to worship God and to be thankful for the wonders of creation–even a creation that came about through an evolutionary process. Again, from Shermer:

If we think of God as a thing, a being that exists in space and time, it constrains God to our world, a world of other things and other beings that are also restrained by the laws of nature and the contingencies of chance. But if God is the maker of all things and all beings visible and invisible in heaven and earth, God must be above such restraints; that is, above the laws of nature and contingencies of chance…

If there is a God, the avenue to Him is not through science and reason, but through faith and revelation. If there is a God, He will be so wholly Other that no science can reach Him, especially not the science that calls itself Intelligent Design. (43-44)

Stay in the loop! For more discussions of theology and society, like/follow Unsystematic Theology on Facebook. 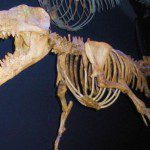 August 11, 2015 "But Where Are All the Transitional Fossils?"
Recent Comments
0 | Leave a Comment
"Good points. It is not wrong to love your country and do what is best ..."
Done with Religion When Churches Conflate Christianity and Nationalism ..."
"Well, you are misguided. Do you think you can figure out this God? If so, ..."
WitBrown Mother God: What Are We Doing ..."
"Obviously, you are missing the fact that The Creator God is sovereign and stands above ..."
WitBrown Mother God: What Are We Doing ..."
"A god so limited as to be gendered is too small to bother with."
Kyllein MacKellerann " Mother God: What Are We Doing ..."
Browse Our Archives
get the latest from
Progressive Christian
Sign up for our newsletter
POPULAR AT PATHEOS Progressive Christian
1

Mansplaining in the Bible, and a...
Freelance Christianity
Books by This Author Books by Kyle Roberts