Ash Wednesday from a Mexican-American Perspective

A book I regularly assign my theology students is Virgilio Elizondo’s Galilean Journey: The Mexican-American Promise. First published in 1983, it’s now in its 6th printing.

Today I was reminded of a reflection in the book on the unique Mexican-American experience of Ash Wednesday. Here you go:

To anyone who knows anything about the religious practices of the Mexican-American people, it is obvious that one of the most sacred rites of the year is the reception of ashes on Ash Wednesday. For the masses of the people, it has little to do with the beginning of Lent. Lent as a season of self-sacrifice is not really of special interest to the people: the entire year is a time of suffering and abnegation.

On Ash Wednesday Mexican-Americans renew their cultic communion with mother earth. For them the earth has always been sacred and they retain a fundamental identity with it. The earth supports and regenerates life; it is life. Living things–plants, animals, humans–come from the earth and fade back into it when they die. And the earth brings forth new life.

Foreigners may come and take away the earth from them, but they cannot take them away from the earth; the people is the living earth, the living earth is the people. When distant from their land, they dream about it, sing about it. They pray that when they die they will be returned to their earth, there to be buried…

To deprive a people of its own land is like depriving children of their mother. Mexican-Americans sense that the earth belongs to them and they to it–like mother and child. On Ash Wednesday they celebrate their personal and collective communion with their earthly basis of belonging and identity.

The rite of ashes becomes all the more significant in this era when Mexican-Americans are living as captives in their own land. They are called “foreigners” and are treated as illegal intruders by another society that imposed itself on them by violence, power plays, and even religion. In their own land, their ways and their religious expressions are despised and looked down on as backward and primitive…

The rite of ashes affirms and dares to celebrate the core Mexican-American belongingness and suffering. The ashes are a sign of suffering and death that will not be useless: even if individual persons are wiped out, the people will continue. The ashes of the present fertilize the seeds of the future.

Ash Wednesday is a day of sorrow and joy. The ashes are an exterior manifestation of the innermost attitude of the collective soul of the people: suffering but not despair, acceptance but not fatalism, aguante (“endurance”) but not passive resignation, joy but not frivolity. And hope beyond immediate expectations. (33-34)

February 9, 2016
On Wheaton: If Reconciliation Means "Parting Ways," then Christianity is Done For
Next Post

February 12, 2016 The Problem of Certainty and "Making a Murderer"
Recent Comments
0 | Leave a Comment
Browse Our Archives
Related posts from Unsystematic Theology 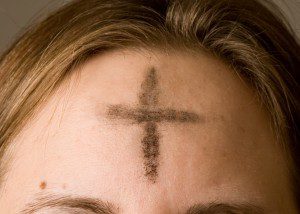 Progressive Christian
My Mom Will Get Her Brain Back: A...
Unsystematic Theology