On Wheaton: If Reconciliation Means “Parting Ways,” then Christianity is Done For

On Wheaton: If Reconciliation Means “Parting Ways,” then Christianity is Done For February 9, 2016 Kyle Roberts

Today is a big day at Wheaton College. It’s not a happy day. It’s a heavy day.

Wheaton, widely known as as the”flagship” evangelical liberal arts college, has found itself embroiled in a public relations nightmare over the past several months.

I won’t retell the story here–I assume most of you know it already–but the short of it is that the Wheaton provost, Dr. Stan Jones, placed political science professor Dr. Larycia Hawkins on administrative leave and set her on a process that could have led to her termination. The catalyst for this administrative decision was a Facebook post that Dr. Hawkins wrote, in which she said that Christians and Muslims worship the same God.

Her post, and her subsequent suspension from teaching, led to a vigorous public debate as to the merits–or demerits–of her statement. Lost in some of the theological wrangling that emerged was the context of her statement, as expressing solidarity [what Dr. Hawkins calls “embodied solidarity”] with Muslims in a politically hot time in which peaceful Muslims are often discriminated against in our country and across the globe.

While the theological debates raged on, many Wheaton faculty spoke out in support of Dr. Hawkins. Wheaton’s Faculty Council unanimously recommended that the administration revoke her leave and reinstate her. A faculty diversity committee determined that the process which Dr. Hawkins was put through was tainted with discrimination. In a memo to the administration that went public, they found the process to be “discriminatory on the basis of race and gender, and, to a lesser extent, marital status.” And they stated, “We believe that the college has demonstrated a pattern of differential over-scrutiny about Dr. Hawkins’ beliefs.”

A growing number of current Wheaton faculty began to speak out in support of Dr. Hawkins, encouraging the administration to reinstate her immediately. A group of 800 alumni signed a letter expressing their discouragement with the administration and their consideration of dropping their financial support of Wheaton, should they not reinstate Dr. Hawkins. They letter put it strongly:

Until full restoration and reconciliation are reached, each of us will prayerfully re-consider our commitment to financially support the mission of Wheaton College.

Until very recently, the tide seemed to be turning. The groundswell of support for Dr. Hawkins surely had to have had some effect?

That’s why, when I read an email last Saturday, written by Provost Jones and sent to the Wheaton faculty (and subsequently distributed on social media), which seemed to offer a sincere apology and which expressed a desire for reconciliation between Wheaton administration and Dr. Hawkins, I had hope that the administration would reverse course. And apparently lots of other people did too: media outlets were even reporting that the college was changing its stance toward Dr. Hawkins.

But, only a few hours later, as a Time article details it, Wheaton announced on its webpage that the college and Dr. Hawkins would “part ways.” This was not, then, a firing, but a mutual decision to separate. The “joint statement” on Wheaton’s website begins:

Wheaton College and Associate Professor of Political Science Dr. Larycia Hawkins announce they have come together and found a mutual place of resolution and reconciliation. The College and Dr. Hawkins have reached a confidential agreement under which they will part ways.

How could the phrase “part ways” and “reconciliation” be included in the same paragraph. How does reconciliation involve a separation? If there’s a reconciliation, wouldn’t there be a rejoining? A reuniting? Apologies offered and accepted, and a commitment to mutual support and a gratitude for renewed relationship?

This struck several Wheaton professors as odd, too–concerning, even. Again, from the Time article:

Gary Burge, professor of New Testament, commended the provost for his decision to publicly apologize to Hawkins but remains puzzled by the university statement. “We are left wondering why the president’s reconciliation with Dr. Hawkins does not include her remaining on our faculty,” Burge said. “Was this ‘reconciliation’ predicated on her willingness to leave? And we wonder: what is the relationship between reconciliation and restoration?”

As a New Testament professor, Dr. Burge knows that reconciliation is very important in the New Testament. Paul writes of the “ministry of reconciliation” (2 Corinthians 5:11-21) and urges that those who claim to follow Christ be reconciled to each other. The letter to the Romans can be thought of as one long prescription for reconciliation–between Jews and Gentiles who had a really hard time getting along and worshipping together in the same churches. And then there’s Ephesians:

For he is our peace; in his flesh he has made both groups into one and has broken down the dividing wall, that is, the hostility between us. 15 He has abolished the law with its commandments and ordinances, that he might create in himself one new humanity in place of the two, thus making peace, 16 and might reconcile both groups to God in one body through the cross, thus putting to death that hostility through it. (Eph 2:14-16)

Sure, you can have a resolution and part ways. You can come to an agreement. You can make a legally binding contract two which all parties agree. But that’s not necessarily reconciliation.

There are a lot of details that I don’t know. I readily admit that. And as Elizabeth Diaz (author of the Time article) acknowledges, we may never know the details that led to this parting of ways. And it could very well be that, in the past days, Wheaton administrators did everything they could to reverse the course and to reinstate Dr. Hawkins. Was it just a case of “too little too late”? Might be that she’d just had enough–that she no longer wanted to work at a place where she had been placed under such scrutiny? This would be understandable.

Legal strictures and “corporate best practices” will likely keep the lid tight on what ultimately led to this final outcome.

Tonight (Tuesday) a special “reconciliation service” is planned for the Wheaton College community, at which both Dr. Hawkins and Dr. Ryken (Wheaton’s president) will be present and will speak. (This is not open to the broader public).

Many of us outsider observers are just wondering what “reconciliation” really means? Can reconciliation and “parting ways” go hand in hand?

If we take the New Testament idea of reconciliation seriously, it would seem that the expression of reconciliation is unity and partnership. Thanks to the grace of Go,d we are all under the same situation; a situation in which our best recourse in any complicated, conflict-ridden situation is to love, to forgive, and to value unity over fragmentation, inclusion over boundary-drawing, and the praxis of the gospel over theological precision and “correct” doctrine.

Whatever happened behind the scenes in this Wheaton debacle, and whatever will happen in the future, I just hope that we do not lose sight of what reconciliation really could and should mean.

If we do, Christianity–with the “ministry of reconciliation” at its heart–is done for.

February 8, 2016
On the Ambivalence of Believing in Life After Death
Next Post

February 10, 2016 Ash Wednesday from a Mexican-American Perspective
Recent Comments
0 | Leave a Comment
"Experimental science can be repeated over and over again. The data from the investigation of ..."
bill wald Needed: Religious Leaders who Play Along ..."
"Science is provable, over and over again. Religion is not. Science (the method) asks "Why?" ..."
Kyllein MacKellerann " Needed: Religious Leaders who Play Along ..."
"Ser i ous ly... "demeaning" to all of whom, exactly?? To those who'd rather pretend ..."
Erich Brough To Better Understand the Destructive Myth ..."
"Thank you for these recommendations!The Bible and every other book of relational testimony is never ..."
Herm Recommendation: A Christmas Book for Progressive ..."
Browse Our Archives
get the latest from
Unsystematic Theology
Sign up for our newsletter
POPULAR AT PATHEOS Progressive Christian
1 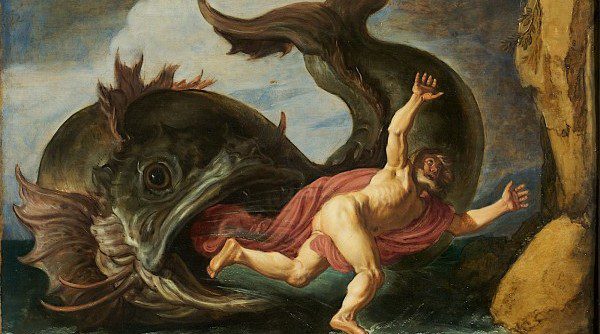 Progressive Christian
Dear Christian: Would You Be Angry if Hell...
Unsystematic Theology 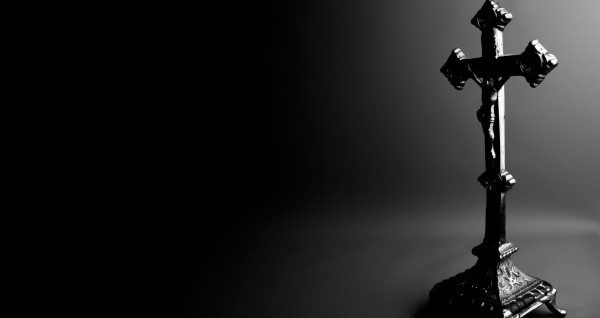 Progressive Christian
Why I'm a Christian Universalist in One, Simple...
Unsystematic Theology 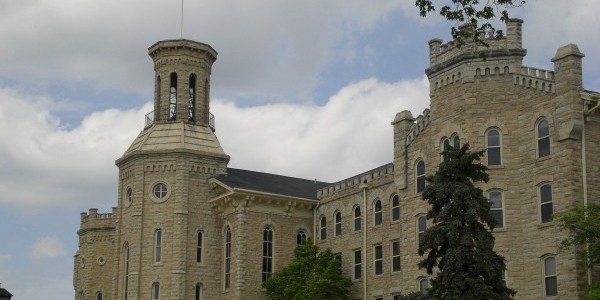