House Speaker Paul Ryan, who has been  slow to coming around in support of Donald Trump’s candidacy, has clearly rounded the bend. 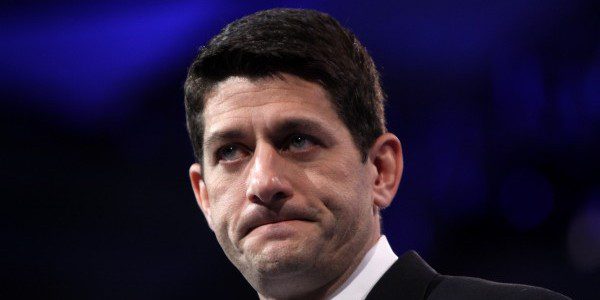 “Claiming that a person can’t do their job because of their race is sort of like the textbook definition of a racist comment.”

But with Trump as the Republican nominee, Ryan must throw his support behind him, come hell or high water. Politics is so often about ideology, about tribal loyalty, and about power, after all. So,

“But do I believe Hilary Clinton is the answer? No, I do not.”

But at the end of the day, this is about ideas. This is about moving our agenda forward.”

We believe we have a better likelihood of passing that [with Trump] than we would with a president Clinton.

It’s fascinating to observe Ryan struggling with the cognitive dissonance here. We all must do it, to some degree or other, in some way or other. But when it’s on the public stage like this, it’s quite something to behold.

But still, one must ask the question why an admittedly racist comment could be disavowed and yet at the same time, not considered to be pertinent to the “ideas’ and “agenda” and “principles” and “politics” that are to be defended? Shouldn’t anti-racism be part of agenda, core to hose principles that will “give the people of this country a better way forward”?

If so, why is Trump’s candidacy really the best answer to our problems, Mr. Ryan?

June 7, 2016 Martin Luther on the Importance of Inviting Death Into Our Presence
Recent Comments
0 | Leave a Comment
Browse Our Archives
get the latest from
Unsystematic Theology
Sign up for our newsletter
POPULAR AT PATHEOS Progressive Christian
1