Donald Trump thinks that the removal of confederate monuments is tantamount to destroying culture.

Sad to see the history and culture of our great country being ripped apart with the removal of our beautiful statues and monuments. You can’t change history, but you can learn from it. Robert E Lee, Stonewall Jackson—who’s next, Washington, Jefferson? So foolish! Also the beauty that is being taken out of our cities, towns, and parks will be greatly missed and never able to be comparably replaced!

But what is this “culture” that he wants to preserve? White supremacy?

One good thing about culture is that, because culture is human (and social) construction, it can be exposed as faulty, bigoted, dangerous, and oppressive.  constructed. Human societies can pivot in their appreciation of what–and whom–should be considered “beautiful.”

History, too, is–in a sense–human construction. That is, history is not pure objectivity, pure unadulterated “fact.” Historians construct narratives, using available materials, and the good ones do their best to write factually accurate narratives that tell stories about what happened in the past. But these stories are shaped by subjective factors (a bit of guesswork here or there, a rhetorical flourish here or there, and choices made about who takes the central stage in the narrative–and who gets left out).

Emilie Townes, in her important book, Womanist Ethics: The Cultural Production of Evil, describes how those in power set the stage for society regarding how events and people will be interpreted–how social realities, ethnic groups, “race,” and so on, will be assessed. The dominant society writes the rule book, and attempts to determine who or what is “good” and who or what is “bad,” or evil.

She notes that the cultural production of evil is determined by “the set of ideas that dominant groups employ in society to secure the consent of subordinates to abide by their rule.”

So, at the highest (most dominant or powerful) levels of social construction, culture is by no means benign, neutral, “objective.”

This truth is completely missed (or ignored) by those who defend the “sacredness” of confederate monuments and who decry their removal as “ripping away culture.”

And the truth is, many confederate-honoring statues were erected well after the civil war era precisely for the purpose of sending a message, creating a narrative that, despite the formal abolition of slavery, white supremacy still reigns. Here’s how one article describes the reality of the construction of confederate monuments:

Almost none of the monuments were put up right after the Civil War. Some were erected during the civil rights era of the early 1960s, which coincided with the war’s centennial, but the vast majority of monuments date to between 1895 and World War I. They were part of a campaign to paint the Southern cause in the Civil War as just and slavery as a benevolent institution, and their installation came against a backdrop of Jim Crow violence and oppression of African Americans. The monuments were put up as explicit symbols of white supremacy.

A prime example of the “cultural construction of evil” at work in our nation’s history.

Townes (using Foucault and others) persuasively shows how the cultural constructions (images, symbols, “histories,” and we should add: monuments) created and held fast by dominant groups, certainly those that oppress, marginalize, and do violence to minority groups, need to be shown for what they are: social, imaginative constructions that actively work to keep some people at the top, and others at the bottom–or to the side.

They need to be countered by “countermemories,” images, symbols, heroic figures, and other stories that bring to the forefront people and stories that have been overlooked, ignored, cast aside, or perverted by the dominant, powerful people who have been writing the rules for the rest of society.

Monuments and other public symbols that perpetuate hierarchy, oppression, racism, false narratives (e.g. white supremacy) and all other kinds of evil should be removed. Put them in a museum, by all means, where these cultural artifacts, these constructions of someone’s imagination, can be analyzed, assessed, and lamented and used as occasions for repentance for those of us who may still benefit, however unintentionally, from the cultural construction of evil.

August 11, 2017
Luther on Faith, that Great Destroyer of (Meritorious) Works
Next Post

Progressive Christian
The Inauguration of the Gold-Crowned Jesus
Unsystematic Theology 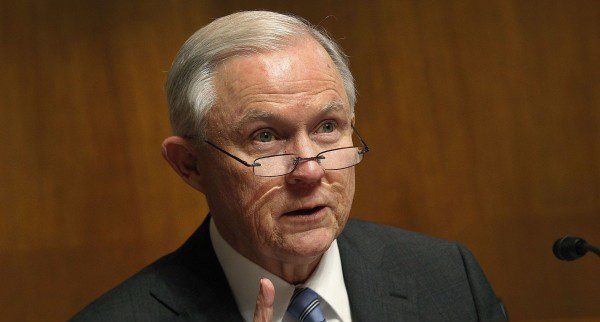