Anything I can do, We can do better…

“We think that honesty and living in truth are better ways to live than propaganda and denial and comforting stories.” –Tom Schade, “Religious Community is Not Enough: Unitarian Universalism’s purpose is much bigger than gathering with like-minded people for mutual support,” UU World Winter 2013.

Earlier this year the Board members of the Center for Ethical Living and Social Justice Renewal voted unanimously to attend an Undoing Racism training offered by the People’s Institute for Survival and Beyond. While most of the members of the Board consider themselves anti-racist, we are stretching into what it would take to intentionally shape the Center to be an anti-racist institution. A primarily interpersonal understanding of racism limits our collective ability to address institutional, internalized, and ideological racism. With support from the Unitarian Universalist Veatch Program at Shelter Rock, the entire Board registered for the November Regional Training in New Orleans.

Beloveds, it is not enough to send off one or two of a congregation’s more social justice-y members to a training and consider the work of anti-racism done. It isn’t even enough to go through a congregation-wide training – once. This system of inequity, so deeply in the bones of our country’s constitution that you can take white people out of leadership and have the system continue to provide a preferential option for whites, requires a diligent commitment to undo.

One white member of the Center’s Board was attending this training for the “umpteenth time” since beginning to attend in the 1980’s and was clear that she would keep coming back. What has been done to us as a nation is a powerful, hypnotic thing. It lets me think, as a white woman, “I worked hard for what I have” and not even begin to reflect on how hard my neighbors of color have worked to have not even half as much.

It is hard to express my gratitude to the members of the Center’s Board for showing up for the training, day after day, for an exercise in living in truth, unpacking and confronting propaganda and denial. And doing it together. While I have attended multiple-trainings as an individual, this is the first one I have attended as an intentional member of a collective – and I experienced this training profoundly differently than the ones before. Instead of getting stuck on my own abilities (and lack thereof), I was able to think about the resources and structures of the organization I was a part of – and this has sent me back into the world with energy and hope.

The strongly individualistic (white) values of this nation will not serve us in the task of undoing the structures of oppression. Dismantling systems of oppression is collective work, friends. Find your collective. It is not enough to be a lone crusader in the work of undoing racism. This position only enforces the structure of isolation, designed to prevent collective organizing. If this is your position, look around. You are not alone. All of our lives are diminished by the structures of racism.

Organize, beloveds. The work will not be done perfectly, but together, we can begin to heal that which is profoundly broken. 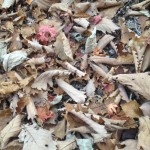 November 14, 2013 How Sisyphus Got It Right
Recent Comments
0 | Leave a Comment
Browse Our Archives
get the latest from
New Visions
Sign up for our newsletter
POPULAR AT PATHEOS New Visions
1