Today we welcome the Reverend Paul Beedle, parish minister for First Unitarian Universalist Church of New Orleans, as a guest blogger on the UU Collective! 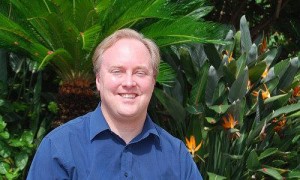 Sometimes folks speak of the Civil Rights movement of the 1950s and 1960s as if it only belonged to that period of a little over ten years of activism in which Dr. Martin Luther King Jr, was prominent.

I think it’s important to remember that the progress of Reconstruction in the 1870s was opposed then, and deconstructed in the 1880s, with much more violence than shocked the nation when the police charge on the Selma marchers was televised. In the 1890s was built the system of white supremacy that Dr. King and the movement confronted, starting with the 1890 Louisiana law that segregated railroads within the state (upheld by the 1896 US Supreme Court decision in Plessy v Ferguson).

Black leaders in New Orleans resisted – the Comité des Citoyens (formed in 1890), the Crusader (the city’s last black daily newspaper), the city’s three black colleges – but the black/white paradigm was gradually established, replacing Louisiana’s older, more nuanced racial order. Antimiscegenation laws, abolished during Reconstruction, were reenacted in 1894; the 1898 state constitution disfranchised the black population; in 1908 the legislature made concubinage between blacks and whites a felony; and in 1910 the legislature removed the lingering differences in how state law treated light-skinned and dark-skinned people of color. A new (that is, different) order of oppression was sealed in law.

Local chapters of the NAACP (founded in 1909, against the backdrop of newly constructed segregation) fought these laws across the country. One reason that Dr. King and the black churches took the lead in Alabama was that there the NAACP – increasingly persecuted by state governments during the 1950s – had been completely suppressed.

Selma was about reversing the 70-year-long disfranchisement of black people in our country. It was doing again the work that was done during the decade or so after the Civil War to secure their equal citizenship. And the Civil Rights movement, more broadly, was about undoing the system of oppression constructed during the 1890s. The movement faced down hostility and violence that had ascended in the 1880s. And we face today the same kinds of legal maneuvers of that era – voter suppression by legal chicanery most prominent among them, but also economic pressure on labor and “free market” defenses of socially destructive business practices.

In determining where we go from here, it helps to have a sense of where we are now.

[NOTE: Rev. Paul blogs regularly at https://revpaulbeedle.wordpress.com/ if you would like to read more of his work.]

January 15, 2015
Darn the Luck: Truth is Everywhere
Next Post

January 22, 2015 Selma: Death of a Meta-narrative
Recent Comments
0 | Leave a Comment
"Dear Author,As I read your words I am both "boosted", yet simultaneously frustrated for the ..."
Scot Reichman The Spiritual Practice of Agnosticism
"In other words it should be'celebrated' in the way we 'celevrate" Remembrance Day (11th hour ..."
Ivlia Blackburn The Meaning of Memorial Day
"Talk about that moral arc of the universe that bends toward justice is metaphysical talk—theology—not ..."
NoDifference #Charlottesville and Getting Real
"My tradition is Advaita Vedanta. Yoga is actually union with God. Advaita recognizes no duality ..."
Arthur Shimkus To Whom It May Concern: the ..."
Browse Our Archives
get the latest from
New Visions
Sign up for our newsletter
POPULAR AT PATHEOS New Visions
1