Selma: Death of a Meta-narrative 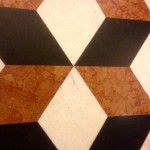 OK, I admit it—I love it when postmodernism calls it right. And the screeches and whines that have emanated over media since the film appeared are the sound of metanarratives dying.

It was the French philosopher Jean-François Lyotard who postulated that the essence of postmodernism is “incredulity toward metanarratives.”

Sure, postmodernism itself is a metanarrative; and it has led to some atrocities of prose, but thinkers such as Leotard have given us a way of looking at the Big Lies that drive power structures. An old African proverb says it better than 99% of postmodernist writing: “Until lions have historians, tales of the hunt will glorify the hunter.”

Director Ava DuVernay (Paul Webb shares the writing credit) has some incredulity going on, and her film blows apart several sacred metanarratives. One metanarrative is that the “good” federal government swept in and curtailed the power of “bad” state government. Another is that white liberals played a starring role in the struggle. Another is that black men led the struggle. Finally, the lions have a historian.

Art doesn’t pretend to be “true,” if by “truth” we mean following the scripts written to build a metanarrative. DuVernay has created a truer true.

I grew up in the South (poor and white) not too far from Selma. I remember those days. The terrorists were the locals. The heroes were not (as much) those who swept in on jets in front of cameras but the ones who acted for justice knowing full well that the Klan knew where they lived–and believe me, it gets very dark in the rural South. That’s the story Ava DeVernay tells. It’s not an easy story to tell in the face of metanarraatives and in the face of a very real titan such as Martin Luther King, Jr.

But it’s how justice gets done in the real world.

January 29, 2015 The Bigness of our Littleness: Humanism and Individualism
Recent Comments
0 | Leave a Comment
"Dear Author,As I read your words I am both "boosted", yet simultaneously frustrated for the ..."
Scot Reichman The Spiritual Practice of Agnosticism
"In other words it should be'celebrated' in the way we 'celevrate" Remembrance Day (11th hour ..."
Ivlia Blackburn The Meaning of Memorial Day
"Talk about that moral arc of the universe that bends toward justice is metaphysical talk—theology—not ..."
NoDifference #Charlottesville and Getting Real
"My tradition is Advaita Vedanta. Yoga is actually union with God. Advaita recognizes no duality ..."
Arthur Shimkus To Whom It May Concern: the ..."
Browse Our Archives
get the latest from
New Visions
Sign up for our newsletter
POPULAR AT PATHEOS New Visions
1