Religion: It’s What You Do

Seriously, No Joke
Have you ever noticed how pointless it is to ask someone, “What’s your religion?” The answer is likely to be a proper noun, such as Baptist or Hindu. But what does that designation mean to the person answering the question? Does such an answer really tell us anything? Beyond, perhaps, an origin for someone’s recent gene pool or perhaps about some idiosyncratic choices?

Separating out religion from everything else we do—all the other meaning-making systems we use—is only a convenience. As anthropologist Jonathan Z. Smith put it,

Allowing for humor and rhetorical overstatement, Professor Smith’s point is that we exist in a matrix of symbolic systems that we separate out only for the sake of contemplation (and, perhaps, clarification).

In our minds—and in our lives—the meanings are all mashed up, a puree or whip of meaning and purpose . . . Is it about morals? ethics? politics? personal integrity?

Human beings are meaning-making creatures. We manage to make the meanings we make in systems of narrative and symbol, some of which we understand, most of which most of us don’t.

In these systems, it’s us or them: we control them, or they control us.

Whenever we aren’t paying attention, it is the latter.
Mushy, Mashy, Meaning 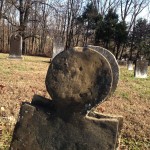 Given this mushy, mashy matrix in which we create the meaning in our lives, removing what is conventionally called “religious” (or “spiritual”) from a personal or collective meaning-making system does not leave a hole or gap, but is rather an opening that other symbolic systems will fill by other means. Or, more probably, the same means by different names.

Religion isn’t a thing; it’s a way of thinking. When we pay attention. When we don’t, religion is just another excuse.

Think for a moment about how many people you know who actually take meaning and purpose from their concept of god. Does it change their way of being in the world? My suspicion is that the concept usually functions as shorthand for something else in most human lives.

The central question for theology is not . . . primarily a speculative question, a problem of knowledge at all. Most fundamentally it is a practical question: How are we to live? To what should we devote ourselves? To what cause give ourselves? Put in religious terms: How can we truly serve God? What is proper worship?

Your cause may be survival. Or approval. Family. World peace. Lots of things.

The symbolic systems we live in are difficult to see and even more difficult to separate into understandable strands. Most difficult of all is putting all the strands back into a conceivable whole. Yet, finally, there is no religion, no politics, no self. Only the forest of symbols and stories we wander in.

Freedom is also figuring out why we do what we do.

January 6, 2015 Finding Home
Recent Comments
0 | Leave a Comment
"Dear Author,As I read your words I am both "boosted", yet simultaneously frustrated for the ..."
Scot Reichman The Spiritual Practice of Agnosticism
"In other words it should be'celebrated' in the way we 'celevrate" Remembrance Day (11th hour ..."
Ivlia Blackburn The Meaning of Memorial Day
"Talk about that moral arc of the universe that bends toward justice is metaphysical talk—theology—not ..."
NoDifference #Charlottesville and Getting Real
"My tradition is Advaita Vedanta. Yoga is actually union with God. Advaita recognizes no duality ..."
Arthur Shimkus To Whom It May Concern: the ..."
Browse Our Archives
Related posts from UU Collective