Greenery Without People: The Future of Post-Religious Community 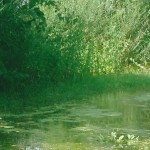 I don’t get it about the natural world.
Like, greenery,
without people in it, is supposed
to do what?

How to do religious community in a post-religious world . . . . As a senior minister in an urban congregation, it’s something I think about every day.

Despite our interconnecting electronic webs, however, we human beings are still very much tribal animals. There is national allegiance; political affiliation; sports teams; race; religion; which generation you are; which popular or unpopular singer you listen to; which Beatle you like, or if you’ve heard of the Beatles; choice in attire; which computer company you buy from . . . an endless list of genetics, geography, time, choices, and fate. Besides all that, there are many who do not have any of those choices, which in most cases is not a choice.

Then there is the non-urban. “Where do you go to church?” is still a definitive question in much of rural America. The answer to that question defines where a person is on the social scale, and even if someone figures into social calculations beyond the category “outcast” at all.

One advantage I have is that my congregation, First Unitarian Society of Minneapolis, declared itself explicitly humanist and post-religious ninety-nine years ago. When questions about how to “do” prayer or child dedications or weddings or funerals come up, I can point to a long a rich history of secular ceremonies. That’s because the congregation has remained “religious” in its humanism, meaning we celebrate life passages communally and still have Sunday morning services, which we have long called “assemblies.” In this “religious” orientation we are much like Ethical Culture Societies and the newer phenomenon of Sunday Assemblies.

Will these post-religious congregations survive? That’s still an open question. Which is why, looking at the empty rooms in the building during the week, I think of alternative ways of filling them. Small atheist groups. Secular humanist groups. Secular Twelve-Step programs. Advocacy non-profits of various types that align with the mission of the congregation.

My suspicion is that the “butts in pews” measure of congregational success is fast approaching its end. Saving that model is not the point, any more than saving a building has a point other than as a place for people to gather into a tribe dedicated to purposes other than consumerism and identity politics.

The question I ask myself is: What is it we offer to world? My answer is, a post-religious, post-Eurocentric, post-colonial ethics that provides meaning and purpose to individuals, humanity, and the world we live in.

I don’t get it about the natural world.
Like, greenery,
without people in it, is supposed
to do what?

People. Gathering in support of each other. People thinking about the way we do things and what we do. That’s what matters.

A building without people in it is supposed to do, like, what?

February 19, 2015 Apocalypse: What Death Cults Really Want
Recent Comments
0 | Leave a Comment
Browse Our Archives
get the latest from
New Visions
Sign up for our newsletter
POPULAR AT PATHEOS New Visions
1