The recent Atlantic article by Graeme Wood, “What Isis Really Wants,” examines the Isis phenomenon from the vantage point of apocalyptic movements. It’s an insightful article. I’m just a bit confused at the reaction. We’ve had apocalyptic thinking living in our midst here in the US for some time. I grew up Pentecostal. Now that’s a death cult for you.

I grew up among people obsessed by “The End Times” and obsessed with the thought that we were living in The End Times. Preachers preached that each new headline proved that the time was short, that Jesus was coming back any moment now. The walls of my Sunday School were plastered with garish posters showing fire and blood so that I could visualize the end of the world. Many in my family studied the signs of the times—talking, voting, expecting—for forty, fifty years . . . then died.

I expect that I too will die long before the end of time.

For many Americans, the words in the book of Revelation remain both a frightening prospect and an excuse to do nothing for humanity or for our earth. For many, as for Isis, it’s all a matter of causing a bit of a row in the Middle East.

When someone named John, sometime around 95 of the Common Era, wrote Revelation, he was already late in a long line of writers imagining the end of the world. And the tradition continues—the Left Behind franchise of books having toted up something over seven-hundred million dollars in sales.

The End is a growth industry. It fuels the murderous dreams of Isis. And many Americans.

Admit it: there is an attractive aspect to thinking that you might see the whole sky roll up like a giant scroll and some god or other sweeping across the skies making everything just fine. Our inner-child WANTS the world to end in a grand sort of way before we ourselves end. We want God to put an end to this world so that we ourselves beat the odds and don’t have to go the way of all flesh.

The fact is that the sort of eschatological thinking that has become so popular in the US is—contrary to what fundamentalists and evangelicals like to think—very new theology. The book of Revelation has long been held in suspicion in the Christian tradition. The Eastern Orthodox Christian Church does not read Revelation as part of its yearly lectionary readings. In the Western, Roman Catholic, tradition, Revelation very nearly didn’t make the final cut of what got into Christian scripture. It took the poverty and violence of the American South to really get the End Times rolling here.

That’s the case with Islam, too.

But there is a problem with apocalyptic thinking: the end never comes—not the wild screaming hordes of Gog and Magog signaling Armageddon; not the Four Horsemen of the Apocalypse; not Quetzalcoatl; not a Golden Age of political peace and prosperity; not the dreams of Isis. This old world just keeps rolling along. With the bodies piling up. And that’s the real challenge we face.

In the Sutta Nipata, one of the oldest Buddhist manuscripts, written down somewhere around 200 BCE, we hear these words:

“What people expect to happen is always different from what actually happens.

From this comes great disappointment; this is the way the world works.” 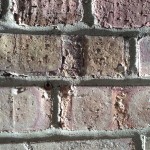 Oh, dear. Don’t you hate it when reality comes knocking?

What do the people in death cults really want? They want to be special. Like . . . everyone.

February 12, 2015
Greenery Without People: The Future of Post-Religious Community
Next Post

February 26, 2015 Religious Humanism: What Was Old is New Again
Recent Comments
0 | Leave a Comment
Browse Our Archives
get the latest from
New Visions
Sign up for our newsletter
POPULAR AT PATHEOS New Visions
1