JUSTICE IS A SNACK AWAY

Justice. It may be a meal best served cold, but not on an empty stomach. Israeli Neuroscientist and business professor Shai Danziger studied the correlation between food and the likelihood that a judge will grant prisoners parole.

In the morning, just after breakfast, the chances of parole are high—around sixty-five percent. But this number quickly plummets until . . . the judge takes a snack break. After the snack, there’s a spike of leniency, then down again until lunch.

Professor Danziger points out that making decisions is tough on our brains. Soon, we suffer from “choice overload,” and we begin to take the easy choice as our blood sugar drops.

The Western World has long viewed the human mind through a metaphor Plato used: a charioteer driving two horses—one horse reason, the other horse passion; one noble, the other not. This dualism, this idea that our reason struggles to keep irrational passion in check, is the basis of Western philosophy; the basis of Western religion. We have come to understand thought and action as a dichotomy of mind and body; of head and heart.

There’s one problem with this way of understanding: it isn’t true. There is no body/mind split. There is no head/heart split. It’s all flesh and chemicals. Our minds are not a charioteer driving two unruly horses. It’s more like we’re riding one horse, but we aren’t holding the reins. When we arrive at the place the horse chooses to go, we create reasons for why that’s exactly where we wanted to be.

Justice is dependent on blood sugar? More than we’d like to think. What has revealed this fact to us? Reason.

The more we learn about ourselves, the more we know that we are not rational creatures most of the time. In the case of most decisions, we have already made up our minds before we realize it, and our rationality merely acts as a village explainer, justifying our actions to ourselves and sometimes others. Just as in the free-ranging horse metaphor.

Yet, paradoxically, the human enterprise has been best served by reason—in the scientific method, in mathematics, in scholarship. What has been called “the Enlightenment project” depended upon these conscious acts. 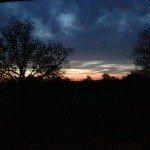 What is and is not threatened by our contemporary understanding of reason? The justice system, for one thing. That appears to be less just than we might have hoped.

Democracy? Attack ads have done what the armies of tyrants could not.

Capitalism? Free market Capitalism depends upon a rational market. The field of behavioral economics has shown this to be as much a myth as Plato’s charioteer.

Reason isn’t what it used to be. Dan Ariely, a Duke professor of psychology and behavioral economics, has opened a study center at the university he calls the Center for Advanced Hindsight. Dr. Ariely’s research joins the work of scores of neuroscientists demonstrating that the Western Enlightenment, with it’s Reason with a capital R and the projects that flow from it, from jurisprudence to democracy to capitalism, all have feet of clay. Swiftboating, not cold logic, will drive the actions of both nations and shoppers.

Our new understanding also shows that when it comes to what is real and true, the dead reckoning of reason may be anemic and difficult, but it’s all we have. Descartes, Spinoza, and the rest knew this, as they looked out on the demon-haunted worlds they were born into. We forget at our peril.

April 16, 2015 What’s in the Way is the Way: Stoicism and the Spaces Between
Recent Comments
0 | Leave a Comment
Browse Our Archives
get the latest from
New Visions
Sign up for our newsletter
POPULAR AT PATHEOS New Visions
1