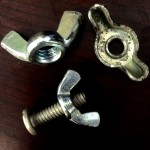 Orthodox Unitarian Universalism is syncretic, in theologian-lingo. In philosophy and the arts it’s called eclecticism, and I prefer that term because it’s a bit closer to common English usage.

UUs are often eclectic in religious orientation—mindfulness, yoga, perhaps a nod toward reincarnation, some awareness of Jungian psychology, a bit of Process Theology when it comes to the god symbol, Humanism when it comes to science and progressive politics, with some appreciation for gospel music thrown in.

This conglomeration tends to be a set of beliefs and behaviors learned in adulthood, overlaying a childhood religious orientation in some flavor of Christianity or Judaism.

Added to this is an overt and learned belief that all religions are more or less A-OK. Eclectic.

Though this sort of thing isn’ for me, I can see its appeal. It’s the logical outcome of the “one path, many mountains” theories that sprang up all over the planet in the late Nineteenth Century as colonialism taught both oppressor and oppressed how similar various human religions actually were. “There must be something behind it all,” people began to say.

(And there is, we Humanists reply: it’s just that the “something” is human psychology, not a god.)

But here’s the thing about eclecticism: it’s not for everyone.

That’s why the conglomeration that is the Unitarian Universalist Association of Congregations has generated what are known as hyphenated-UUs over the years—Christian, Earth-Centered, Hindu, Jewish, Buddhist, Humanist, and I’m sure I’m leaving some out.

This hyphenated phenomenon exists for two reasons: eclecticism isn’t for everyone; and we eclectics find the community of Unitarian Universalism a commodious home. (Now, parenthetically, I must add that since UU congregations are each free and independent, some congregations lean toward one or the other of these wings.)

However, give us wing nuts some credit. We do UUism a service. Eclecticism can’t exist in a vacuum, after all. Eclecticism requires some new ideas to continue functioning. In other words, we wing nuts provide fodder for the eclecticism of the non-hyphenated ones.

But here’s the challenge for wing nuts: we must, must, must stay up-to-date in our wing-nut-dom. We must know what contemporary Humanism, Buddhism, and what-have-you is saying.

None of that 1950’s stuff, wing nuts! Because . . . well, an informed eclecticism requires knowing what’s ec- in the -lectric these days. The eclectics need to see the struggles that the various wing nuts are facing now.

The problem for orthodox UUism is when one or the other of the wing nut options predominates. This was the case of Humanism in Unitarianism in the 1950s, and this propensity entered the new UUism by simple dint of numbers. This began to change in the 1980s when Buddhism became more mainstream in general US culture. Buddhism, however, is so “exotic” to Western thinking that whole congregations seldom if ever adopted the whole package. Congregations, rejecting Humanism, have tended to default to the Protestant liturgy and language that many UUs know well from childhood.

French philosopher Alain Badiou redefines the word “encounter” to mean those interactions that are honest attempts to listen to others. Encountering differences with an open mind leads to what Badiou calls “shared consequences, shared innovations.”

Therefore, General Assembly—and UU congregations themselves—provide an ideal encounter experience—a place of where we can all get outside of what Badiou calls our micro-milieux.

UUism has no theology other than to say that the wing nuts sometimes make sense. So, get crackin’, fellow wing nuts. We’ve got some encountering to do . . .

July 28, 2015 BLACK LIVES MATTER
Recent Comments
0 | Leave a Comment
""
nemery11 #Charlottesville and Getting Real
"Dear Author,As I read your words I am both "boosted", yet simultaneously frustrated for the ..."
Scot Reichman The Spiritual Practice of Agnosticism
"In other words it should be'celebrated' in the way we 'celevrate" Remembrance Day (11th hour ..."
Ivlia Blackburn The Meaning of Memorial Day
"Talk about that moral arc of the universe that bends toward justice is metaphysical talk—theology—not ..."
NoDifference #Charlottesville and Getting Real
Browse Our Archives
Related posts from UU Collective